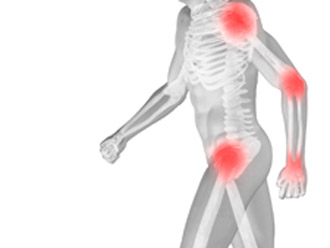 “I think vitamin D is introducing a golden age of medicine.”

This enthusiastic quote, from Dr. Cedric Garland, professor of preventive medicine, University of California, was produced in the early days of the new research on vitamin D. Because I tend to agree with Dr. Garland’s position, I am all the more impressed that advocacy groups like Grassroots Health, with their D*Action project, are not letting vitamin D be smeared with bad science (as with the New Zealand osteoporosis study (Article), but are taking matters into their own hands. By involving the public, and producing their own studies, they may avoid allowing vitamin D to be blown out of the water, like what happened with vitamin A.

Vitamin A, nearly as important a supplement as vitamin D, is now, in most people’s minds, considered to be a dangerous supplement that can only be safely taken in insignificant amounts. This prevalent attitude is due to disinformation campaigns, and unquestioning media attention to such campaigns, to the point where now even many naturopaths believe the bad science about vitamin A. As seen in the links below, I have spent a lot of time trying to convince people that vitamin A  is both safe, and necessary for treating many ailments.

If indeed, vitamin D is part of the golden age of medicine (remember vitamin D has been found to influence over 200 genes, and some scientist believe that a deficiency in vitamin D may be linked to up to 80% of cancers), it is time we took the science out of the hands of corrupted scientists, who are merely agents for pharmaceutical interests, and keep the research balanced and democratic.

Now, let’s have a look at the latest anti-vitamin D spin from the scientific community, again, like the flawed New Zealand study, spread over the internet and throughout the newspapers without question.

One website reviewing this new study highly critical of vitamin D, described the situation as such: “Just when it seemed like vitamin D was the new king of dietary supplements…a recent review of hundreds of studies and clinical trials is knocking D off its throne.” Perhaps actually looking at the study in question before dancing on D’s grave, would have been a more proper journalistic approach.

This new meta-analysis of existing studies on vitamin D, published online (Dec/13) in The Lancet Diabetes and Endocrinology, maintained that, although low vitamin D levels are clearly associated with higher risk of a wide variety of diseases, supplementing with vitamin D had little impact on reducing occurrences of these diseases. This overview, examined data from 290 observational studies and 172 random trials, all of which used blood levels of vitamin D to measure outcomes.

Their conclusion was that low vitamin D levels are a result of certain diseases, including cardiovascular disease, metabolic syndrome, depression, multiple sclerosis, and certain cancers, but not the cause.

According to the researchers, from the International Prevention Research Institute in Lyon, France, low vitamin D levels are likely caused by disease-related inflammation. Since inflammation is associated with a wide range of diseases, if inflammation itself caused reduced levels of vitamin D in the body, this would explain why vitamin D deficiency appears linked to so many ailments. The icing on the cake is that in their report, the scientists actually advised against supplementing with vitamin D. Dr. Autier, one of the researchers in this study stated: “Unfortunately, there is probably no benefit to expect from vitamin D supplementation in normally healthy people.”

Here is some of that study:

“Results from intervention studies did not show an effect of vitamin D supplementation on disease occurrence, including colorectal cancer. In 34 intervention studies including 2805 individuals with mean 25(OH)D concentration lower than 50nmol/L at baseline supplementation with 50μg per day or more did not show better results. Supplementation in elderly people (mainly women) with 20μg vitamin D per day seemed to slightly reduce all-cause mortality. The discrepancy between observational and intervention studies suggests that low 25(OH)D is a marker of ill health. Inflammatory processes involved in disease occurrence and clinical course would reduce 25(OH)D, which would explain why low vitamin D status is reported in a wide range of disorders.”   (Study)

Levels of Vitamin D Too Low to Prevent Disease

To help with interpreting the numbers used, remember from our previous blog on vitamin D testing (Blog), that the 50nmol/L is equivalent to 20ng/ml, something that has clearly been established as being too low to maintain bone density (see bone density blog).  And 20ng/ml is far below the recommendations of most vitamin D experts (who suggest we attain a level of 50ng/ml), for avoiding vitamin D deficiency ailments (see previous blogs).

When we convert the amounts that were given as supplements in the above study from the ug measurement to IU’s, we see that the 50ug is equal to 2,000IU, and the 20ug is equal to 800IU. So what that tells us is that, for those with a blood level of 20ng/ml, taking 2,000IU of vitamin D is insufficient to affect enough of an increase in blood levels, to prevent disease.

As we’ve seen in an earlier blog (from the Grassroots website: Link), if you have blood levels of 20ng/ml, and you had an average adult body weight, you would need to take 4,300IU of supplemental vitamin D daily, in order to get into the 50ng/ml range.

Even with their criticisms of vitamin D, the study observed that supplementing the elderly with only 800IU (20ug) of vitamin D “seemed to slightly reduce all-cause mortality”. And yet they still suggested that supplementing with vitamin D is an ill advised practice. Like with the highly flawed New Zealand study, this one was splashed all over the media, with inflammatory headlines, and little by way of critical analysis.  I’m sure it won’t be the last smear campaign that we see, but the next time you see such a headline, be sure to take it with a grain of salt.

The Importance of Vitamin K2