Vitamin D has become known as the “sunshine vitamin” in Canada’s long dark winters. Vitamin D deficiency is one of the most prevalent nutrient deficiencies for people living outside of the tropics. 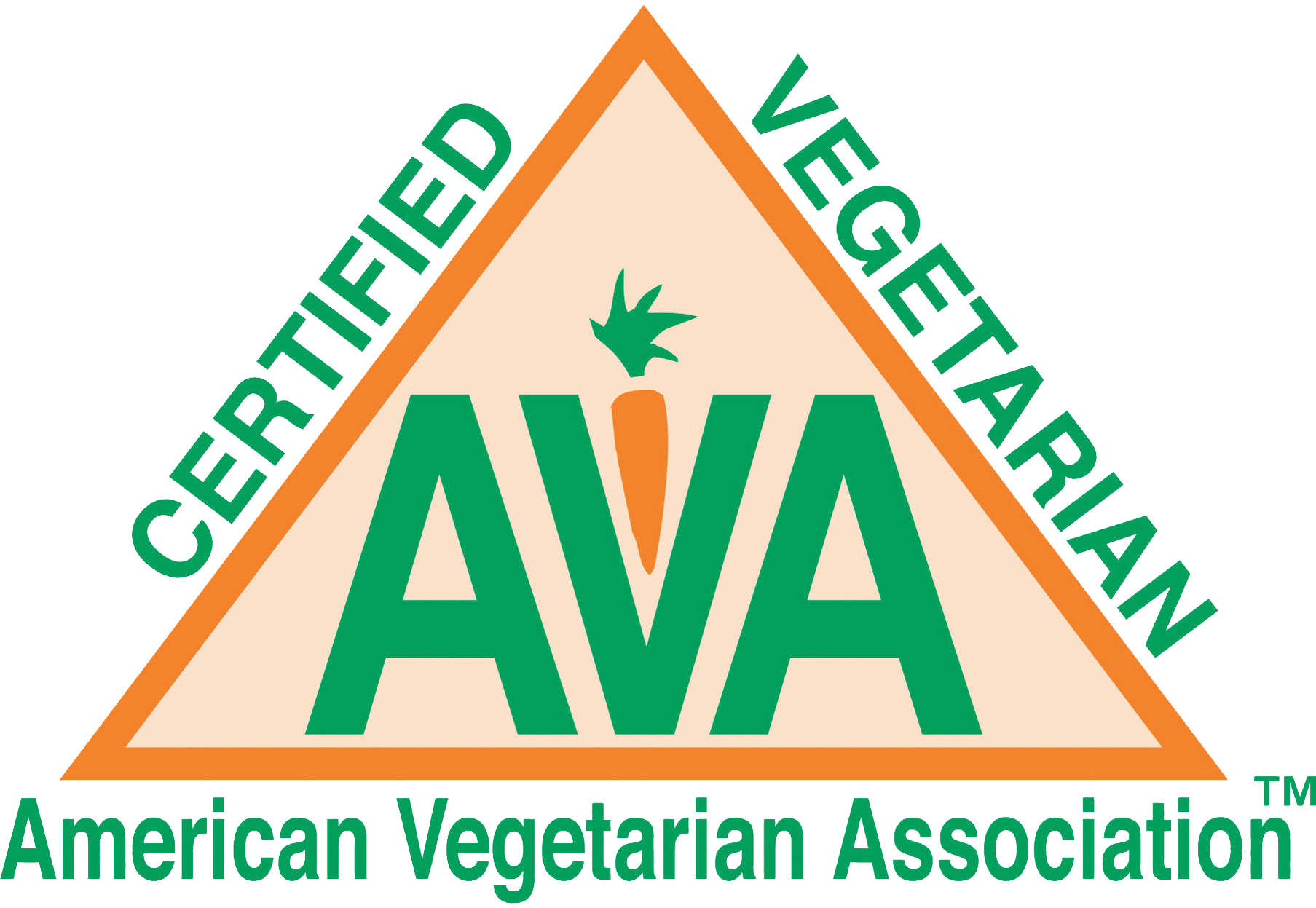 Approved by the American Vegetarian Association

The source of the lanolin (from which our vitamin D3 is derived) has been approved by the American Vegetarian Association; assuring the animal (in this case sheep) is neither harmed nor killed, and treated humanely.

Quick D uses the most bio-available source of vitamin D, cholecalciferol or D3 in its most absorbable form: emulsified liquid. To enjoy extraordinary health feed your body with the sunshine vitamin – Quick D. If you take only one supplement this should be it.

• Vitamin D3 – Cholecalciferol – the biologically active form from natural sources
• Emulsified liquid form is the most absorbable type of D3
• No unpleasant taste or capsules to take
• Glass bottle and dropper
• Convenient and easy to take
• Organic sunflower oil – a stable and healthy natural base
• Cost effective – with over 960 drops in each bottle, its one of the most economical options on the market.
• Vegetarian friendly

In a non-medicinal base of: Organic sunflower oil, mixed tocopherols.

Directions: Take one drop daily, or as directed by a health professional. May be taken with or without food.

Warning: Consult your health care practitioner before using any health supplement, especially if you are pregnant or nursing, anticipate surgery, take any medication or are under medical supervision.

Consult with a physician before taking vitamin D if you have sarcoidosis, liver disease, lymphoma , kidney disease, hyperthyroidism or tuberculosis.

Phenobarbital, Cholestyramine (Questran), orlistat (Xenical), colestipol (Colestid), phenytoin (Dilantin), and mineral oil may interfere with vitamin D absorption and metabolism. If you are taking any of these drugs you may need to increase your dose of vitamin D.

Consult with a physician before taking vitamin D if you are using thiazide diuretics or digoxin (Lanoxin).

Do not use if safety seal is broken.

Keep out of reach of children.

Return Policy: If you aren’t 100% satisfied please return any unused portion and the bottle to the place of purchase for a full refund.

How much vitamin D is in one drop?

Each drop of Quick D contains 1000IU (500IU Child’s) of naturally derived, biologically active vitamin D. Quick D is made with some of the most stable ingredients available. The base contains vitamin E (mixed tocopherols) and organic sunflower oil. Most liquid vitamin D products use an undefined generic vegetable oil for their base which may contain various possible allergens or genetically modified ingredients.

How common is vitamin D deficiency in Canada?

Currently known as the “sunshine vitamin“, vitamin D was once known as the “antirachitic vitamin” due to its use as a treatment for rickets (a disease causing bones to become soft and bendable, leading to bowed legs, knock knees and other bone malformations). These days the winter blahs and the longing for a sunny tropical vacation may be more modern indicators of a vitamin D deficiency. Studies suggest that as many as 85% of Canadians may have dangerously low levels of vitamin D during our long winters. The supplement is now being prescribed for such problems as low energy, depression and joint pain. Even celiac disease (gluten-sensitivity) is indirectly linked to a deficiency of vitamin D.

How is vitamin D related to multiple sclerosis?

Vitamin D is a fat-soluble nutrient that functions as both a vitamin and a hormone. Active metabolites of vitamin D are produced in the liver and kidney, and affect other tissues, primarily the intestinal mucosa and bone tissue. Up until recently it was believed that the only important function of vitamin D was to increase absorption of calcium and to increase calcium deposition into bones. Then we found that cultures below the equator had very little incident of multiple sclerosis, yet when those same peoples moved north of the equator, their levels rose to the same as those residing in the northern countries.

A recent issue of the Journal of the American Medical Association published a study done on white members of the U.S. Military. In this study the soldiers with the highest levels of vitamin D were 62% less likely to develop MS than those with low levels. Dr. William Finn, a vitamin D expert at the University of North Carolina stated, “There is no question that vitamin D deficiency is an epidemic in the U.S.” and this study was “just one more reason to pay attention to it.” How is vitamin D related to cancer?

Before long a link between low vitamin D levels and prostate cancer was established. “Our findings suggest that vitamin D plays an important protective role against prostate cancer, especially … aggressive disease,” said Haojie Li, MD, PhD, a researcher at Brigham and Women’s Hospital and Harvard University School of Public Health, in a recent news release. They found that men with the highest levels of vitamin D had significantly lower overall risk (45%) of developing prostate cancer. A study is currently under way to test a high dose vitamin D product (DN-101: Calcitriol) in conjunction with a chemotherapy drug for treating those with prostate cancer. The hope is to increase survival times and improve quality of life in those cancer patients studied, and was already noted that the patients have found the chemotherapy easier to tolerate.

Another new study published by the American Journal of Preventive Medicine explored the link between blood levels of vitamin D and the risk of colon cancer, observing 1,500 individuals over 25 years. They found that a daily intake of 2,000IU of vitamin D3 could reduce the incidences of colorectal cancers by 2/3. It has already been observed for some time now that death rates from breast, colon, ovarian and prostate cancer are considerably lower in countries with sunnier climates.

A recent breast cancer study has found that individuals with the highest blood levels of vitamin D had the lowest risk of breast cancer. (Journal of Steroid Biochemistry and Molecular Biology). Dr. Cedric Garland of the University of California went so far as to state, “It has more potential than any other vitamin or micronutrient to prevent cancer.” The doctors went on to say that by taking 2,000IU of vitamin D3 daily, one could maintain a serum blood level of D associated with a 50% reduction in breast cancer risk. They then suggest that spending 10 to 15 minutes daily in the sun will accomplish this.

For years we have been advised to stay out of the sun excessively to avoid getting skin cancer. Ironically, it now appears that a deficiency of vitamin D may also be linked to skin cancer, as well as the aforementioned forms of cancer. The Cancer Society now suggests that you get “some” sun, but not “too much.” It was previously assumed that we got plenty of vitamin D from our limited exposure, and they still maintain that 10 to 15 minutes is sufficient. We now know that this is not necessarily so.

How is vitamin D created and absorbed?

Making vitamin D from the sun is not as simple as we thought. The process begins when the natural oils on your skin are irradiated by the ultraviolet rays of the sun. An inactive sterol formed from cholesterol then converts to the substance cholecalciferol. At this point the compound enters the blood through the skin and is converted to the active form of D3 in the liver. However, creating vitamin D in the skin from sunlight is restricted by skin pigments and natural keratin, as well as synthetic sun blocks, all of which screen out ultraviolet light.

Sun block with an SPF of only 8, will inhibit more than 95% of vitamin D production in the skin. Clothing, smoke, fog, smog and most glass screen out the UV light and interfere with vitamin D formation. Then there is the daily shower that washes away all of the oils on the skin’s surface. Moisturizer does not serve the same function as natural oils, as far as the creation of vitamin D is concerned. Still, it is suggested that a Caucasian could generate enough vitamin D by exposing 50% of the skin to 15 minutes of noontime sun on a clear day. Those with darker pigment would require closer to 25 minutes under the same conditions.

Researchers at the University of California, San Diego, have found that the skin holds a fair bit of inactive vitamin D until it is attacked by microbes or bacteria. It then activates the vitamin D in the skin converting it into the D3 form in order to defend the skin against these invaders. “Our study shows that skin wounds need vitamin D3 to protect against infection and begin the normal repair process,” said Dr. Richard Gallo in the Journal of Clinical Investigation. It has already been established that vitamin D will help fight infectious diseases of the lungs, such as influenza and tuberculosis. Psoriasis is often treated with ultraviolet light, and research has revealed that very early studies of patients with the condition had low blood levels of vitamin D. Applying vitamin D topically to those with psoriasis has been shown to reduce the symptoms.

What are the different types of vitamin D?

Supplemental vitamin D is usually defined as ergocalciferol (D2 from irradiated yeast) and cholecalciferol (D3 from irradiated sheep’s wool or fish liver oil). It is now believed that only the D3 form is active, and so should be the preferred choice when purchasing a supplemental form. The only practical dietary source is vitamin D-fortified milk (other dairy products are not fortified), which only provides approximately 100IU of vitamin D per cup. Vitamin D is found naturally occurring in cod and halibut liver oils, in the edible portion of oily fish (salmon, herring and sardines) egg yolk, butter and liver.

How much vitamin D is safe to take?

Since plants are a poor source of vitamin D, strict vegetarians who cannot get daily exposure to sunlight should consider a supplemental form. The medical system maintains that taking more than 2,000IU of vitamin D per day can cause the body to absorb excessive calcium, possibly damaging the kidney and liver. In those prone to kidney stones high vitamin D levels can elevate their risk due to increasing the levels of oxalates in their urine. On the other hand, those naturally treating conditions of multiple sclerosis take around 6,000IU of vitamin D per day. One physician, a pioneer in the field of “orthomolecular” nutrition, has been advising some of his patients with depression to take 10,000IU of vitamin D per day throughout the winter, suggesting that it is the equivalent of a tropical holiday.

Toxicity in adults occurs when they take 100,000IU daily for a few months. Yet in the only documented case of pharmacological overdose (www.vitamindcouncil.com) a man inadvertently took between 156,000IU and 2,000,000IU daily for 2 years. Once properly diagnosed, he recovered with treatment of steroids and sunscreen. To put these amounts of vitamin D into perspective consider what nature provides. Humans make at least 10,000IUof vitamin D within 30 minutes of full body exposure to the sun. Historically even those of us in the northern hemisphere would have spent considerably more time outdoors than 30 minutes per day.

If you think you are possibly deficient have your doctor do a blood test to confirm it. It is not recommended to self-prescribe the vitamin.