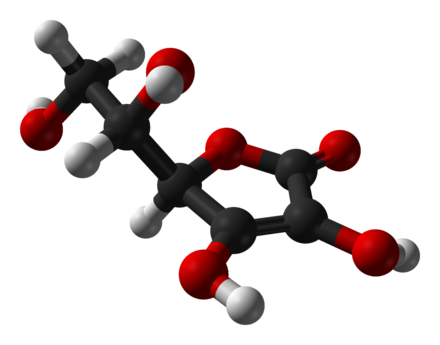 There are two kinds of people in the world: those who divide the world into two kinds of people and those who don’t. I am clearly in the former camp, and in this case we will divide people into those who are pro-pill and those who are anti-pill. This article is for the latter, to help you cut to the chase and to focus on the most important nutrients, those with the most potential to help prolong your good health and longevity.

I, as a nutritional consultant and product designer, am one of those who has a cupboard full of nutritional supplements and who ingests anywhere from 5 to 20 pills daily. Clearly I’m a believer. But many of you detest choking down pill after pill, let alone doing all the research to discover which pills require other pills to balance them out and what is the ideal dosage. Not to mention following up on the research every time a new study hits the news media informing us that vitamin C or vitamin E is now been discovered to be dangerous, or Echinacea and St. John’s Wort have proven to be worthless.

These disinformation campaigns are designed to make us afraid of cheap alternatives to pharmaceutical solutions and no better example exists than the fear engendered in everyone about too much vitamin A. Those who have read my newsletter “Sunglasses, Vitamin A and Asthma” will already know my position on the subject, but when I can have a client reduce his “puffer” use to next to nothing with $5 worth of vitamin A, we can see that some might find this solution a little threatening to a billion dollar industry.

So we will begin with vitamin A. Because of the prevalence of air pollution, and indoor pollution in energy efficient homes, one of the worst assaults that modern living perpetrates is facilitated by a thinning of the mucus membranes, due to a lack of vitamin A. Since our main source of vitamin A is cow liver, which few eat anymore, and fresh carrot juice, which not everyone has ready access to, we are commonly deficient in vitamin A in the West. The first indicator of this deficiency is squinting in the sun, thus the link between sunglasses and asthma.

Vitamin A, at 30,000iu to 50,000iu daily for a month or until one doesn’t squint in the sun, will rebuild all internal mucus membranes, from the top orifice to the bottom one. If you are not a squinter and have no sinus, lung or allergy conditions, then 10,000iu five days per week, is sufficient protection against airborne pollutants.

If you do not already take vitamin D, then get you should get vitamin A in the form of Halibut Liver Oil, as this will come with 400iu of vitamin D per capsule (along with 10,000iu of A) which also works to rebuilt mucus membranes, and helps to ward of influenza in the winter months. Vitamin D is now considered an essential nutrient for anyone living north of Southern California (to help prevent depression, colon cancer and M.S.), so a Halibut Liver Oil pill is a two-for.

I’ve often said that if you were to pick only one supplement it would have to be vitamin C. This is due to the fact that almost every mammal except us (and a guinea pig) produce copious amounts of vitamin C, but we have lost the ability to do so somewhere along the evolutionary scale. The importance of vitamin C is illustrated by the fact that many researchers in this field believe that heart disease is merely a form of scurvy (vitamin C deficiency).

Linus Pauling the Nobel Prize winning father of vitamin C research, himself took 12 to 18,000 mg of vitamin C daily, based on what the average production of C in a mammal of our size would be. He did make it to 92 years of age, so obviously it did no harm. I’m not advocating that amount as it can make one prone to “rebound scurvy” if you suddenly quit. This tendency of the body to not store or utilize nutrients efficiently if we are too generous with it is the reason that I always advise people to generally skip 2 days a week with their supplements. Too much feasting leads the body to becoming sloppy and inefficient; by skipping a few days a week, we remind the body there is also famine and it tends towards a more efficient use of supplemental nutrients.

Vitamin C is also your cheapest approach to elevating glutathione levels in the body. Glutathione is part of your free-radical defense system that is involved in both immune support and detoxification pathways. The optimal dosage of vitamin C is 500 mg to enhance glutathione levels, and the preferred form is “buffered” vitamin C (such as calcium ascorbate rather than ascorbic acid). Buffered C stays active in the body for at least three times longer than ascorbic acid.

Any more vitamin C at one time will give no greater spike in glutathione, though higher dosage levels may be use to fight infection naturally. At the very least you would want 500 mg of buffered vitamin C taken with meals one to three times daily. Adding good quality bioflavonoids (such as rutin, hesperidin and quercetin) to vitamin C improves its absorption and efficiency as well as strengthening veins and capillaries.

The next most important nutrient (and these are not in descending order) is magnesium. It has been suggested that if we simply fortified water with magnesium that we could cut heart disease rates in half. Remember, that heart disease is the leading cause of death in the Western world. The reason than magnesium deficiency is so common is the widespread use of dairy products, combined with a lack of green leafy vegetables in the modern diet.

Magnesium deficiency symptoms include cramping or spasms in the legs or feet, especially at night, irregular heartbeat and high blood pressure. I’ve had all these symptoms clear up with a month or two on 450 to 600 mg of magnesium citrate (in divided doses or you may see a laxative effect) daily.

The other reason that magnesium deficiency is widespread is the insane advice from doctors suggesting that women take 1000 to 1500 mg of calcium daily, on top of the calcium they receive from dairy products. This is ridiculous because the average intake of calcium from a traditional diet is generally no more than 500 mg daily. And these are cultures that show very little osteoporosis problems (Japan and China, until recently).

Fortunately this may change soon as just last month a study was released linking calcium supplements to heart disease and strokes in women. The study didn’t go as far as making the link between excessive calcium and low magnesium, but at least now the dialogue will begin in the scientific community.

Again, calcium contracts and magnesium relaxes, therefore if you have leg cramps you clearly have too much calcium and/or not enough magnesium, yet so many times people with such a problem are told by their doctor to take extra calcium for leg cramps. For more information on the subject see the newsletter “Killing With Calcium”.