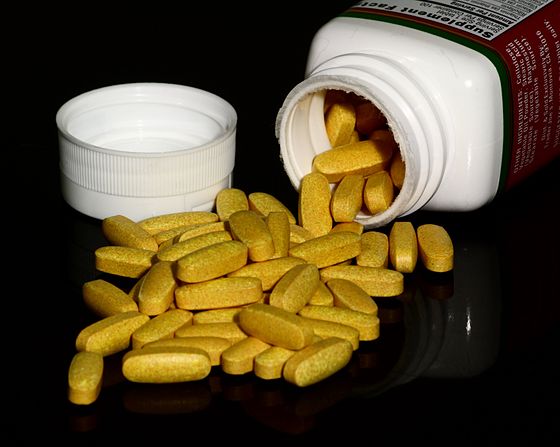 So, you don’t fancy going through 10 bottles of vitamins every morning, and you go looking for the best “one-a-day multiple vitamin and mineral” that you can find. The problem is: no one tablet can provide sufficient quantities of everything you need, especially vitamin C, vitamin E, calcium and magnesium. Were these to be included at adequate levels in one pill, it would be impossible to swallow.

Let’s assume you find the best one-a-day multiple you can, perhaps one that is gender specific. Such a formulation will provide extra iron for women and extra zinc for men, as this is the only essential difference in nutritional requirements between genders. (Women will lose iron during menstruation, and men lose zinc during ejaculation.) Formulas for men, and post-menopausal women, should not include iron, as excess iron has been linked to heart disease. If you eat red meat and you are a male, or a female past menstruation, you should avoid iron supplementation, unless you have been diagnosed as iron-deficient.

Your high quality one-a-day will provide enough vitamin A and D for basic needs, as well as sufficient amounts of zinc (10 to 15 mg; more zinc is required by those with prostate problems) and some of the trace minerals such as chromium and selenium (100 to 200 mcg of each). Unfortunately, it will provide some or all of the vitamin A as beta carotene, and 90% of the time it will be synthetic beta carotene which is essentially worthless. If it is natural beta carotene, a viable supplement, it will state the word “natural” or list “mixed carotenoids” as well.

Good formulas include about 25 to 30 mg of most of the B vitamins, which is enough for the average person. The B complex should include at least of 20 mg of B-6, 100 mcg of B-12 and 1 mg of folic acid, these being the minimal amounts required to prevent homocysteine build-up in the blood, which causes cholesterol to trap in the arteries.

If you feel the need for a higher level of B vitamins, perhaps due to high stress levels, and you decide to take an extra B-complex, take it at a separate meal from the ones you get in your one-a-day. Taking them together would only give you expensive urine, as the blood can only hold so much of the Bs at once. The best way to take B vitamins is in divided doses. Time-release is no longer considered a valid technology for the delivery of B vitamins, as they are picked up in the upper intestinal tract, and pills sink to the lower intestinal tract.

Remember all vitamins, minerals, and fatty acids, should be taken with food.

Now, to bring that one-a-day up to the level where you get the amount of nutrients scientifically proven to help protect against cancer and heart disease, it is essential to add extra vitamin C (a minimal of 500 mg) and vitamin E (a minimal of 400 IU). For women, and those with a poor diet, the addition of extra calcium and magnesium offers protection against hypertension and osteoporosis.

Vitamin C should ideally be in a buffered form (e.g. calcium ascorbate, sodium ascorbate or Ester C), as this form is retained in the body far longer than ascorbic acid (the cheapest and most common form of vitamin C). In this case a mineral, which is alkaline, is bonded to the ascorbic acid, creating a ph neutral ascorbate, which is the form in which mammals produce vitamin C in their bodies. Also, at high levels vitamin C in the acidic form can cause a laxative response, and leach minerals from the body, in order to neutralize the acid component.

A vitamin C supplement should include biofavonoids, which work synergistically with vitamin C as anti-oxidants, and to strengthen veins and capillaries. Cheap bioflavonoids are defined on the label as “citrus bioflavonoids,” which amount to waste pulp from the citrus fruit industry, and may have some, little or no biological activity. Quality bioflavonoids, that is, those with proven activity in the body, include hesperidin, quercetin and rutin.

Two powerful forms of biofavonoids for those in need of therapeutic doses (i.e. for varicose veins) are grape seed extract and pycnogenol (derived from pine bark). Your intake of vitamin C should be at least 500 mg, 2 or 3 times per day. While one may take much more vitamin C (Linus Pauling took 18,000 mg per day and lived to be over 90,) 500 mg is the minimal dose required to elevate glutathione levels, thus enhancing immune and detoxification functions. However, increasing the dosage above 500 mg, while it may have other benefits, will not elevate glutathione any more than 500 mg will.

Vitamin E should be in a natural form (“d” alpha rather than “dl” which indicates the synthetic form), and daily intake should be from 400 to 800 IU Dr. Andrew Weil, one of the most respected voices in the alternative healing field, suggests that those under the age of 40 need 400 IU, per day, and over the age of 40 should have 800 IU, per day.

A “mixed” vitamin E is closer to the way vitamin E is found in food, providing the family of tocopherols, not just alpha tocopherol, and is considered superior for circulatory disorders. Some studies have indicated that the dry form of vitamin E, succinate, is a superior antioxidant to the common oil-based form, and is definitely better for those who do not digest fats well. Vitamin E as acetate is the most common natural form used commercially, as it is the most stable (e.g. will not oxidize easily) form on the market.

Calcium-magnesium combinations are available in a variety of forms including chelated, citrate, coral, carbonate, and others. It turns out that the advantage of citrate over other forms is only based on being taken on an empty stomach. Since it is generally not advisable to take isolated nutrients on an empty stomach, if you are taking your minerals with food, the form of mineral is not that important.

For people that consume a lot of dairy products, it is more important to make sure they get enough magnesium, as they can easily get too much calcium, which ultimately can deplete magnesium levels. In traditional cultures that show no signs of osteoporosis, the average daily calcium intake is from 350 to 500 mg (elemental) per day. In fact a recent study gave post-menopausal women only magnesium, no calcium, and halted bone-loss. This is due to the fact that most people consume dairy products, getting plenty of calcium, but do not eat sufficient dark green vegetables (broccoli, kale, Swiss chard, etc) to get enough magnesium in the diet to assimilate the calcium.

Vitamin D is being considered more and more important by scientists, especially if you live in the Northern hemisphere. It not only is required for proper calcium absorption but also is linked to helping prevent multiple sclerosis and prostate cancer. It is now considered quite safe to have 2000 to 3000 IU of vitamin D per day (and much more in many cases).

Daily intake of calcium should be from 250 to 500 mg (if you use no dairy products and are at risk for osteoporosis), as elemental. This means the actual amount of calcium absorbed. For example if you have 500mg of calcium citrate only 100 mg is actual calcium, the rest being the carrying agent: citrate.

In Canada, when the form of mineral is in brackets then the following number must be an elemental figure. Thus: Calcium (citrate)….200 mg means that you are getting 200 mg of fully utilizable calcium. Whereas: Calcium citrate…200 mg, means you are only getting 40 mg of elemental calcium. This becomes a concern mostly with capsules, which cannot hold nearly as much as a tablet, the problem being that tablets are very poorly digested as they are, essentially, little rocks (being made of compressed minerals). So it is preferable to get calcium in a capsule or liquid form to guarantee digestion.

If you are taking 600 mg or less of calcium (in divided doses), you can use a one-to-one ratio of calcium to magnesium. At levels above 600 mg per day of calcium you must use the traditional two-to-one ratio of calcium to magnesium, as high levels of magnesium can have a laxative effect. The advantage of taking 500 mg of calcium with 500 mg of magnesium, is that the calcium will use half the magnesium to assimilate itself, and the other half will be available to help you digest the calcium in your diet more efficiently. Signs of insufficient magnesium in the diet include muscle cramps, hypertension, irregular heartbeat and sleep disorders.

At this point you may want to add full spectrum enzymes to the mix, in order to facilitate digestion of both the supplements and the food they are consumed with.

Essential fatty acids may be obtained in liquid supplemental form as flax seed oil (just omega 3’s) or a mixed vegetable oil such as “Udo’s Oil” or “Essential Balance,” or hempseed oil (all a mix of Omega 3 and Omega 6.) But be aware that when using these oils in pill form that it requires 14 capsules to equal one tablespoon of oil (the low end of fatty acid supplementation.) In pill form fish body oils (such as salmon) for the Omega 3’s, and evening primrose or borage oil, for the Omega 6’s, are the most effective. One fish oil pill is equal to at least 5 flax oil caps.

Now that you have most of your nutritional bases covered, you’re up to 5 or more pills per day. For the sake of convenience, a variety of pre-made multi-packs are available, such as NutriPods. These packs can run from 3 to 9 pills per serving. In the case of the larger pill packs you will find most of what was discussed above, as well as extras. You may also get “superfoods” such as kelp and alfalfa, for iodine and other trace minerals, spirulina and other greens for their detoxifying and alkalizing effect, and other herbs like Siberian ginseng for fighting stress and enhancing energy levels. Look for bonus antioxidants such as Alpha Lipoic Acid, Grape Seed Extract and Quercitin, which complement the basic nutritional antioxidants (A, C, E and selenium.)

A final note about swallowing so many pills. Washing pills down with a cup of liquid has the side effect of diluting the stomach acid, which reduces the digestibility of everything. Try swallowing the pills with the food as you eat. One does not need to chew the pill, just slip it into the mouth prior to swallowing the chewed up food. An added benefit of this technique is that the throat opens wider for food than liquid, so for those with difficulty swallowing, even large pills go down easy.

« Sunglasses, Vitamin A and Your Lungs
The Problem with “Mega Vitamin Packs” »