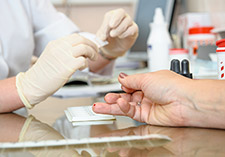 A vitamin D blood test is the only way to know if we are getting enough vitamin D or not.

I believe in the therapeutic power of higher than normal doses of vitamin D, but I also believe that high levels of isolated nutrients can lead to problems down the road. Such problems are often due to the fact that all nutrients have co-factors. Therefore, taking unnaturally (that is amounts found outside of normal dietary intakes) high amounts of one nutrient, will deplete the body of other nutrients.

We have addressed the basics of vitamin D co-factors in previous blogs (vitamin A and vitamin K2), and it is advisable to consider taking these co-factors along with your vitamin D supplement. And, I also suggest skipping your vitamin D supplement for a couple of days each week, in order to allow the body to use up any excess of this fat-soluble vitamin that we may be carrying. I believe this safety feature should be practiced with most supplements.

There are those of us who choose to take 5,000IU of vitamin D daily (or more), for treating ailments, or just because we believe some of the enthusiastic proponents of higher doses. After all taking supplements is much like belonging to a religion, as is trusting the conventional medical system. In both cases you generally either believe or don’t believe; often strongly. If you are in this camp of believers, I strongly advise that you get a vitamin D test, at least once or twice a year, just to insure that you are not overdosing with too much of a good thing.

A vitamin D blood test can be obtained from your doctor, or you can do an in-home test. Both methods of testing are considered accurate, but it is important that you request a 25(OH)D test. Another type of blood test for vitamin D, is called a 1,25(OH)₂D test, but the 25(OH)D test is the only one that will let you know if you are getting enough vitamin D, and whether you may need to take a vitamin D supplement, or increase your dose.

When the news about all the benefits of vitamin D started spreading through the mass media, medical requests for vitamin D blood tests went through the roof. The demand for such tests in Ontario went from 29,000 in 2004 to more than 700,000 in 2009. B.C reported a 10 fold increase in testing over 5 years, and in Alberta, Calgary had a 400% increase in tests within 2 years.

As a result of this increased strain on the medical budget, most of the provinces started to restrict the tests to only when a doctor suspects a serious deficiency. For example the B.C. Ministry of Health states that: “Measuring serum vitamin D as 1,25-dihydroxyvitamin D[1,25 (OH)2-D] is seldom indicated, except in selected patients with advanced renal failure, mineral and/or bone diseases. Specialist consultation should be considered for patients with malabsorption, unexplained bone pain, unusual fractures or other evidence suggesting metabolic bone disorder.”

The provinces that restrict access to the vitamin D blood test currently include Alberta, B.C., Labrador, Manitoba, Newfoundland and Ontario. What this means is that, unless you are at risk for osteoporosis, or certain specific diseases, if you want a vitamin D blood test, you will have to pay for it yourself.  The cost of the test ranges from $93 to $32 depending on which province you live in.

At least one doctor voiced displeasure at this restriction of doctor’s ability to screen their patients for vitamin D deficiency. Dr. Linda Rapson, a general practitioner from Toronto, and past-chair of the Ontario Medical Association’s complementary medicine section, said: “This is a big mistake. This will be a lost opportunity to promote health and prevent disease. That’s what it looks like to anyone who’s been following the research literature.” I have to agree that this is a “penny-wise/pound-foolish” response by these provincial medical services plans. In the long run, such testing would save much more money, by preventing serious, and more expensive to treat, diseases from arising in a large portion of the population.

I agree with their position that it is safe and reasonable to advise supplementation without testing, unfortunately, most doctors still only recommend 1 to 2,000 IU daily. Therefore, they are missing the opportunity to treat, and reduce the frequency of, more serious ailments, like diabetes, cancer and heart disease, just to name a few. These are areas where we could be saving lives, and reducing strain on the medical budget. But, for this to occur, testing will be required to ensure that such vitamin D therapy is done safely.

When I called LifeLabs (the primary laboratory facility in B.C.) about getting a vitamin D test, I was told I would still need a doctor’s referral, even though, unless he suspects that I have a bone disease, I would have to pay for it myself. According to the Ministry of Health the average cost of a vitamin D blood test in B.C. is $61.32 (2013).

When I checked with a local naturopath (here in B.C.), I was told that their position is to offer a vitamin D test with minimum mark-up (15%). This is to encourage people to take this test, especially important if they want to take higher levels of vitamin D, either for treating an ailment, or just for general longevity purposes. The charge is $69, which may or may not be covered by extended medical, depending on the insurance provider.

Vitamin D Testing in the U.S.

According to Dr. Michael Holick, referred to in the last two blogs on vitamin D as a foremost expert on the subject, in the U.S it can cost up to $225 for a vitamin D blood test, and Medicare reimburses only forty dollars of that fee.

Given the cost, his position is much like that of the B.C. government: he believes that not everybody needs to be tested, but everybody should be taking a vitamin D supplement (he suggests about 2,000IU daily). If they do that, along with sensible sun exposure in the spring, summer, and fall, they should easily be able to maintain a blood level of 25-hydroxyvitamin D above the 30ng/mL mark.

In the U.S., unlike Canada, you can bypass your doctor and go straight to a testing laboratory. You are allowed to order a test online and have the actual blood work done at a laboratory. Some websites that offer this service include: mymedlab.com; healthcheckusa.com; and privatemdlabs.com. You can buy a 25(OH)D test from all of these companies, and have the test itself done at your nearest LabCorp, though these tests are more expensive than in-home tests.

The Life Extension Foundation offers a vitamin D blood test on their website, which also requires going to a laboratory. While it is not a home test, it is at least cheaper than going through a doctor, if this test is not covered by your health insurance. Life Extension members pay only $47 for vitamin D blood testing, as opposed to the up to $225 cost Dr. Holick has observed. The cost is $63 for non-members.

If you don’t want to through the doctor, or naturopath, just to requisition a vitamin D test, and if you are going to have to pay for it yourself anyways, in-home tests are now available, and are easy to use. The test is sent to your house, and you just prick your finger, put a small sample of blood on some blotter paper, and send it to a laboratory for testing.

As we discovered in the previous blog on Optimal Blood Levels of Vitamin D, most alternative experts in the field agree on the numbers we are looking for. In his book “The Vitamin D Solution”, Dr. Holick recommends that we maintain a blood level of 25-hydroxyvitamin D of between 40-60ng/mL, and The Vitamin D Council suggests that a level of 50ng/ml is the ideal level.

To convert a test result measured in nmol/l to one measured in ng/ml, divide the nmol/l number by 2.5. For example, 50nmol/l is the same as 20ng/ml (50÷2.5). Ideally, you do not want to have a blood level of over 100ng/ml, and anything over 150ng/ml is considered dangerous.

It is one thing to have a handy number to tell you your vitamin D status, but what do you do with that information? If your numbers are too high, odds are you are taking way too much vitamin D and the answer is simply to stop for a while. As previous blogs have indicated, many scientific studies have been done where subjects are injected with huge amounts of vitamin D (50,000IU to 150,000IU), and left to ride it out for months to come. If your numbers are too high, and you have serious health issues, you would want to follow up with a blood test for calcium levels, to ensure that you have not developed hypercalcemia. If you did have this condition, you would put yourself in the hands of a health professional in order to get it under control, since it can be a dangerous position to be in.

How much Vitamin D?

If your numbers are too low, the trick is to determine just how much vitamin D you need to get yourself into the ideal range. Fortunately that information is available through another vitamin D advocacy group (akin to The Vitamin D Council) known as “Grassroots Health”. They offer a free chart on their site that shows you just how much vitamin D you need to supplement with, in order to get to the ideal range. For example, if your reading is 20ng/ml (and you weight about 150lbs) it would require an average intake of 4300 IU of vitamin D3 daily, in order to raise your blood level to 50ng/ml.

Participate in a Vitamin D Experiment

Grassroots Health also sells a vitamin D home test kit  ($65 including shipping), but more than that, they offer you a chance to participate in a 5-year study designed to observe vitamin D levels amongst a wide group of people, and track health issues associated with vitamin D deficiency.

You may choose to enroll in the “D*Action” project for a 1-time only test, or you can choose to participate in the 5 year project, where you provide your health information, along with taking a vitamin D test every 6 months, for over the 5 year period.

There is a $65 fee every 6 months, when you participate in the 5 year project, which includes a new test kit, a new questionnaire entry, and a reporting of results back to you.  You will get a follow up email every 6 months reminding you it’s time for your next test and health survey.

With this large scale study the D*Action project is “expecting to demonstrate the significance of this nutrient on many people’s health and, of course, in the prevention of many diseases.”

The Value of Vitamin D Testing

It is important to know if you have optimal levels of Vitamin D.  If you are concerned about not getting enough Vitamin D or concerned that you might be getting too much it might be helpful to get a test.  Let us know the results of your tests or if you have any questions or comments.