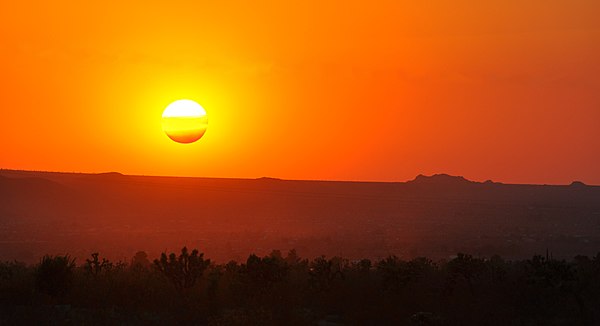 Personally, I still take vitamin D during the summer months. My reason is that I work indoors 5 days a week, and don’t always get time to sunbath on my days off. Frankly I’m not much of a sunbather anyways, seldom wearing shorts, and the reality is if I want to get vitamin D from the sun I need to have at least 50% of my body exposed to the sun. And if I shower that morning washing the natural oils off of my skin, there will be nothing for the sun to work with. (Remember that vitamin D is made by ultraviolet light reacting with cholesterol bearing oils: either from sebum secreted by our skin, or in a laboratory from lanolin.)

The basic idea behind us requiring high levels of vitamin D year round is that all the genes dependent on vitamin D were established during our early phase of evolution, when we still resided in Africa. Thus, when human prototypes migrated northward, their need for a high intake of vitamin D was already established. In those days our Northern ancestors would have acquired some D from eating the organs of animals and fish to complement what they might have received from sunlight.

More About Vitamin A

As I have mentioned before, I believe many of our health problems occur because we ceased eating organ meats, especially liver. Not only because of losing the vitamin D and minerals usually found in the organs, but also especially because it was our only appreciable source of vitamin A. Most of my faithful readers will be sick of hearing about vitamin A so I won’t go into it now: except for just one little bit that I recently discovered. The link below shows how important vitamin A is to the production of testosterone. This is important not only for athletes but also for just general physical health and sex drive in both genders.   Vitamin A for Testosterone

Oh, and one other thing about vitamin A. A young man I know works outdoors and was feeling burned out by what he felt was too much exposure to sunshine. After reading about my thesis that vitamin A requires extra vitamin D to be properly absorbed, and that perhaps the reverse also holds true (that vitamin D at high levels may deplete the body of vitamin A stores,) he decided to start taking extra vitamin A, and found a distinct improvement in his energy levels.

Are We Taking Too Much Vitamin D?

Well, another of my beliefs is that the tendency in the vitamin field to take unnaturally large levels of isolated nutrients is misguided. As mentioned in my book “Health Secrets”, I believe we should think of nutritional supplements a lot like drugs. We dose high initially until the deficiency is fulfilled, then we should roll back to a lower dose, closer to what food might contain in an ideal state, and skip the weekends (or a week here and there), in order to remind our bodies to both store the nutrients and to use them efficiently.

I, like most others in this field, jumped hard onto the vitamin D bandwagon and was often taking up to 10,000IU daily. But recently something dawned on me that I would like to share. When we get vitamin D from the sun it is not technically in an “active form”. How much vitamin D will be activated from the stores in the liver and skin is to be determined by the kidneys. The kidneys monitor the blood for levels of potassium and sodium, which tells it if it is summer or winter, since in a traditional diet found in one’s environment, foods will be higher in sodium in the colder months (more meat) and higher in potassium in the warmer months (fruits and certain vegetables).

The Importance of Eating Seasonally

Up until recently we were really screwing this up. Eating bananas and oranges (etc) all year long would prevent our bodies from converting the inactive, stored vitamin D into the active D3 form, since it would think that it was summer. Now the situation is not so bad, since we now realize that we need more vitamin D than the 400IU believed to be necessary for the last few decades, and most of us are supplementing with more. In effect we are compensating for our out-of-season eating by ingesting enough active D3 to make up for tricking our kidneys.

The problem is we are taking a fully active form of vitamin D, some of us at very high levels, instead of allowing the body to decide how much it needs and then activating that precise amount. Therefore I stand solidly behind the idea that high doses (10,000IU for a week) are okay for an initial building up of stores and to alleviate deficiency, but then we should err on the side of caution and stick with a conservative daily dose (3,000 to 5,000IU). And skip a couple days a week, like with most supplements.

Those choosing to use higher levels of vitamin D therapeutically should do so with the advice of a medical professional and should test their blood levels of vitamin D regularly to make sure that you aren’t overdosing on vitamin D (for example hypercalcemia, where the vitamin D mobilizes too much calcium into the bloodstream). One other caveat: if you have Lyme’s disease you may want to do some serious research before taking vitamin D as some theorize that in this case it can be counterproductive.