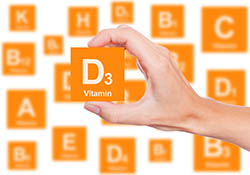 Vitamin D as a supplement for bone density is currently under attack. Whenever a supplement proves too effective, the pharmaceutical industry rallies to shoot it down, least it steal business from them.

“Vitamin D supplements don’t help boost bone density in healthy adults” is the current such headline, referring to a study published in The Lancet Medical Journal, and done by the University of Auckland’s Department of Medicine. This headline was splattered all over the internet for days afterwards, not to mention countless newspapers, with virtually no critical response, as of yet.

This study was actually a review of 23 other studies, including 4,082 patients, most of them women, taking supplemental vitamin D for an average of two years. The overview found little difference in bone density measured at key points in the skeleton, such as the hip, the forearm or the lumbar spine. The researchers did note a difference in one place, the femoral neck, but said the benefits were not statistically significant.

“The negative findings of our analysis contrast with the widely held perception that vitamin D works directly on bone cells to promote mineralization,” the scientists wrote. “This perception is probably incorrect.” The Lancet –  Effects of vitamin D supplements on bone mineral density: a systematic review and meta-analysis

Let’s have a look at the main flaws in this unscientific attack on vitamin D.

First, we are looking at a pooling of various studies done all over Europe and the U.S., so we have no indication how many people were in areas where they received sufficient sunshine for D production, or not. Nor do we have any idea what their diets might have provided by way of vitamin D. All these people may have already been deficient in Vitamin D, which is likely since it has recently been shown that vitamin D deficiency is rampant even in countries with lots of sunshine throughout the year, such as India (80% deficient) and Oman (87% deficient). (Article)

In almost half of the studies reviewed, the amount of vitamin D given as a supplement was insufficient to make a difference, especially if the subjects were already D-deficient. “In ten studies (n=2294), individuals were given vitamin D doses less than 800 IU per day.”

Compare this to 10,000 IU of Vitamin D that your body can make from 30 minutes of direct sunlight (with proper sunbathing, at the proper time of day and year), if it is deficient in vitamin D.

This study further ignores one from last year that found that people 65 and older who took 800 to 2,000 units of the vitamin daily had a 30% lower risk of hip fractures. In that study, it was found that taking less than about 800 IU of vitamin D per day (with or without calcium), had no effect on bone-fracture risk, when compared with taking a placebo or a calcium supplement alone.

Taking 800 IU or more, however, decreased the risk of hip fracture by 30% and the risk of other bone fractures by 14%. “A 30% reduction in hip fracture with an inexpensive and safe intervention such as vitamin D has enormous public health implications,” said the lead author Dr. Heike Bischoff-Ferrari, director of the Center on Aging and Mobility at the University of Zurich, in Switzerland. The New England Journal of Medicine – A Pooled Analysis of Vitamin D Dose Requirements for Fracture Prevention

A comment from a doctor that wrote an editorial to accompany this positive vitamin D study really hits the nail on the head, and could easily be applied to the flawed study one from New Zealand: “All of the problems with previous studies come from a very modest dose of vitamin D. If you don’t give [study participants] enough of the vitamin D, then you won’t see an effect.”

Aside from the New Zealand study revealing that nearly half the subjects only took 800 IU of vitamin D, it also states that: “Mean baseline serum 25-hydroxyvitamin D concentration was less than 50 nmol/L in eight studies.”

Experts on supplementing with vitamin D, such as The Vitamin D Council and Life Extension Foundation believe that we want to maintain a blood level of vitamin D of at least 50 ng/ml. Now you will notice that the study in question here uses a different measurement that the groups I have listed. But when we do the conversion, their baseline concentration of 50 nmol/L is equivalent to 20 ng/ml, in the terminology used by The Vitamin D Council, and the Life Extension Foundation.

As another study reveals, 800 IU of vitamin D will not bring blood levels up to the amount necessary for good health and good bone density. “Administration of 800 IU of vitamin D3 during 45 days was more effective than D2 in increasing 25OHD, but both failed to achieve adequate levels of 25OHD (= 30 ng/ml). Is daily supplementation with vitamin D2 equivalent to daily supplementation with vitamin D3 in the elderly?

So the dosage range on which they based their judgment was already clearly far too low to be effective at protecting bone density.

Finally, this flawed study looked for existing trials “assessing the effects of vitaminD3 or D2, (but not vitamin D metabolites) on bone mineral density.” It is believed by many experts that vitamin D2 is inactive and relatively ineffective as a D supplement, and possibly even toxic.  Recent scientific studies have certainly illustrated that vitamin D3 is a far more effective supplement than is D2. The American Journal of Clinical Nutrition – Comparison of vitamin D2 and vitamin D3 supplementation in raising serum 25-hydroxyvitamin D status: a systematic review and meta-analysis

In a study reported in the American Journal of Clinical Nutrition, certainly peers of those who produced the New Zealand study, it was concluded that: “However, the inefficiency of vitamin D2 compared with vitamin D3, on a per mole basis, at increasing 25(OH)D is now well documented, and no successful clinical trials to date have shown that vitamin D2 prevents fractures. Given the assumption that the intake of any nutrient will deliver defined effects [ie, supplementation with vitamin D will lead to an increase in 25(OH)D or fracture prevention], it is clear that vitamin D2 does not fit this current nutritional notion… The scientific community is aware that these molecules are not equivalent. Therefore, vitamin D2 should no longer be regarded as a nutrient appropriate for supplementation or fortification of foods.”

Another study concluded the same thing: “Vitamin D3 increases the total 25(OH)D concentration more than vitamin D2. Vitamin D2 supplementation was associated with a decrease in 25(OH)D3, which can explain the different effect on total 25(OH)D.”   Bioavailability of vitamin d2 and d3 in healthy volunteers, a randomized placebo-controlled trial.

So, we also don’t know what percentage of the studies looked at were analyzing blood levels of vitamin D2, a fairly ineffective form of vitamin D. And we have to ask, given the above material from the AJCN, don’t these scientists compare their own research to that of their peers before publishing? Or was this a deliberate hack job, designed to do nothing but discourage people from using vitamin D as a supplement? The amount of headlines that circulated the world both in newspapers and online, concerning this devaluing of vitamin D with regards to bone density, was not countered by any moderating views that I could find. And if they were out there, they are certainly in the minority and not nearly as well reported.

So, what we have found after analyzing this flawed study is, for me, enough to consider it a deliberate act of disinformation by a group with a vested interest in maintaining illness in the general population. A cursory check of the sponsor of the study seems to indicate that it is supported by the government of New Zealand, in order to support the health of its citizens. If that is true, they are getting poor value for their money, or their organization has been co-opted by outside interests (namely those selling drugs for osteoporosis).

We have seen that the study was an overview of 23 other studies done all over North America and Europe and that they did not control for variables; that is, they do not know how deficient in vitamin D the subjects may have already been. Since the locations of the study are in the temperate zone mostly, odds are that a good portion of the subjects were low in vitamin D.

Since a more rigorous study, previous to theirs, clearly indicated that only levels above 800 IU of vitamin D were effective in improving bone density, they ignored the major flaw to their study, found within their own field of research.

Finally, in their study they did not distinguish between those taking the inferior vitamin D2 and those taking the more effective form of D3, another factor that would skew the results towards ineffective.

What we can take away from this is threefold: we should have our blood tested to see if we are deficient (less than 50 ng/ml); we should take more than 800 IU of vitamin D daily, if we are deficient, (probably at least 2,000 IU), and wish to protect our bone health; and, when we take vitamin D it should be in the form of D3 and not D2 (commonly the form used when prescribed as a drug by a physician, and the form found in milk).