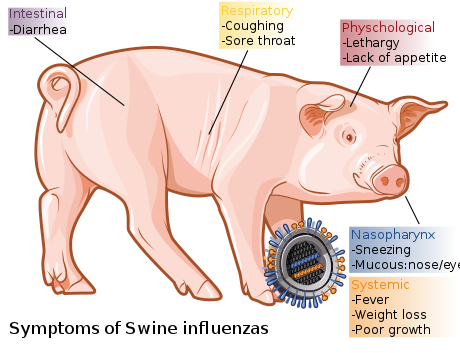 Given the current worries about the latest pandemic  (swine flu) I thought I’d address how those of us in the supplement industry protect ourselves. Most of us, of course, do not get the vaccine, as it is one field where we mistrust both doctors and pharmaceutical companies. Call it paranoia, if you like, or, as I prefer, a realistic response to the hard facts; like religion, it comes down to what you believe in. I’ve never vaccinated any of my three children against anything (now healthy young adults), so it is clear where I stand.

It is said that Louis Pasteur before his death, recanted the germ theory replacing it with what is now known as the “terrain” theory. Essentially, what this means is that germs and microbes cannot find purchase in the body if the immune system is healthy and fully operational.

I spend most of my time consulting with people in a retail environment and like most of my co-workers, seldom get the flu (it’s been years; knock on wood). Occasionally a “change of season” cold, but this is mostly a mucus discharge process, and actually healthy, according to Macrobiotic principles. Those of us dealing with sick people on a regular basis should be even more prone to coming down with something, but because we are all well protected by nutritional and herbal supplements, we seldom do.

Now, aside from the supplements, we obviously need to keep our stress levels under control, as high stress weakens the immune system, along with being implicated in the majority of diseases. A certain amount of stress will be generated by buying into the whole pandemic fear-mongering, and then good old Christmas should put the stress-icing on the stress-cake. So, remember to use your adrenal-supportives (AdrenalStart being one of the best), and keep some L-Theanine around for day-to-day stress (which also has anti-viral properties.)

But, number one is keep your vitamin D intake up. I believe one can safely take 3 to 5,000 IU daily, and up to 10,000 IU for a few days (this is a conservative viewpoint). Skip weekends, as usual, unless actually in the midst of a flu. Sublingual vitamin D works the best (like “Quick D”), with softgels (taken at a meal with fat) being next best absorbed, and tablets, apparently, being the least well absorbed. For me, vitamin A is essential to complement the vitamin D (10,000 IU for those who don’t squint in the sun, and 30,000 IU for those who do.)

Our adequate levels of A and D will keep our mucosal membranes healthy allowing them to fight and repel invading bacteria and virus. Then we take vitamin C at least 2 or 3 times daily for the immune-enhancing glutathione spike that it provides, not to mention the adrenal support. Add to that an immune supportive formula, at least through the winter. Currently most popular are the mushroom formulas and those based on the Chinese herb Astragalus. Astragalus is the recommended choice of Dr. Andrew Weil, for warding off all flu including the swine variety.

Of course, Nutristart offers both medicinal mushrooms and astragalus extract together in our ImmuneStart formula.

These items keep our terrain healthy, but it is also important to have an arsenal on hand in case some of those villains get through our first line of defense. That means when the first symptoms show up we immediately get out our killing agents. For me, Echinacea is still the champ, it’s advantage being that it can both kill bacteria (and the high quality brands have been shown to also kill viruses) and kick-up immune function as well. Many people have no luck with Echinacea because they don’t take enough. The science on Echinacea begins at 180 drops (30 drops six times daily; straight, under the tongue if there is a sore throat), for fighting a cold or flu.

Some prefer Oregano oil, which I personally find somewhat repulsive, but it is a more powerful killing agent than Echinacea, as is Goldenseal however, neither of these will stimulate immune function. Oregano does appear to have an advantage when traveling by plane or any form of public commuting, and that is due to the oil lingering in the mucous membranes of the mouth. Because of this lingering effect, taking a couple of drops every hour of transit keeps the mouth and sinus areas protected against anything that might be inhaled.

Elderberry is a proven anti-viral agent, followed closely by Olive leaf. For the first signs of the flu, which include fatigue, chills and muscle aches, especially around the neck and shoulders, the best choice is Oscillococcinum, a homeopathic remedy that usually destroys a flu-bug, if you ingest it within the first 8 hours of symptoms. It is taken in three doses, 6 hours apart, dissolved under the tongue, and must be taken with a clean palate fifteen minutes on either side of using it. It is believed by some that this remedy may also work on the swine flu.

Current statistics seem to support the idea that this new flu is no more dangerous than the regular flu, as far as death toll goes. People hear the term pandemic and flash back to the Spanish flu that killed millions in the early nineteen hundreds, but what they are often not aware of is that most of those people died of pneumonia, a side effect of the flu. This was before the advent of antibiotics, and currently pneumonia is relatively easy to treat with antibiotics, if it becomes severe.

If worse comes to worse and you fall ill your best option is to rest. In fact the sooner you can rest, when symptoms show up, the faster you will recover. Sometimes we don’t slow down until our body demands it. Oh, and watch a funny movie while you are in rest mode. Laughing also dramatically improves immune function.

« How to take Nutripods
DEFENDING VITAMIN A: PAUL PITCHFORD’S POSITION »