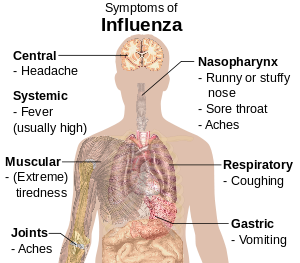 Part One: Fortify Your Defenses

I am not one to recommend the flu vaccine, believing it to be counterproductive to good health, (research Thimerosal, a mercury-based preservative found in flu vaccines), and of little value in actually preventing the flu.

Vaccination theory is as contentious as religion, and people tend to believe in it or disbelieve in it strongly. Put me in the latter camp, and I assume if you are even reading this you might feel similarly. An Arab saying goes: “Trust in Allah but tie up your camel.” Whether or not you trust in vaccines, the following information may be considered to be “tying up your camel.”

“Bernard was right; the pathogen is nothing; the terrain is everything.” — Louis Pasteur’s deathbed words.

Pasteur, credited with popularization of the germ theory of disease, recanted his germ theory, on his deathbed, deferring at this late date to the theory of one of his critics.

This critic, Claude Bernard, was a contemporary of Pasteur, who laid the groundwork for current theories on pH, and how the nature of microorganisms, both good and bad, change when the body moves from an alkaline pH to an acidic pH. So confident was Bernard of his theory that, before a group of fellow doctors and scientists, he stated: “The terrain is everything; the germ is nothing,” and then proceeded to drink a glass of water infected with cholera. Much to the surprise of those scientists, who followed Pasteur’s theory of germs, Bernard did not develop cholera.

Bernard believed that our internal environment was more important in determining if we would catch a disease, than the actual nature of the pathogen that was trying to infect us. Thus, the potential host’s susceptibility to infection was a more important factor than the germ itself was. He believed that doctors should be focused on helping their patients maintain an internal terrain that was an inhospitable place for disease.

Following on Bernard’s heels a few decades later, was famed Russian scientist, Elie Metchnikoff, who discovered white blood cells. He and his assistants also consumed cholera bacteria, and none of them developed cholera. Metchnikoff did this because, like Bernard, he also believed that the only way to prevent infectious diseases was to focus on strengthening and maintaining the body’s defenses. (White blood cells being an important component of this defense system.)

The terrain theory has wide support in the alternative healing field, and what it essentially means is that if the body is truly “healthy”, germs and disease will find no purchase, because the “terrain” will be inhospitable to them.

It is easy to confuse our immune system with the terrain, but immunity is only a part of terrain. It is the backup system that kicks in when terrain is not healthy enough to keep out invasive bacteria and/or viruses. I will address the immune system in part two of this blog.

ACID/ALKALINE
“If I could live my life over again, I would devote it to proving that germs seek their natural habitat—diseased tissue—rather than being the cause of the diseased tissue; e.g., mosquitoes seek the stagnant water, but do not cause the pool to become stagnant.” – Rudolph Virchow (Father of Pathology)

The number one thing that we can do to maintain a healthy terrain is to keep our bodies alkaline.

Of course the body’s alkalinity never really varies, outside of deathly ailments. The body maintains a constant pH, of between 7.35 and 7.45, by homeostasis. That is, it will borrow calcium from the bones to buffer any increase in acidity in the body, effectively buffering the acid and maintaining our necessary ideal pH.

So, for example, if we eat too much sugar, or any acidic food, or ingest any acidic compounds in excess (such as alcohol, coffee, tobacco, radiation, chemicals, etc), the body will then draw upon our calcium stores, in order to neutralize that acid. Thus the prevalence of osteoporosis (and bad teeth) in the modern world.

Now, while the body is working to raise the pH back to a livable level, it is susceptible to infection, either bacterial or viral. If we handle the job of maintaining an alkaline pH, by eating correctly and maintaining positive emotions (negative, stress-filled emotions also cause acidity), and oxygenating tissue through activity, we take the burden off the body so that it can defend us against foreign invaders. Otherwise we are occupying the body with compensating for our unhealthy lifestyles.

For more information on the subject of “terrain” see: Research

During winter months we will need more cooked foods, but should still be focused on whole foods, plenty of vegetables, quality proteins, fermented foods, and a good amount of healthy fats (calories keep us warm). As always, refined carbohydrates (flours, sugars, fruit juices) are the most acidifying and should be avoided as much as possible. Immune support and antibacterial properties are found in the sulfur bearing foods, especially the cruciferous family (broccoli, kale, cauliflower, cabbage, etc), and garlic and onions.

(For more on the dietary approach please have a look at this blog from 2011. (Blog)

In the early days of vitamin D research it was discovered that one reason that we had more occurrence of the flu in the winter was because we received less vitamin D at that time of year, and so, were less protected. Vitamin D is a critical component of your immune system, but also, along with vitamin A and iodine, is necessary to maintain the mucosal lining of the sinuses, throat, bronchia and lungs. When we have a healthy, strong mucous membrane in those areas, we prevent invading pathogens from getting into the body. This is our first line of defense. (For the full story see: Blog)

Those who read my blogs regularly will be sick of hearing about vitamin D by now, since I have covered the subject in much detail. (For more info on how much vitamin D to take see: Blog)

Nonetheless, I will include a few scientific reference points here, just to re-emphasize the importance of taking vitamin D supplements in the winter.

In part 2 of this blog I will take a close look at medicinal mushrooms and the herb astragalus, both found in our IMMUNESTART product. I will show how this combination of mushroom extracts along with astragalus is one of the most powerful weapons we have at our disposal to fight the flu naturally.