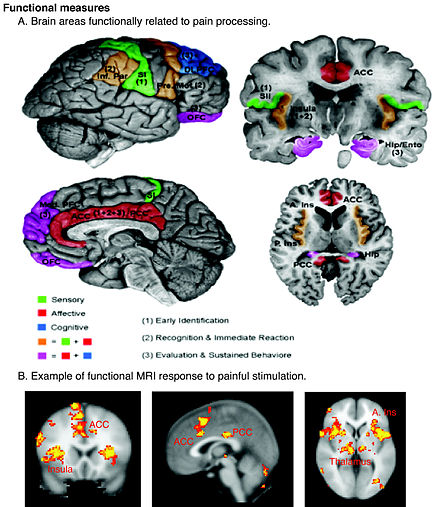 Fibromyalgia causes chronic pain and disability and, despite extensive research, the cause has not been determined. This health condition is an ever-growing problem, affecting more and more people. In fact, it has been determined that, in the U.S. alone, related health care costs have reached about 100 billion dollars yearly.

Currently (in the medical field), there is no specific way to diagnose fibromyalgia, nor is there any treatment protocol for it, other than pain killing drugs. And such drugs can be addictive, often accompanied by dangerous side effects.

Now, medical research has finally discovered both a diagnostic tool, and a potential treatment for this debilitating condition.

A New Approach to Fibromyalgia

Researchers at the University of Texas Medical Branch, have developed a way to distinguish patients with fibromyalgia from normal individuals, using a common blood test. This test is normally used to detect insulin resistance, or pre-diabetic conditions.

According to one of the authors of the study, Dr. Miguel Pappolla, UTMB professor of neurology, “Earlier studies discovered that insulin resistance causes dysfunction within the brain’s small blood vessels. Since this issue is also present in fibromyalgia, we investigated whether insulin resistance is the missing link in this disorder. We showed that most — if not all — patients with fibromyalgia can be identified by their A1c levels, which reflects average blood sugar levels over the past two to three months.”

Once identifying the potential cause of fibromyalgia as insulin resistance, the researchers then moved to treat the patients with a medication designed to combat insulin resistance. This commonly prescribed medication (metformin) dramatically reduced their pain levels.

Hopefully, this discovery will lead to a revolutionary shift on how fibromyalgia is diagnosed and treated. (Study)

While it is great that we have found something to treat fibromyalgia, what is not great is the list of potential side effects from using metformin. Such side effects can include hypoglycemia, flatulence, diarrhea, physical weakness, abdominal pain, upper respiratory tract infection, muscle pain, and low blood levels of vitamin B12.  (Source)

Fortunately, we have a well-studied compound, safe and natural, which can serve as an alternative to metformin, namely, berberine.

Berberine is a bitter compound (alkaloid) found in the roots of several plants (including barberry, goldenseal, and Oregon grape), and studies have proven it to be as effective as metformin for treating insulin resistance.

In one study, Chinese researchers compared berberine to metformin (among 48 diabetic patients), finding that berberine lowered blood sugar levels as well as metformin. After only one week, the patients also significantly decreased their fasting blood glucose, and their after-meal blood glucose. As well, their insulin resistance dropped 45%.   (Study)

In other research, a meta-analysis examined 14 studies involving just over 1,000 subjects.

Here it was confirmed that berberine performed just as well as the three top diabetes drugs (metformin, glipizide and rosiglitazone), without any serious side effects.   (Study)

I will mention one other study concerning berberine being compared to metformin, in the treatment of polycystic ovary syndrome (PCOS). This hormonal disorder is becoming more common among women of reproductive age. Symptoms include infrequent or prolonged menstrual periods, infertility, or excess male hormone (androgen) levels. The excess male hormones, in turn, lead to symptoms of acne, hair loss from the head, and excessive hair growth (hirsutism) – usually on the face, chest, back or buttocks.

Regulating insulin and reversing insulin resistance is one of the key treatments for PCOS.

“In this current study of PCOS patients, berberine was associated with improvements in fasting plasma glucose and various measures of insulin resistance that were comparable with metformin.”   (Study)

The effective dosage of berberine is 500 mg three times daily. As well, one would be advised to ensure that they are getting adequate chromium from supplements: 200 – 500 mcg, daily. (Mineral Mix contains 200 mcg of clinically tested ChromeMate ™, per serving)

And, of course, one should avoid those foods that cause blood sugar imbalance, including sugars, fruit juice, wheat, white rice, potatoes, grain flours, and flaked or puffed grains.

There also foodstuffs (including spices and superfoods) which prevent, and can, potentially, reverse, insulin resistance. The most powerful of these are berries, black seed, cinnamon, ginger, olive leaf, spirulina and turmeric. For a detailed look at these items follow this link.