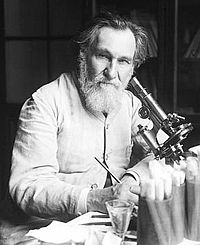 Nutristart proudly announces the birth of a new probiotic product, containing Lactospore, a clinically proven, trademarked ingredient. In the following material I will examine what makes this spore-based probiotic unique, and why we think it has more therapeutic potential than other forms of probiotics on the market.

There are currently approximately 20 strains of probiotics used singly, or in combination, for therapeutic purposes. Most of them are varieties of bacteria, dominantly Lactobacilli (L.  acidophilus, L. casei, L. reuterii, etc), followed by Bifidobacteria species (primarily B. bifidum, B. breve, and B. longum).

Aside from bacteria forms of probiotics there are two other forms used therapeutically: Saccharomyces boulardii, which is derived from yeast culture, and Bacillus coagulans (also known as Lactobacillus sporogenes), which is a form of spore.

While science, usually making things more complicated than they necessarily need to be, works on rebuilding a patient’s microbiome by doing a fecal transplant, probiotic therapy has by now accumulated a long track record of treating many ailments, simply by swallowing probiotic pills.

And that is really just scratching the surface. More and more ailments are being linked to an imbalance in our microbiome, and understanding the relationship between good health and healthy flora, may be the most important medical discovery since vitamin D got its due.

Aside from producing lactic acid, which facilitates the colonization of beneficial bacteria in the gut, probiotics also produce “bacteriocins”, a sort of natural antibiotic that suppresses the growth of putrefactive bacteria. (Wood, BJB ed, 1992)

Probiotics in the gut have three major digestive functions, and usually when we are lacking in good bacteria, digestive disorders are the first symptoms we get. These three functions are: proteolysis (the breaking down of protein from food); lipolysis(the breaking down of fat from food); and the conversion of lactose (milk sugar) into lactic acid.

These digestive functions of probiotics are especially helpful in infant, geriatric and convalescent nutrition, and for those who suffer from lactose intolerance. As well, a lack of these lactic acid producing bacteria in the gut, which results in an increase in putrefactive pathogens, has also been linked to eczema and food allergies, especially in children.

Nonetheless, the most clinically tested version of this species was named Lactospore, prior to the change in nomenclature, and since this is the trademarked version that Nutristart is marketing, I will generally refer to it as Lactospore. Let’s have a look at why it is such a beneficial probiotic.

Lactospore is stable at room temperature, and resistant to stomach acid, so, when swallowed orally, easily passes through the stomach in its spore form, and upon arrival in the small intestine, germinates and multiplies rapidly. Studies indicate that it takes about 4 hours after oral dosing with Lactospore for the germination to occur, after which it is metabolically active in the intestines, producing lactic acid.

L. sporogenes is considered a semi-resident, indicating it takes up only a temporary residence in the human intestines, after which the spores are excreted slowly, via the feces, for approximately seven days after discontinuation of administration. Even though this microflora is transient, the changes wrought in the intestinal tract by the production of healthy amounts of lactic acid, produces a shift in the environment in support of a complex gastrointestinal flora, encouraging the resident good bacteria, and discouraging detrimental bacteria from colonizing.

Aside from studies done on lactic acid, and the benefits to be derived, there are some studies done specifically with Lactospore (B. coagulans) for the treatment of specific ailments. Let’s have a look at those studies.

This randomized, double-blind, placebo-controlled clinical study involved 44 subjects with IBS, who received either placebo or B. coagulans (L. sporogenes), once a day for 8 weeks. “Preliminary data suggest that the patented B. coagulans probiotic may be a safe and effective option for the relief of abdominal pain and bloating for patients with IBS.” (Hun, L., 2009; “Bacillus coagulans significantly improved abdominal pain and bloating in patients with IBS”. Postgraduate Medicine 121 (2): 119–124)

A controlled study was conducted to evaluate the effects of the probiotic Bacillus coagulans (L. sporogenes) on the immune system when exposed to adenovirus and influenza in healthy adults. “The use of B. coagulans significantly increased T-cell production of TNF-alpha in response to adenovirus exposure and influenza A exposure, but it did not have a significant effect on the response to other strains of influenza.”  (Baron, M., 2009; “A patented strain of Bacillus coagulans increased immune response to viral challenge.” Postgraduate Medicine 121 (2): 114–118)

It has been reported that “the efficacy of treatment in patients with bacterial dysbiosis receiving L sporogenes was 20-30 percent higher than traditional probiotics such as Lactobacillus acidophilus of Bifidobacteria.”  (Voichishina LG, et al. “The use of sporulating bacteria in treating patients with dysbacteriosis.” Vrach Delo 1991;12:73-75)

“Seventy percent of individuals suffering from chronic constipation treated with 300-750 million spores per day of L. sporogenes for two to 10 days experienced an amelioration of abdominal distention and a normalization of stools. Reports suggest a benefit in neonatal diarrhea.”  (Dhongade RK, Anjaneyulu R. Maharashtra Medical J 1977; 23:473-474)

“Clinical efficacy of L. sporogenes has been shown in the management of gastrointestinal problems associated with infections or the use of antibiotics. Conditions include diarrheal diseases and constipation, as studied in populations of all ages, including infants (Abstracts, 1968; Chandra, RK et al, 2002; Dhongade, RK et al, 1977). A recent study revealed that prophylaxis with Lactobacillus sporogenes, in combination with FOS, significantly reduced the number of days and duration of events in children with antibiotic induced diarrhea. (La Rosa, M. et al.; 2003)

The medical definition of canker sores is one, or a cluster of, small pits or ulcers in the cheeks, gums, the inside of the lips, or on the tongue, and the medical term used is Aphthous stomatitis. “Reports suggest efficacy in the treatment of aphthous stomatitis with resolution occurring within two to three days.”  (Sharma JK, et al. “Clinical trial of Sporlac in the treatment of recurrent aphthous ulceration.” Uttar Pradesh State Dent J 1980; 11:7-12)

“Vaginal administration of L. sporogenes was investigated in non-specific vaginitis. Subjects with Trichomonas or Candida vaginitis were excluded from the study. Complete relief of pruritis (itching) and discharge was reported by 93 percent of subjects. Postmenopausal subjects had a slower response to therapy.”  (Shirodkar NV, et al. “Multi-centre clinical assessment of myconip vaginal tablets in non-specific vaginitis.” Indian Pract 1980; 33:207-210)

Why Does Lactospore Have a Lower Count Than Other Products?

The numbers game is not all it seems. At a certain point in the marketing of probiotics the only way to distinguish a product came to be claiming a higher bacteria count. It began with millions of bacteria in products, and now we have products claiming up to 100 billion active bacteria (and the numbers keep rising).

But, when we consume fermented foods, the probiotics that they contain have to make it through the stomach acid intact, in order to implant in the intestines, and that has never been a problem. When the naturally fermented probiotics are in their original medium they are bound together in chains, and as a result are strong, and resistant to stomach acid.

With commercial probiotics, in order to get a higher count, the probiotic is separated from its growth medium, and then centrifuged apart. This creates a larger number of bacteria, but of a weaker viability. At this point, one needs both enteric coating and a high number of bacteria just to ensure any benefit.

There is no need for LactoSpore® to be enteric coated since this strain easily survives stomach acid, and travels to the gut where it becomes active. And, Lactospore because it is a spore and not a bacterium, does not need to have high numbers in order to be effective. In fact, the 400 Million spores in each capsule of our product are far more than the amount used in most studies that show clinical effectiveness.

Usually when one buys a probiotic supplement, they are consuming a mixture essentially put together by a committee (scientists, researchers, marketers).  They will pick one, two, or a few of the more than 20 strains in common usage, pick a number of bacteria for each, maybe crank it up for marketing purposes, and assume that this one size fits us all.

And this approach works fine, for some people. But, we all have a very specific mix of different flora in our digestive system, and some people find that probiotic products actually disturb their digestive well being, leading to symptoms of gas, bloating, constipation, and/or loose stools. Often that is due to too much bacteria at once, and often due to a mix that doesn’t fit your personal gut profile.

A product like Lactospore simply encourages the thriving of all the good bacteria that is already resident in your digestive system, and discourages the bad bacteria present from thriving. This process of nurturing your particular microbiome, supports it in reestablishing and maintaining the ideal mix of microflora that is unique to you.

Why Is Inulin Included?

Inulin (found naturally in chicory and Jerusalem artichoke), and fructooligosaccharides (FOS), are commonly added to probiotic dietary supplements to serve as prebiotics.  Prebiotics are food materials, such as non-digestible oligosaccharides found in plant foods, and whole grains, which nourish our beneficial bacteria. For that reason, we fill the rest of the capsule with inulin, using a valuable filling agent (instead of an inert compound like rice starch), which further encourages the Lactospore to colonize the intestines.

Lactospore is Free of All Common Allergens