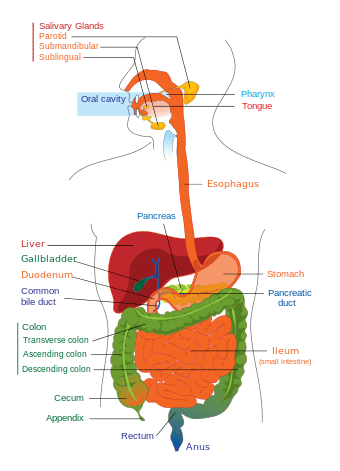 Up until modern times, every culture has traditionally consumed an unpasteurized, fermented food, a natural way of getting probiotics into their bodies. And now, especially in the West, fermented foods are experiencing a strong resurgence in popularity, as probiotic health benefits are being fully appreciated.

Historically, in Europe, different groups produced and consumed a variety of fermented foods, including those made from dairy, grape leaves, herbs, cabbage, and root vegetables. Elsewhere, the Inuit and other native groups fermented fish, and other sea mammals. In Asia, pickled vegetables, like Kimchi, were commonly used, and in Japan, miso, tamari, and tempeh are still popular. In parts of Africa, farm based societies make porridges from soured grains.

Consuming such fermented foods on a regular basis was known to be essential to maintaining good health, and eventually it was scientifically determined that the two elements present in these foods that kept one healthy, were probiotics and lactic acid.

When people unfamiliar with the concept hear the term fermentation, their first thought is of beer or wine, since we are all familiar with that type of ferment. In the case of alcohol, certain yeasts convert the sugars found in juice or malted grains into alcohol. Essentially these yeast consume sugar and excrete alcohol (yes, alcohol is yeast excrement).

When fermenting foods we rely on certain bacteria, rather than yeast, and in the case of food ferments, the bacteria consume sugars and excrete lactic acid. The technical term for this process is “lacto-fermentation”, the name being derived from the presence of Lactobacillus bacteria.

Various strains of Lactobacillus bacteria are found naturally occurring on the surface of all plants, and are also common to the gastrointestinal tracts, mouths, and vaginas of humans, and other animals.

The most obvious benefit of lacto-fermentation for our ancestors was its function of preserving food. This occurs because lactic acid is a natural preservative that inhibits the growth of harmful bacteria.

Aside from preserving the nutrients in the food, this type of fermentation can also increase the amount of vitamins and minerals present in the food, and increase the digestibility of the foods modified in this way. Eventually other health benefits became obvious, and early physicians in the Near and Middle East would prescribe fermented milks to treat a variety of ailments, including gastrointestinal disorders and tuberculosis. This was the rudimentary beginning of probiotic therapy.

Modern scientific interest in the subject of fermented milks, and their role in health, was triggered by Russian scientist Elie Mechnikov, who developed the theory that aging is caused by toxic bacteria in the gut. From there he determined that lactic acid could prolong life due to it supporting good bacteria, and suppressing bad bacteria. His theory was developed after studying the longevity of people in the Balkan countries, and attributing it to their regular consumption of yogurt.

The scientific respect accorded to Mechnikov was indicated when he was awarded the Nobel Prize in Medicine in 1908, along with Paul Ehrlich, “in recognition of their work on immunity.” Their works are regarded as the foundation of the science of immunology, and in the field of immunology Mechnikov is referred to as the “father of natural immunity.”

Later he wrote “The Prolongation of Life: Optimistic Studies”, in which he espoused the potential life-lengthening properties of lactic acid bacteria, a free version of which is available online.

The hard thing to understand is why, with such recognition of his work in the scientific community, it took until now for science to actively look at the importance of fermented foods, probiotics, and lactic acid, for health and disease prevention?

Mechnikov’s work did inspire Japanese scientist Minoru Shirota who, in the 1930’s, began investigating the causal relationship between bacteria and good intestinal health. His research eventually led to the worldwide marketing of yogurt, kefir, and other fermented milk drinks, and later to the sale of probiotics. But in North America, up until recently, such products were found mostly in health food stores, and while yogurt enjoyed some widespread popularity starting in the 1970’s, it was still considered a novelty item at that time.

Now, the scientific community is finally catching up with Mechnikov, and doing the detailed research to identify the variety of species of bacteria that inhabit our digestive tract, determining which individual functions they serve, and seeing what illnesses respond to a therapeutic use of specific microbes.

The current scientific term for the community of beneficial, pathogenic, and symbiotic microorganisms that share our body is “microbiota”, distinguished from the term “microbiome”, which is used to describe the collective genomes of those microorganisms. However, by the original definitions these terms are largely synonymous, and the term most commonly used now is microbiome. The human microbiome consists of about 100 trillion microbial cells, outnumbering human cells 10 to 1.

We cannot live without our good intestinal bacteria, and the colonization of the gut with microflora begins immediately after birth, ultimately colonized by more than 500 species of bacteria.

The complex ecology of our microbiome is based on the beneficial, indigenous bacteria, which has a symbiotic relationship with us, keeping in check the pathogenic, detrimental bacteria. An optimal balance between these two types of microbial bacteria is required for good health in humans, especially for a well functioning immune system, and for efficient digestion and absorption of nutrients, especially minerals, and for the production of certain nutrients, including B vitamins and vitamin K2.

In modern times, our beneficial microflora are most often compromised by antibiotic therapy. Antibiotics, while being used to kill bad bacteria, have the side effect of also destroying good bacteria, setting up a scenario where the bad bacteria that remain can overwhelm the remaining good bacteria. This imbalance initially leads to a various problems, ranging from inefficient digestion, diarrhea, constipation, and flatulence, to severe gastro-intestinal disorders.

The microbiome can also be disrupted by a poor diet, high in sugar and low in fiber, and lacking in fermented foods. The most common result of this is an overgrowth of candida yeast, unless we compensate by taking probiotic supplements following antibiotic therapy.

Due to modern living, the composition of our intestinal microflora is constantly changing, being influenced by factors such as emotional stress, age, travel to foreign countries, and treatment with medications (immunosuppressive drugs being some of the worst, next to antibiotics) that can also affect bowel function.

Many scientists now believe that the human microbiome has a role in the expression or inhibition of a number of illnesses, including auto-immune conditions, diabetes, fibromyalgia, multiple sclerosis, muscular dystrophy, obesity, rheumatism, and some cancers.  (Round, J. L., et al (2009). “The gut microbiota shapes intestinal immune responses during health and disease“. Nature Reviews: Immunology, 9 (5): 313–323)

And, now that it has also been discovered that some of these microbes can modify the production neurotransmitters, probiotic therapy is being tested to treat neuro-chemical imbalances such as anxiety, bipolar disorder, depression, and schizophrenia.  (Bravo, Javier A., et al. “Ingestion of Lactobacillus strain regulates emotional behavior and central GABA receptor expression in a mouse via the vagus nerve.” Proceedings of the National Academy of Sciences 108.38 (2011): 16050-16055)

There is now sufficient scientific evidence that the lactic acid producing microorganisms, known collectively as probiotics (previously referred to as “acidophilus” when that was the only species available commercially), can be used in supplement form to help restore the natural microbial balance in the gut.

In my next blog I will examine the role of probiotics in supplemental form, and discuss in detail a new form of therapeutic probiotic that Nutristart will be introducing to the market in the near future.