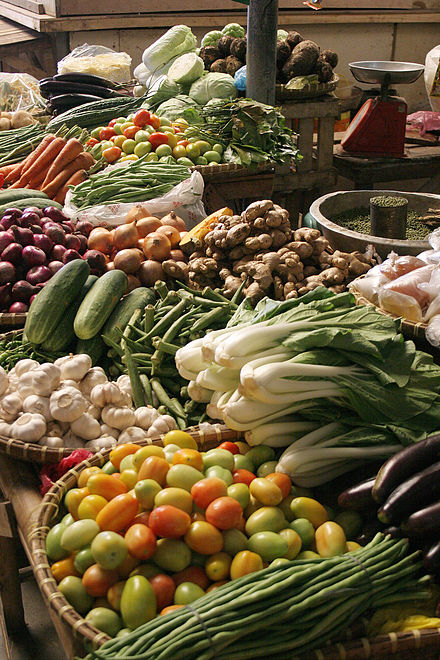 Recently, I consulted with a wonderful couple who were experiencing strange sores appearing randomly over their bodies. At first, observation indicated that these might be bug bites of some kind, but as that played out to be unlikely our discussion turned to what they had been eating. This because skin conditions are inevitably caused by one of three things: something living on or attacking the surface of the skin (bugs, bacteria or fungus), a lack of nutrients essential for skin well being (eg: vitamin A, Zinc, Omega 3 fatty acids) or the body trying to expel something toxic and using the skin as an avenue of excretion.

It turned out that they had been consuming large amounts of imported fruits over the summer, with no thought to the pesticides that may be involved. It has been said that pesticide use in third world countries is based on unscrupulous salesmen selling dangerous wares to illiterate farmers. We came to the conclusion that the body was trying to expel this unusual load of toxins through the skin, and we set up a protocol of detoxification including using chlorella, milk thistle and detox baths (sea salt, baking soda and ginger in the bath, and niacin ingested before the bath).

Topically we used a combination of aloe vera juice and green clay applied to the sores, to help draw the toxins out. Within a week the symptoms were disappearing and we engaged in a discussion about the expense of buying organic foods. My position was established some 20 years ago when I decided my children would get one organic apple per day rather than a few of the non-organic. My feeling then, as today, is that for the trade off in quantity I would be providing them higher quality.

Organic food sales reached $3.1 billion in Canada last year ($13.8 billion in the U.S.) as more and more consumers decided to avoid pesticides (and genetically modified foods) as much as possible. The growth in this field is indicated by the news that Wal-Mart may soon be selling organic foods. And, while cynics maintain that there is no truly organic food because pesticides are carried on the wind, I will take a light trace over a direct assault any day. However the equation is not simply getting less direct poison, there is also a much higher level of nutrition to be gained from organic foods.

A study published in the Journal of Applied Nutrition years ago showed a much higher level of nutrition in organically produced food over standard commercial production. This stands to reason on a very basic level since topsoil contains 70 to 90 trace minerals, and modern farming, in the absence of topsoil and compost, applies mostly just nitrogen, potassium and phosphorous, only the basic elements needed to encourage growth.

A few examples of the higher mineral levels in organically grown foods include: boron 70% higher; calcium 63% higher; chromium 78% higher; lithium 188% higher; magnesium 138% higher; selenium 390% higher. When we consider that a lack of these minerals is linked to osteoporosis, cancer, heart disease, diabetes and depression, we can see yet another indication that our current health crisis has its roots in malnourishment.

The 12 Foods Highest in Pesticides:

The 12 Food Lowest in Pesticides:

So as not to be strictly pragmatic about the whole thing, let’s not forget the generally superior flavor of organically grown foods. Organic foods have become integral to the gourmet foods industry due to a wider range of distinctive flavors, found especially in locally grown foods. And “local grown organic” is the next emphasis in the natural foods movement, since it leaves a much smaller “carbon-footprint”, not having to fly and truck the produce across a continent or two.

Locally grown produce does taste better since it is picked closer to ripeness, whereas imported organic produce is often still picked green, when it needs to be shipped over great distances, and thus sometimes does not taste noticeably better than non-organics. Still, with higher nutritional value and lower pesticide content, organic foods are clearly the best value for your dollar.

The couple that I discussed in last months’ newsletter wanted me to clear up a mistaken impression I created when I failed to reveal the breadth of their situation. I inadvertently minimized the length of time it has taken for them to deal with the side effects of pesticide poisoning.

The problem had been building for a month or so before I consulted with them and when their symptoms started to abate following our detoxification protocol, it was merely a miniscule ebb in the tide. The symptoms of painful skin break-outs continued to rise and abate as the weeks went by, and further research on their part indicated that this is the true nature of chemical toxicity. People in similar situations are finding that it takes a few months to get the body back to a relatively normal state, and that the discharges through the skin will come and go week-by-week.

They wanted to make sure that no one else in this situation will think that it can be dealt with quickly and in a matter of a couple of weeks. If one embarks on cleaning these poisons out of their body they will be looking at some severe discomfort, rising and falling over approximately three months, and should not expect the process to be as quick and simple as my article incorrectly implied.