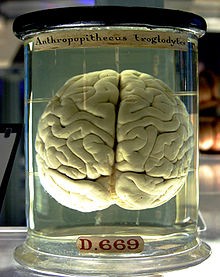 THE REAL CAUSE OF ALZHEIMER’S DISEASE

PART ONE: A New Theory of Alzheimer’s Disease

As the boomers (including me) age, it is estimated that Alzheimer’s disease (AD) will ultimately affect one in four people. Currently there is considered to be no conventional medical cure for the condition, and even the current theory as to what causes it turns out to be debatable. Recently a friend (thanks Marten) sent me a link to a scientific study that could revolutionize how we look at Alzheimer’s disease, and ultimately how we can go about preventing and treating it.

You may have heard of the term “amyloid plaque”, referred to as an underlying cause of Alzheimer’s disease when it accumulates in the brain. This is the current paradigm for explaining Alzheimer’s disease, which is that “the accumulation of amyloid deposits formed by Aβ peptide may induce intracellular tangles of tau protein that in turn leads to neuronal death”. Amyloid beta (Aβ) peptide refers to a mix of amino acids that are believed to be the main component of the amyloid plaques found in the brains of Alzheimer patients.

The theory is that these “tangles” destroy an essential cell transport system comprised of proteins. In a healthy brain this protein-based transport system is organized in parallel strands which transport nutrients, cell components, and other necessary materials for the brain, along these parallel tracks. The protein called tau keeps the tracks straight, but when tangles form, and the tau collapses so that the tracks are no longer straight, the nutrients and cellular supplies can no longer be delivered to the brain cells, and they eventually die.

However, the amyloid hypothesis is not a solid theory since human clinical trials that lowered Amyloid beta pepetide (the cause of amyloid plaque), or reduced tau tangles, failed to produce any positive results. Also, it has been discovered that many seniors with substantial amounts of amyloid plaque in their central nervous system, still have normal cognitive function. These findings suggest that the main pathological agent in AD is still unidentified.

While the field of modern medicine has no therapy to stop or reverse the symptoms of AD, in the natural healing field there is anecdotal evidence that the combination of coconut oil and MCT oil can indeed reverse AD. I will address the coconut oil approach in a following blog but if you wish to follow up on it now simply google Dr. Mary Newport, as she is most responsible for putting the idea on the map. Her, and others, believe that the coconut oil is working because it feeds the brain ketones instead of glucose. What is to follow is a summary of the new theory as to the cause of AD, and a new theory as to why coconut oil is in fact helping to reverse this condition.

Is Alzheimer’s Disease Caused By Fungus?

A recent study has come out that indicates the possibility that AD is a fungal-related disease, or at the very least that fungal infection is a major risk factor for the disease. This study published in Oct, 2015, demonstrated that “fungi can be detected in brain tissue from different regions of the AD Central Nervous System.” This study was an examination of the brain tissue from 18 subjects who died with fully developed AD, and “100% of the AD patients analyzed thus far by our laboratory present fungal cells and fungal material in brain sections.” In contrast, “no fungal material was observed in brain tissue from ten control individuals…”

As well, fungal molecules (protein and DNA) have been found in the blood serum of AD patients, further supporting this thesis. Moreover, other studies have found high “chitinase” levels in the blood and cerebrospinal fluid of AD patients. Chitin is a component of fungal cell walls, and the presence of chitinase is an indication of the body attempting to eliminate this contaminant.

Further support for the fungal theory comes from the, admittedly small, observation that 2 patients with AD had their symptoms reverse after receiving anti-fungal treatment for other ailments. At that time the assumption was that they had been misdiagnosed.

Remember the Amyloid beta peptide mentioned at the beginning? This particular chain of amino acids has a strong antimicrobial activity, especially against Candida albicans (commonly found in “yeast” infections and thrush). The researchers theorize that the presence of chronic fungal infection in AD patients, causes the body to produce AB peptide in an attempt to fight the infection, but the consistent high levels of AB peptide ultimately leads to amyloid plaque build-up. So, amyloid plaque may just be a symptom of the fungus, with the fungus being the actual underlying cause of AD.

As well, the study concludes that other symptoms of AD are well explained by the fungal hypothesis. For example, it explains the slow progression of the disease (untreated fungal infection gradually grows towards overwhelming the body and brain). And, the presence of inflammatory benchmarks, and symptoms of over-activation of the immune system, found in AD patients, are also indications of fungal infections. The diseased state of the blood vessels found in most patients with AD can also be explained by the presence of fungus.

Given the differences in development, and severity of symptoms, found in AD patients, it can be assumed that the underlying mechanism may vary somewhat from individual to individual. This also can be explained within the fungal hypothesis. Here the researchers theorize that one fungal infection facilitates further colonization by other fungal species, which may move into a different area of the central nervous system. So, different fungal species, growing at different rates, moving into the CNS and interacting in various forms, could account for differences in the evolution of the disease in different people. And indeed their research found a mixture of about 8 different fungal species. At this point I would suggest that the original gateway fungus is probably Candida albicans, as it is a prevalent problem in the modern world due to antibiotic overuse.

The study concludes that it may be that elderly people, who manifest this disease, are more prone to fungal infections, for example because they may have a weakened immune system, and/or a decline in quality of diet and hygiene habits as they age. While they feel that much more research must be done on this subject before coming to a firm conclusion, they also suggest that there are a number of highly effective anti-fungal compounds available that are relatively safe to use. Options include: Diflucan (fluconazole); Vfend (voriconazole); Itraconazole; Noxafil/Posanol (posaconazole).

The safety of such medications may be a subject of debate within the natural healing field, but we do have a number of natural, safe anti-fungal agents available to us, and which I will discuss in a following blog. And those of you already familiar with the benefits of coconut oil, will by now have a pretty good idea of where I am going with the new theory as to why it works on AD.

Which Fungi Were Found in AD Brains?

The majority of the species of fungi found in the CNS and brains of the AD patients are known human pathogens, and “some of the species detected, such as Malasezzia spp., Phoma and S. cerevisiae, have been previously identified in AD brains.” (Pisa, D. et al. Different Brain Regions are Infected with Fungi in Alzheimer’s Disease. Sci. Rep. 5, 15015; doi: 10.1038/srep15015 (2015) (Study)

I did a fair bit of research on the species identified, just to see if I could shed a little more light on where they come from, and how we might avoid them. In the next blog will look at the particular features and dangers of each of the fungi found in the brains of those with AD.

In Part 3, I will look at the prevalence of molds and fungus in our environment and foods, and examine why coconut and MCT oil may be so effective at treating and preventing AD.

« Probiotic Therapy
THE REAL CAUSE OF ALZHEIMER’S DISEASE: Part 2 »