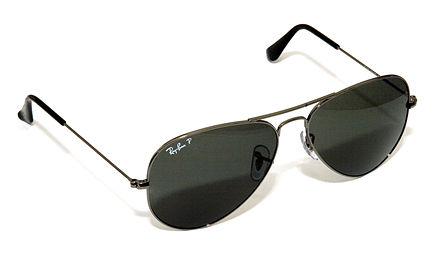 Sunglasses, Vitamin A and Your Lungs

As a nutritional consultant I am often called upon to help people with lung conditions, whether it is asthmatic or just a nagging cough that won’t go away. I inevitably, after offering some help for the immediate symptoms, end up talking about vitamin A. To me this is one of the most under-rated vitamins, and one that most people have been made afraid of. After suggesting a moderately high dosage most people come back with something about the “toxicity” of this vitamin. My response it to remind them that people die everyday from aspirin usage, but nobody thinks twice about popping an aspirin, yet no one has ever died from vitamin A, and still everyone is afraid of it.

Let’s begin with why I get people with lung problems to kick-up their vitamin A intake. One of the most important functions of vitamin A is to repair and re-build all the internal mucosal membranes, from your top orifice to your bottom one. Thus I will recommend it for sinus problems, leaky gut syndrome and even interstitial cystitis. Vitamin A is helpful for anything that has to do with internal mucous membranes.

In these days of constantly increasing air pollution, and the spread of airborne bacteria and viruses, it is important to realize that the lining of your sinuses and lungs are your first line of defense. Thus vitamin A is essential for protection against colds, influenza and infections of the kidneys, bladder, lungs and mucous membranes.

My “rule of thumb” is to tell anyone afflicted with such conditions to take 30,000 iu of vitamin A per day until their eyes are not sensitive to the sunlight. And of course, nine times out of ten, they tend to squint in the bright light. Which brings us to the sunglasses component of this article.

If you need sunglasses (outside of being on the water or snow, with their excess glare factor), your body is telling you that you are A-deficient. This implies your first line of defense is also weak, and I would suggest you try this experiment. Take 30,000 iu of vitamin A, ideally from molecular distilled fish liver oil (I recommend the Natural Factor brand), until you no longer squint in the bright light. Then roll it back to 10,000 iu per day, and start skipping the week-ends. This will use up any excess one might store, as it is a fat-soluble vitamin not a water-soluble one.

Now having said this, I will point out that I have seen a Naturopath recommend 100,000 iu of this vitamin to a young woman, to be taken daily for a month. So this is very conservative therapeutic dose. Yet even at this level, I had one man with asthma reduce his “puffer” use down to almost nothing within a month at only 30,000 iu per day. The interesting thing about “puffers”, which are cortico-steroids, is that they gradually reduce the lining of the lungs, thus in the long run worstening the very condition that they alleviate the symptoms of. Clearly this type of medical response is a double-edged sword.

Now, it is maintained by the medical profession that pregnant women should not take more than 5,000 iu of vitamin A daily, due to a link with certain birth defects. And those with liver disease should not take more than 10,000 iu daily, without the advice of a professional. Children should not get more than 18,000 iu daily for a month, maximum. These restrictions can be bypassed by using beta-carotene, which is also known as pro-vitamin A. This means that the body will convert beta-carotene into as much vitamin A as it requires, then the rest of it will be used as a powerful antioxidant protecting the body from cancer and other diseases.

Therefore you cannot overdose on vitamin A produced in your body from beta-carotene, you can however turn an orange color if you take too much. In fact, some natural tanning pills are nothing more than strong beta-carotene pills. Remember that unless a beta-carotene product clearly states that it is from a natural source, or lists the rest of the family of carotenoids, it is synthetic and virtually useless. Also, those with thyroid conditions do not convert beta-carotene into vitamin A. Freshly made organic carrot juice is a good way to naturally get a therapeutic amount of beta-carotene.

Substances that interfere with vitamin A absorption include antibiotics, laxatives and some cholesterol-lowering drugs. This article only touches on one main aspect of vitamin A, but like most nutrients it has a host of functions. For example at high levels it is very effective at treating acne, so much so that one acne drug is an analogue of vitamin A. Protein requires vitamin A in order to be utilized by the body. It prevents night blindness and other eye problems. Deficiencies of vitamin A can also manifest as dry hair or skin, dry eyes, reproductive difficulties, sinusitis, pneumonia or frequent respiratory infections.