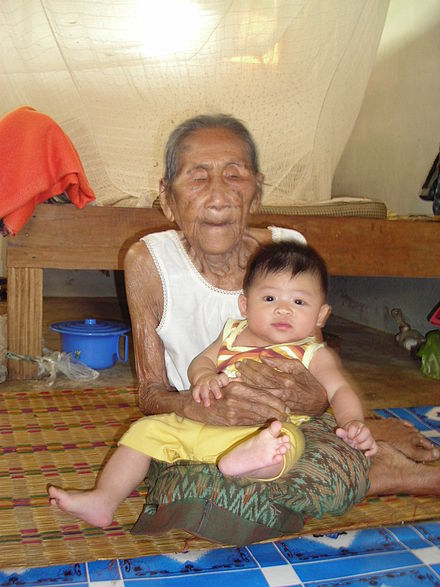 In preparation for releasing our new Resveratrol product, this blog will focus on the many benefits of this amazing substance that serves to dramatically improve health and longevity. The NutriStart resveratrol product is an easily absorbed liposomal liquid along with turmeric extract. (Liposomal Curcurmin/Resveratrol)

Certain antioxidant compounds found in various plants are known as polyphenols, and Resveratrol is of that family. Plants that contain Resveratrol include blueberries, bilberries, peanuts, rhubarb, pomegranate, grapes, and Japanese Knotweed (Polygonum cuspidatum). Grapes and Knotweed are the highest sources, with Japanese Knotweed being the common source for commercial Resveratrol products. Knotweed originated in Japan and China, but now grows in North America and Europe as well.

Resveratrol is used by these plants to protect themselves from fungus, viruses and ultraviolet radiation. In a similar manner antioxidants, whether from Resveratrol or other sources, will protect us against certain diseases when we ingest them.

This nutrient is especially high in wine, and was thought to be responsible for the “French Paradox”. This paradox was the conflicting ideas that the French had a diet much higher in saturated fats than North Americans but had far less heart disease. Most of the Resveratrol found in grapes occurs in the skins and seeds so red wine tends to be high in it because, during fermentation, the wine spends a lot of time in contact with the skins.

The health benefits of drinking red wine are generally associated with its Resveratrol content, though the amount of Resveratrol in modern wine is relatively low. The content was much higher in the past due to healthier soil containing more minerals, and before fungicides and pesticides usurped the protective functions of the Resveratrol that the plants produced. The average glass of red wine contains anywhere from 0.2 to 2.0mg of Resveratrol per serving.

Resveratrol is now believed to be a longevity agent helping to prevent age-related health issues and has shown to have effects similar to the benefits found from a calorie restricted diet. Research also supports the idea that Resveratrol can reduce the risk of heart disease and can protect the brain from free radical damage following a stroke, among many other benefits.

WHAT ARE THE BENEFITS OF RESVERATROL?

– Powerful antioxidant effects, including raising SOD and glutathione levels in the body.

– Enhances longevity by prolonging the life of cells.

– Helps to prevent plaque formation in the brain related to Alzheimer’s disease.

– Helps to prevent insulin resistance, a cause of diabetes.

Research has indicated that Resveratrol increases the life span of fruit flies, yeast and nematode worms. Mouse studies found that it would reduce the effects of over eating that would shorten their normal life spans. A 2006 Italian study found that resveratrol increase the life span of one species of fish. (Curr Biol. 2006 Feb 7;16(3):296-300.“Resveratrol prolongs lifespan and retards the onset of age-related markers in a short-lived vertebrate.” Valenzano DR, et al.)  (Study)

Resveratrol supplementation can mimic a calorie-restricted diet, offering benefits for both longevity and weight loss. Reducing calorie intake has many proven benefits aside from weight control, including lowering blood pressure and raising HDL cholesterol while lowering levels of LDL cholesterol. Restricting calories, but not nutrients, is part of the CRON (Calorie Restriction with Optimal Nutrition) program that is used to prolong lifespan.

Formal studies have not been carried out on humans but, with rats, such a program, began when the rats are young, can effectively increase their life spans by about 50%. Resveratrol has been shown to activate a gene called SIRT1 which increases energy product in the mitochondria, our cellular energy factory, thus we can see benefits for conditions of fatigue and Chronic Fatigue Syndrome.

A study published in the journal Nature looked at 3 groups of middle-aged mice. One group received their standard diet (the control group), another received a high fat diet, increasing their total calories by 30% with hydrogenated coconut oil, and the third group received the same high fat diet with the addition of a Resveratrol supplement. The mice taking the Resveratrol supplement showed no fat- related diseases, and had a 30% lower risk of death than the mice on the high fat diet not receiving the Resveratrol, and equivalent to the mice on the standard diet.

To quote the study: “Here we show that resveratrol shifts the physiology of middle-aged mice on a high-calorie diet towards that of mice on a standard diet and significantly increases their survival. Resveratrol produces changes associated with longer lifespan, including increased insulin sensitivity…These data… point to new approaches for treating obesity-related disorders and diseases of ageing. (Nature 444, 337-342 (16 November 2006) Resveratrol improves health and survival of mice on a high-calorie diet.” Joseph A. Baur, et al.)  (Study)

Resveratrol is considered to be an anti-cancer agent. It will help to prevent the initiation and progression of cancer by inhibiting abnormal cell proliferation. It can also restrict blood flow to tumors and promote the death of unhealthy, cancerous cells, preventing their proliferation. Researchers at the University of Rochester showed for the first time that Resveratrol can help to destroy pancreatic cancer cells by reaching to the cell’s mitochondria, and crippling its function. The study is published in the March edition of the journal, Advances in Experimental Medicine and Biology. (Article)

Resveratrol has shown to support heart health through the mechanisms of reducing total cholesterol, LDL cholesterol and triglycerides, reducing blood pressure, and preventing plaque formation in the arteries.  It has also been shown to help reduce incidence of stroke. (Study)

Resveratrol serves as an anti-inflammatory by preventing the expression of inflammatory signals in the body. Inflammation is a serious issue for victims of brain or spinal cord damage, as well as for those simply with joint or organ inflammation. Resveratrol can decrease the inflammation response by blocking pathways that allow inflammation to take place. (Study)

At the University of Texas research was carried out on the effects of Resveratrol on diabetes. The 2009 study suggests that Resveratrol can help lower blood sugar levels, and help the body maintain better insulin levels in diabetic mice. (Study)

Recent research from Cornell University, shows that Resveratrol has the unique ability to decrease plaque formation in animal brains as they age, highlighting the potential for the same in Alzheimer’s patient. (Study)

The molecule of Resveratrol occurs in two forms in nature, one called the cis-form and the other called the trans-form. Clinical studies have been done with the trans-form, and the cis-form is considered to be of little value. In a sense we can look at it like the elemental value of the Resveratrol. Most products have a 50% amount of trans-resveratrol, so when looking at a product it may say 100mg but if you look at the fine print and it states 50% trans-resveratrol, you will know that you are only getting 50mg of active Resveratrol.

In studies done by BioMarker Pharmaceuticals, mice demonstrated positive anti-aging gene-expression changes when receiving the human equivalent of 20 mg of Resveratrol per day. One 20mg dose of Resveratrol is roughly equal to the amount of Resveratrol found in nearly 40 glasses of red wine. Other studies have used doses of Resveratrol equal to hundreds of milligrams, also with positive effects.

These studies indicate that there is a wide range of potential dosages, starting as low as 20mg and ranging up to hundreds of milligrams. Since it is a safe substance that we cannot overdose on, the actual dosage will be a personal choice. That being said, I had one client, a recovering cancer patient, who told me that 100mg was his optimal dose, since the other product that he tried, offering 250mg of Resveratrol, gave him too much energy and kept him up at night.