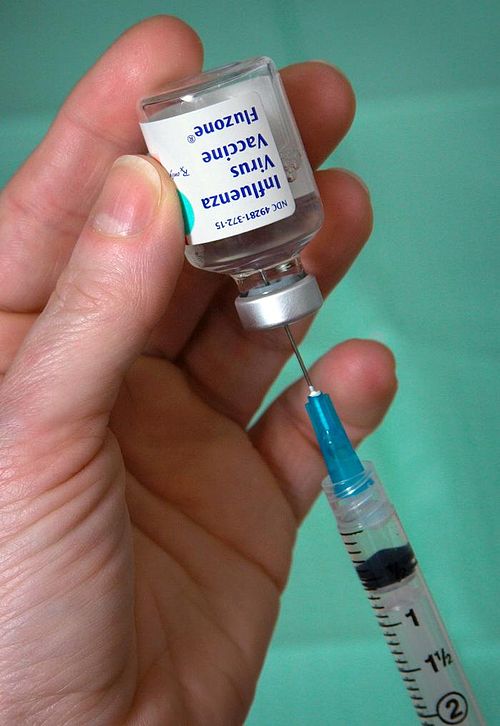 In part one, I examined how vitamin C can protect children from much of the potential damage that can occur as a result of vaccinations. We saw how there is a subset of children prone to low glutathione levels, who may be more susceptible to vaccine injury than healthier children. Herein we will examine the role of glutathione in more detail, look at the concerns surrounding the use of aluminum in vaccines, and find out how to remove aluminum from the brain.

As mentioned in part one (under Vitamin C), toxins do much of their damage by causing free radical damage (oxidation).

A normal amount of free radicals are created as a byproduct of oxidation in the body, which occurs when the cells make energy. However, an excess are created by exposure to chemical toxins, heavy metals, and radiation. The body neutralizes these damaging free radicals by using antioxidant to “scavenge” them, preventing damage to the DNA, or any other part of the cell.

The most important, and most powerful antioxidant is glutathione, which is internally generated from precursors such as vitamin C, and sulfur-bearing amino acids.

Glutathione can neutralize a normal amount of free radicals, but when the body receives a huge amount at once, all the active glutathione is used up. This absence of sufficient glutathione when assaulted by free radical overload, results in lots of oxidative damage, especially to the brain and liver.

The heavy metals, and other contaminants, found in many vaccines, can cause a free radical overload in the body, especially in infants and young children, who are still unable to produce large amounts of glutathione. (Also, people with certain health issues, particularly those who are poor methylators, are unable to manufacture adequate amounts of glutathione internally, even if given the precursors.)

When we consider the potential of mercury and aluminum to cause brain damage in infants and young children, it is important to recognize the importance of glutathione activity in the brain. Most antioxidants cannot get into the brain to prevent free radical damage, but glutathione has the ability to cross the blood-brain barrier, and so is very protective of the brain.

However, when glutathione levels are depleted in children, or too low to cope with a heavy free radical assault, the child in question can end up with oxidative damage, inflammation, and even permanent brain injury. (More info on the subject.)

Now, we come to a very important point on this subject: the use of acetaminophen (Tylenol) on infants and children, who have been vaccinated. Medical professionals actually tell parents to use this drug if the children suffer from pain, or inflammation, following vaccination. (For some reason, Tylenol owns the medical profession, and it is the over-the-counter drug most commonly recommended by doctors.)

Giving this drug to children following vaccination is the worst thing one can do, and may be the key reason that some children are damaged by vaccines. And, why is that? Because acetaminophen is notorious for depleting glutathione levels. This is the reason why it is linked to liver damage, and is the most common (over-the-counter) drug that lead to hospitalization.

Here we refer to a clinical study titled, “Acetaminophen (paracetamol) use, measles-mumps-rubella vaccination, and autistic disorder: the results of a parent survey.” (Study) This study concluded that: “This preliminary study found that acetaminophen use after measles-mumps-rubella vaccination was associated with autistic disorder.”

Therefore, do not give your child acetaminophen before or after vaccinations. It can trigger autism, and is also linked to a decreased immune response to the vaccine.   (More info on the subject)

One Naturopath (Erika Krumbeck, N.D.) believes that glutathione depletion may be the main cause of adverse reactions to vaccines.

Glutathione is our main antioxidant, and antioxidants also decrease inflammation. Since inflammation is a process that occurs following vaccination, and since acetaminophen depletes glutathione, we have a perfect storm that can lead to inflammation that is out of control. This dangerous level of inflammation (along with free radicals) wreaks havoc in the body, and especially in the brain. Again, glutathione is one of few compounds that can cross the blood-brain barrier, making it critical for the prevention of neurological disorders.

Dr. Krumbeck suggest giving supplements to children that can increase glutathione levels (for example N-acetyl cysteine), and she also says, “In my practice I also use liposomal glutathione for children who are at risk for autistic disorders. The liposomal form allows glutathione to be absorbed quickly in the intestines before it can be broken down (most glutathione supplements are not well absorbed because of the rapid breakdown).” (Article)

(Given Dr. Krumbeck’s recommendation of liposomal glutathione, I will include this link to our product: Nutristart Liposomal Glutathione)

As mentioned in part one, aluminum is used as an adjuvant in many vaccines. These include hepatitis A, hepatitis B, diphtheria-tetanus-containing vaccines, Haemophilus influenzae type b, and pneumococcal vaccines.

Aluminum can have toxic effects, and, if the body is unable to clear it out, aluminum can build up in the brain leading to autism, and Alzheimer’s disease, among other ailments.

It has been established that, like mercury, aluminum has a strong affinity for the sulfhydryl group present in glutathione. Thus glutathione has the ability to conjugate and detoxify aluminum out of the body.

This was confirmed in a clinical study in which, “It was found that Aluminium metal causes a decrease in the GSH (glutathione) level, which is more pronounced with increasing concentration of Aluminium metal and with time incubation as well. The observed effect GSH concentration may be presumably due to production of oxidized glutathione (GSSG) or then due to Aluminium-Glutathione (GS-Al) conjugate formation”.   (Study)

So, by providing those being vaccinated with liposomal glutathione, prior to the administration of the vaccine, we may prevent aluminum from building up in the body, possibly leading to health issues for those on the receiving end of the needle.

(Here is a bit from an older newsletter in which aluminum in the brain is well-linked to autism.)

Aluminum, when absorbed into the body, damages the blood brain barrier, activates brain inflammation, and suppresses mitochondria function (which generates energy for cells, and regulates cellular metabolism). Human exposure to aluminum has also been linked to autism spectrum disorder. In this study, researchers used a novel approach “to measure, for the first time, the aluminum content of brain tissue from donors with a diagnosis of autism”.

The aluminum content of brain tissue in autism was consistently high, in fact they commented that, “These are some of the highest values for aluminium in human brain tissue yet recorded and one has to question why, for example, the aluminium content of the occipital lobe of a 15 year old boy would be so high.” (Source)

Considering this comes from a respected medical journal, I find it hard to understand why everyone is so easily convinced that there is no relationship between aluminum in vaccines and the rise in autism.

Removing Aluminum from the Body

In a newsletter from 2018, I discussed a study which showed that drinking mineral water, high in a form of silica known as silicic acid, could actually pull aluminum out of the brain, and body.

“We have shown that drinking up to 1 L of a silicon-rich mineral water each day for 12 weeks facilitated the removal of aluminum via the urine in both patient and control groups without any concomitant affect upon the urinary excretion of the essential metals, iron and copper. We have provided preliminary evidence that over 12 weeks of silicon-rich mineral water therapy the body burden of aluminum fell in individuals with Alzheimer’s disease and, concomitantly, cognitive performance showed clinically relevant improvements in at least 3 out of 15 individuals.”   (Study)

There are 3 mineral waters recommended by alternative health practitioners that are high in silicic acid: Spritzer, Volvic, and Fiji. One can also purchase “Silicea Colloidal Gel”, which is a liquid supplement that contains silica in the form of silicic acid. This can be added to your drinking water (ideally purified or spring water) to make your own high silica water.

If you, your children, or your loved ones, are going to be vaccinated for anything, it makes good sense to pre-and-post dose with both liposomal vitamin C and liposomal glutathione. It certainly won’t do any harm, and it just might do a world of good.