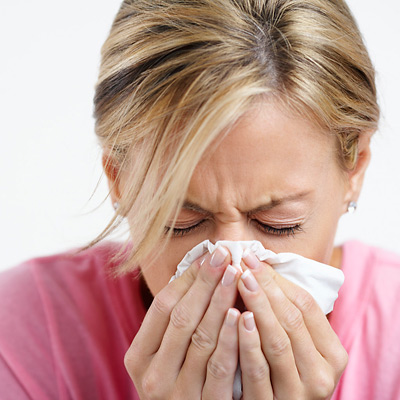 The Anti-Viral Properties of Astragalus and Green Tea

THE BENEFITS OF ASTRAGALUS

In the previous blog in this series I examined the anti-viral and immune-enhancing properties of medicinal mushrooms, specifically the 6 mushrooms found in our IMMUNESTART product. Backing up the medicinal mushroom compounds found in IMMUNESTART is the herb Astragalus, treasured for centuries for its health and longevity enhancing properties. It is one of the safest herbs for long-term usage, and is often recommended by Chinese herbalists as the most important energy and immunity tonic for our busy and demanding Western lifestyles.

The Western scientific name for Astragalus is Astragalus membranaceus, and commonly known in the West as milk vetch or locoweed. Chinese medicine traditionally uses Astragalus (Huang Qi) to strengthen the immune system, and to prevent and treat common colds and upper respiratory infections. Currently, in both the East and the West, it is also recommended to reduce the adverse effects of chemotherapy and radiation treatments. Astragalus is high in antioxidants and functions as an adaptogen, which means that it aids the body in dealing with stressors, including chemical, emotional, mental, and physical.

Western science has confirmed that Astragalus has potent immuno-modulating, anti-allergenic, anti-microbial, anti-viral, and anti-inflammatory properties. As well, studies have shown that using Astragalus throughout the cold season can reduce the both the number of colds caught, and the duration of those colds that were caught. Astragalus also is commonly prescribed by Naturopaths for bronchitis and other respiratory infections

Studies, in both humans and laboratory animals, have demonstrated the potent antiviral potential of Astragalus, via its ability to protect against infection from the viruses that cause influenza and the common cold. Both oral and nasal administration of Astragalus extracts, have offered protection against the common cold. In patients who are susceptible to colds and flu, treatment with Astragalus for short periods of time (two weeks), enhanced interferon induction by the white blood cells, resulting in increased levels of cytokines (such as interleukin-2 and IgA and IgG). (Study)

In both Chinese and Western herbalism, Astragalus is also considered safe and effective to use on children as a general immune supportive. And clinical studies have confirmed that Astragalus is effective at preventing and treating respiratory tract infections in children. There are a number of Astragalus-based immune tonics for children, available at health food stores.    (Study)

Astragalus may interfere with drugs that suppress the immune system. Such drugs, like cyclophosphamide, are often used by people with lupus or rheumatoid arthritis, or to reduce the risk of rejection in organ transplant patients. It is advised that people taking these types of drugs do not use Astragalus.

If you are taking the drug Lithium you should speak to a health professional before using Astragalus. It can make it harder for the body to get rid of lithium, potentially allowing dangerously high levels of the drug to build up. On the other hand, since lithium, in its natural, trace mineral form, is essential for maintaining a positive mood, Astragalus may help the average person maintain healthy levels of this mineral.

Astragalus should not be used when a fever is present (as it may intensify and/or prolong it), or during cases of acute infections.

Green tea offers immune support from a number of different angles. It is a powerful antioxidant, and is also anti-bacterial, anti-fungal and anti-viral. All of which serve to protect our bodily terrain against free radical damage from toxins, and attack by invasive bacterial, fungal and/or viral agents.

ANTIOXIDANT PROPERTIES OF GREEN TEA                       Antioxidants protect our immunity by taking a burden off of the immune system. In experimental studies Green Tea polyphenols, a unique class of bioflavonoids, have shown greater anti-oxidant activity than either vitamin C, or vitamin E. The most important of the polyphenols are the catechins, in particular EGCG (epigallocatechin), which has been shown to have 200 times more antioxidant activity than vitamin E, and has demonstrated that it protects against digestive (E. coli, cholera), and respiratory infections.    (Study)

As well as exerting its own antioxidant activity, Green Tea has been shown to elevate the body’s antioxidant protective system by raising levels of the enzymes super oxide dismutase, and glutathione peroxidase. These two internally-generated antioxidants (SOD and Glutathione), are far more powerful than any ingested antioxidants, and serve to both fight free radical damage, and to facilitate detoxification functions. And, by detoxifying (removing) toxins from our bodies, we further reduce the burden on our immune system.

The antioxidant polyphenol EGCG also encourages probiotics to colonize in the gut. Probiotics are not only important for digestion and nutrient absorption, but also are an important component of our immune system. Furthermore, probiotics have recently been revealed to help fight both anxiety, and depression. And, anything that helps to maintain a positive mood is important, since mood affects both immunity, and alkalinity in the body (negative emotional states create acidity.)

Researchers have found that drinking teas (black and green), which are naturally high in the amino acid L-Theanine, may help strengthen the body’s immune system response when fighting off infection. The findings were first discovered in laboratory cell cultures and then verified in a small human study. Their conclusion was: “Our data suggest that L-Theanine may specifically boost the capacity of gamma delta T cells – the body’s first line of defense against infection.”

Scientists compared the immune system strength of men and women before and after they started to drink tea. A control group drank coffee instead. The study showed that those people who drank 5 to 6 small cups of black tea per day, more easily fought off infection. And, green tea is even stronger than black tea, being higher in antioxidants, and in L-Theanine. L-Theanine, available in supplemental form, is also a powerful mood enhancer and anti-anxiety agent.   (Study)

“Polyphenolic compound catechins…from green tea were evaluated for their ability to inhibit influenza virus replication in cell culture and for potentially direct virucidal effect. Among the test compounds, the EGCG and ECG were found to be potent inhibitors of influenza virus replication in MDCK cell culture and this effect was observed in all influenza virus subtypes tested, including A/H1N1, A/H3N2 and B virus.”   (Study)
The above scientific studies clearly indicate that Green Tea is one of our best direct defenses against the influenza virus. But, it should be pointed out here that, the anti-viral effect of green tea has been shown to be much more effective when the caffeine is present, than when it has been decaffeinated (Brigham and Women’s Hospital, April 21/03). This may be because the processes that removes caffeine from green tea leaves also removes between 25 and 50% its antioxidants, including the catechins.

Those sensitive to caffeine should appreciate that green tea contains far less caffeine than coffee does, and that the caffeine’s stimulatory effects are in part neutralized by the presence of L-theanine, which is sedating in nature.

Those who take Green Tea supplements in capsule form are missing out on some of its most powerful benefits. When we drink Green Tea (and to a lesser extent, black tea), and it has a chance to work in the mouth, it will kill the bacteria that causes bad breath, kill the bacteria that causes cavities and periodontal (gum) disease, and as well, it has been shown to reduce the incidence of oral cancers, even in smokers.
(Study)           (Study)