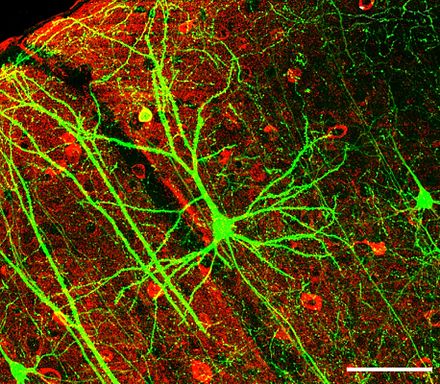 NUTRIENTS THAT PROTECT THE BRAIN FROM ALZHEIMER’S DISEASE

We’ve all heard about the dangers of “trans-fats” and heart disease. These damaged fats, found in partially hydrogenated, hydrogenated, and repeatedly overheated (as in deep frying) vegetable oils, are in margarine, potato chips, French fries, pastries, cakes, and fried and processed “fast foods”. The link between trans-fatty acids and increased inflammation, leading to hardening of the arteries and increased risk of heart attack, is well proven.

Now, we have new information, from the Oregon Brain Aging Study, published in the journal Neurology, indicating that those with the highest trans-fats in their diets are far more likely to show brain shrinkage, the kind associated with Alzheimer’s disease. Dr. Gene Bowman, the head of the study, said that “…our study is one of the first to look at blood levels of trans-fats related to brain health.”

This study, performed at the Oregon Health and Science University in Portland, started in 1989 and followed almost 300 people aged 65 and older, all of whom were generally healthy. The following material was based on a cross-sectional sample of 104 elderly adults (62% women; mean age, 87 years) participating in the Oregon Brain Aging Study.

As well, the findings in this study were modified to take into account other influential factors such as age, cholesterol levels, diabetes, education, genetics, high blood pressure, smoking, etc. Therefore, they were confident in the results as presented. “The aim was to study the effects of age on dementia risk in people that don’t have factors known to increase their risk at the time,” said Dr. Bowman.

TRANS-FATS AND YOUR BRAIN

The part of this study related to trans-fats, revealed that the subjects with high levels of trans-fats circulating in their blood had less brain volume, and poorer attention, language, memory and processing skills, compared to those with the lowest levels. Dr. Bowman believes that what is happening is that the bad fats are replacing the good fats in the cell membranes. “And when that occurs it changes the structure and chemical properties of the cell in an unfavorable way” he said.

In the natural living field it has always been maintained that a craving for chips and deep fried foods is the body needing good fat, but craving fats indiscriminately. It is up to us to guide those cravings toward healthy fats. We’ve also believed for some time that bad fats displace goods fats and this study further supports that thesis with another finding about fatty acids.

What the aging study also found was that those participants with the most omega 3 fatty acids present in their bodies had much better functioning brains. This was demonstrated by better ability to multi-task, plan, problem solve, and perform other higher brain functions. Those with high levels of omega 3 fatty acids also showed fewer lesions of white matter on their brain scans (an indicator of Alzheimer’s disease).

OTHER NUTRIENTS THAT PROTECT THE BRAIN

The Oregon Brain Aging Study was broader than just looking at the influence of fatty acids, also testing the blood of their subjects for markers of 30 different nutrients. As well, the participants received a variety of neuropsychological tests, with some of them also getting MRI scans of their brains.

So, aside from showing a direct link to brain protection from good fats, and brain damage from excessive bad fats, they were also able to show a link to the protective value of some other nutrients. For those of us in the supplement field, after seeing so many news releases showing little value, or actual harm, from nutritional supplementation, it is nice to see a study fully supportive of the value of nutrients to prevent premature aging of the brain.

The other key nutrients found to be most protective of the brain were the B vitamins, along with vitamins C, D and E. Those subjects who had the diets highest in those vitamins showed larger brains and better cognitive function than participants who had the diets lowest in these vitamins.” Larger” brains might sound a little ridiculous, but those with low amounts of these vitamins circulating in their bodies literally had less actual brain tissue. Brain shrinkage, also a sign of dementia as well as Alzheimer’s disease, has been shown to be particularly sensitive to vitamin B-12 deficiency. Indeed, that particular B vitamin was one of the specific B vitamins highlighted in the study. The particularly supportive B vitamins were B1, B2, B6, folate (folic acid), and B12.

The main strength of this study, claim the researchers, is that they studied nutrient levels in the blood instead of self-reported dietary patterns, as is often the case in such studies. This avoided biases and recall errors that occur when individuals just report their usual dietary intake, especially with seniors who may have cognitive issues already. However, one thing I could not find in the body of this study was if any of those nutrients came from supplementation, but I suspect so.

The majority of people in the Oregon Brain Aging Study were elderly women. It is known that one of the groups most likely to use nutritional supplements is seniors. In a recent U.S. survey it was found that among women 65 years old and up, nearly 60% had used some kind of vitamin/mineral supplement.  In another study of women aged 65 to 84, 82% had used a vitamin/mineral pill and 59% had used a supplement other than just a multivitamin or calcium. (Study)

I would suggest that it is quite likely that many of the participants had higher levels of the vitamins and omega 3 fatty acids that were protective of brain health due to some degree of supplementation. And if not I still believe that there is enough evidence that ingesting these nutrients as supplements can make a difference in how well we and our brains age.

The above link to Medscape may require you to sign up in order to view the entire article, though it is free to do so.