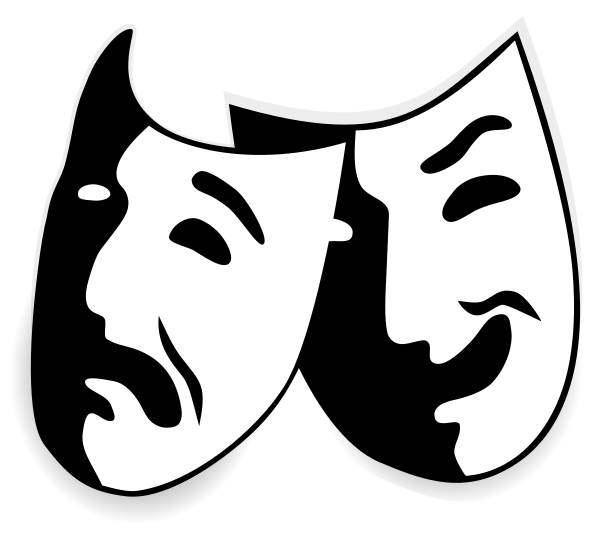 If you are anxious (“larger”, that is, too “out there”) you have an excess of excitory neurotransmitters and we would work to suppress those by increasing your inhibitory transmitters, using (in our case) natural substances that can increase GABA and/or serotonin levels. GABA can currently be purchased over the counter in pill form (therapeutic dose starts at 500 mg, up to three times daily) and precursors to serotonin are also commonly available.

One of the most popular elevators of serotonin is 5HTP (5-Hydroxytryptophan) a variation on the amino acid L-Tryptophan (which currently requires a prescription in Canada, unlike 5HTP). Common dosage is 50 to 100 mg, up to three times daily, in enteric-coated form. Start with a low dose, as it is not uncommon for stomach upset to occur with this substance. My favorite natural sedative is L-Theanine, an amino acid derived from green tea. It is safe enough that it is used as an alternative to Ritalin for children in Japan. Usually taken at 150 to 300 mg one to three times daily. Theanine appears to also have anti-viral properties.

High levels of vitamin B-3 (500 to 1500 mg daily, as niacin, niacinamide or flush-free niacin) will also dramatically increase serotonin production. If you are using niacin you must start with a low dose (100 mg) and gradually work your way up to the 500 mg level. Otherwise you will experience some really uncomfortable side effects (reddening, heating and flushing of the skin). This will not occur with the other two forms of B-3, but you will also not get the added benefit of enhanced circulation that the flushing form provides.

Natural serotonin boosters have an advantage over SSRIs since this class of drug only keeps the limited amount of serotonin running in a loop, whereas the precursors will actually elevate the level of natural serotonin in the body.

Now let’s say that you are depressed (“small,” that is, too withdrawn). At this point you are lacking excitory neurotransmitters: you need “get-up-and-go”, “joie de vivre”, if you will. You need to feel good about getting up and moving forward, and yet how do we treat you medically? We put you on SSRIs. Think about that. We are taking someone with too many inhibitory transmitters and not enough excitory ones, and we are further inhibiting their functions. This is why many people feel like a zombie on these medications.

These people (the depressed) need more dopamine in their brains, so let’s have a look at some natural elevators. One of the best natural precursors of dopamine is SAMe, pronounced “sammy”(s-adenosylmethionine) which actually outsells Prozac in Europe. SAMe is also supportive of liver function and can be used to treat arthritis (daily dose is usually at least 200mg one to three times daily). Another dopamine precursor, Yohimbe, is now somewhat illegal in North America, though still available by prescription as Yohimbine, and is most renown as an aphrodisiac.

NADH (Nicotinamide Adenine Dinucleotide) is currently used as a natural treatment for Parkinson’s disease and, as well as producing dopamine, also produces ATP in the brain, literally energizing it. This substance works better with the addition of 50 to 100 mg of vitamin B-3 daily, and should not be used in cases involving chronic alcoholism. Usual dosage is 5 to 10 mg in enteric-coated form, first thing in the morning on an empty stomach.

St. Johns Wort, as well as producing dopamine, can also produce serotonin when required, nicely covering both bases at once. Usually taken at 300 mg of a standardized extract one to three times daily. Phosphatidyl Serine is a lipid (fat) nutrient also used to regenerate damaged brain cells. Usual dose is 100 mg, one to three times daily. The amino acid L-Tyrosine, also good for improving thyroid function which can increase physical energy levels, is taken at 500 to 1500 mg daily, on an empty stomach. I find 1500 mg first thing in the morning to be an uplifting start to the day.

Avena Sativa is an extract of flowering green oats which, when correctly harvested and processed, is such a good dopamine elevator that it is sold in Japan as an aphrodisiac. Many natural aphrodisiacs include dopamine boosters since, as I mentioned earlier, it is important for the aspects of sexuality that are broader than simple lust. “A. Vogel” company makes one of the best Avena tinctures in the world.

Many of the substances that raise dopamine also raise serotonin and those that raise serotonin can also affect dopamine levels. As we discussed earlier, the brain requires both types of neurotransmitters at different times, so many of these substances work to normalize brain functions. However for the sake of simplicity we are focusing on their dominant effects.

Most of these substances may not be used in conjunction with pharmaceutical mood drugs (L-Theanine is the exception and will not interact with low doses of pharmaceuticals). If you wish to wean off of a pharmaceutical mood enhancer it is best that you seek out a professional, either a doctor that swings both ways, so to speak, or a naturopath.

Many of these antidepressants and anti-anxiety medications are dangerous to quit cold turkey. I had a young client who had more difficulty and physical symptoms trying to get off of a legal anti-depressant than she did breaking a Crystal Meth habit. Oh, for the days when you could trust your doctor, comfortably knowing that blood-letting and tobacco were safe and effective modalities.

Remember that healthy neurotransmitter production depends on a wide range of basic nutrients, including the B vitamins, the minerals magnesium, selenium and zinc, along with the family of trace minerals. Since about two thirds of our brain is composed of fat, good quality Essential Fatty Acids are required to allow proper transmission of brain signals. Studies done on high levels of EPA, a fatty acid found in fish oils, showed it to be quite effective at treating severe depression, schizophrenia and bipolar disorders.

Protein provides amino acids, which are also required for neurotransmitter production, and even the infamous carbohydrates are necessary for serotonin production (one reason why carbs are somewhat addictive). People who are overstressed will self-medicate by eating more sweets and refined carbohydrates. The ensuing insulin response favors tryptophan absorption over other amino acids, thereby increasing serotonin production.

Eating high protein foods, on the other hand, decreases serotonin levels and increases dopamine levels, since these foods are high in Tyrosine. Unfortunately, women on low carbohydrate/high protein diets (like the “Atkins Diet”) are prone to depression, cravings, bingeing, severe PMS, Seasonal Affective Disorder and weight gain relapse, due to their low serotonin levels. This particularly affects women because they normally have about a third less serotonin than men. The highest food source of L-dopa, the step before dopamine in the brain, is the fava bean (evidently goes well with a nice Chianti; in- joke for fans of Hannibal Lector).

The nice thing about nutrients and foods is that they won’t interact with mood altering medications and can gradually reduce the need for such substances. Let us not forget the amazing works of Dr. Abram Hoffer who has been treating everything from depression to schizophrenia with mega-doses of nutrients for decades. He put vitamin B-3 on the map, and it is the basis of most of his treatment protocols, from anxiety and arthritis through cancer and depression to schizophrenia. Dr. Hoffer will use certain pharmaceuticals judiciously when circumstances require, but they are not the primary focus of his treatment, unlike with most doctors.

So, there you go: your own home brain chemistry kit. Mix and match suddenly you’re happier. Best of all they are all legal and safe. Be aware that it takes three points to plot a trajectory, or to quote Goldfinger (from the James Bond novel): “…once is happenstance, twice is coincidence, the third time is enemy action.” In other words, try to observe your reaction to a substance a few times to make sure that you are fully aware of its effects on you before you discard it, or stack it with other substances. When effects seem to lessen, rotate to another substance with similar properties. This will prevent habituation to one chemical pathway. Remember: You Are The Experiment.