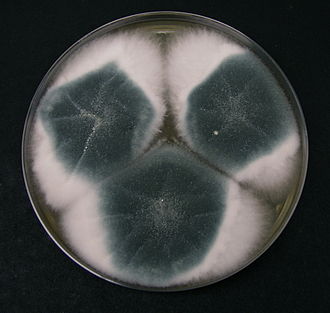 Molds and Fungi: Part 3 – Detoxing the Body, and Purifying the Air

For centuries humans have used the sauna (and sweat lodge) as a way to remove toxins from the body. And, while all forms of sweating will help to cleanse the body, currently the most popular methods for detoxification are the dry heat radiant saunas, and the infrared saunas (both near and far). Both work well to eliminate heavy metals, chemical pollutants, and xenoestrogens, however the ideal choice for maximum benefit is the far infrared sauna. The far infrared saunas have the advantage of easily inducing sweating, at a lower (and more comfortable) body temperature.

Sauna use has scientifically proven to be beneficial for treating addictions, chronic fatigue, chronic pain, hypertension, congestive heart failure, rheumatologic disease, and a range of cardiovascular and respiratory diseases. (Source) But, for our purposes here, sweating is of particular benefit because many mycotoxins can be eliminated from the body through sweating.

When people are seriously contaminated with mold and/or mycotoxins, treatment protocols are required to be extensive and comprehensive. For example, in one study, 28 people exposed to mold and mycotoxins, were treated with exercise, physical therapy, and sauna. Treatment also included IV antioxidants, oxygen therapy, and immunotherapy. This approach was highly successful, with 27 of the 28 patients returning to work.   (Study)

When using a sauna for detoxification it is commonly recommended that one take niacin shortly before beginning. Taking a niacin (B3) to the flush point (starting with 50 – 100 mg if you are unfamiliar with it) will facilitate the removal of chemicals (including xenoestrogens), and heavy metals, by pushing the blood to the surface of the skin, where the sweating process can then drive them out. While this approach may not be of as much value for removing mycotoxins (unresearched territory), at the very least the more toxins we remove the easier it is for the body to cope with what remains.

Contraindications to sauna therapy include pregnancy, concurrent use of alcohol, unstable angina, aortic stenosis, severe orthostatic hypotension, fever, oozing skin conditions, urticarial, or recent myocardial infarction. However, there are some studies supporting the safe use of saunas in persons with a recent history of myocardial infarction. Sauna use was not only found to be safe but actually transiently improved pulmonary function in a study of men with obstructive pulmonary disease.  (Source)

On the website of Neil Nathan, M.D., he shares some of what he learned by attending the American Academy of Environmental Medicine’s Mold Conference, held in Dallas, Texas. Two paragraphs stood out for me.

First: “He emphasized that inhaled particles (or nanoparticles) of mycotoxins or mold fragments are far, far more readily absorbed into our bodies than any other route of administration. This means that oral exposure to molds (i.e. in food) is much less likely to be a source of mold toxicity than air-borne particles.”

This tells us that having a good air cleaner, with a proper HEPA filter, is required if we are in an environment that may be contaminated with mold.

“The bare minimum filter an air purifier must have to remove mold airborne particles is a True HEPA filter. It captures 99.97% of particles as small as 0.3 microns. Two other important features are an Activated Carbon filter for reducing mold and mildew odors and an Ultraviolet Light to kill the active mold spores.”   (Source)

The second paragraph that caught my attention was this:

“He and other speakers emphasized that cleaning visible moldy areas with chlorinating agents (bleach) did not eradicate the mycotoxins and made those mycotoxins more lipid soluble (so they could be better absorbed through the skin) and thus, in fact, promoted longer half-lives making them even more toxic for humans.” (Source)

This was news to me, as I have up until now, thought bleach to be one of the better cleaning agents for removing mold. This leaves me believing that the best agent to clean up mold is borax, which I have found to be highly effective. (Removing mold with borax.)

Dr. Nathan’s website is a valuable source for mold and mycotoxin related subjects. In another newsletter on his site, he reveals a chart of foods determined by mold experts to support pathways which allow our bodies to remove mycotoxins. The charts are aimed to help practitioners take the results of urine mycotoxin assays (“which gives us the information we need to know with precision which mycotoxins are being sequestered in our patients) and to improve our patients’ ability to detoxify by strengthening the detoxification pathways known for each mycotoxin.”

The study that Nathan derived this chart from is titled Modulation of Metabolic Detoxification Pathways Using Foods and Food-Derived Components: A Scientific Review with Clinical Application, which can be viewed in its entirety by following the embedded link.

Further to the subject of keeping mold contaminants out of our air, is something called the EC3 Air Purification Candle. This candle claims to be a simple way to control mold levels in your home or workplace.

Following is material from their promotional material on Amazon:

“The heat from the burning candle aerosolizes the natural botanical embedded in the soy wax. The candle has no added fragrances to avoid inflaming the chemical sensitivities common in sinusitis sufferers. These candles can reduce the mold count in a room from TNC (Too Numerous to Count) to nearly 0 in less than 3 hours. Each candle will burn for approximately 16 hours. The candles are designed to work with EC3 Mold Solution Concentrate to eliminate spores that settle on hard and soft surfaces like bedding or other furniture. Using these candles with Micro Balance EC3 Laundry Additive, Mold Solution Concentrate and Mold Spray will help to create a healthy and mold-free household environment.”        (Link)

It is hard to confirm the validity of this product since product reviews range from 2 to 5 stars; it appears to work very well for some, and not so well for others. However, another option is to burn either frankincense or myrrh resins. This is something our ancestors knew intuitively, and science has confirmed that both frankincense and myrrh burned indoors have antimicrobial, and antifungal, benefits. While the benefits were more powerful for the incense version of these resins, much of the benefit can also be obtained from simply using the oils in an aromatherapy diffuser.   (Study)

Finally, for keeping the air clean it is worth considering purchasing a negative ion machine. I have covered the subject fully in Health Secrets Volume Two, but here I will reiterate clinical studies have confirmed that “NAIs (negative air ions) inhibited the growth of fungi and viruses” (including tuberculosis).  (Study)

My next blog on this subject will be the final in this series. Part four will cover substances that can cross the blood brain barrier, and clean out mold and mycotoxins from this critical part of our body.