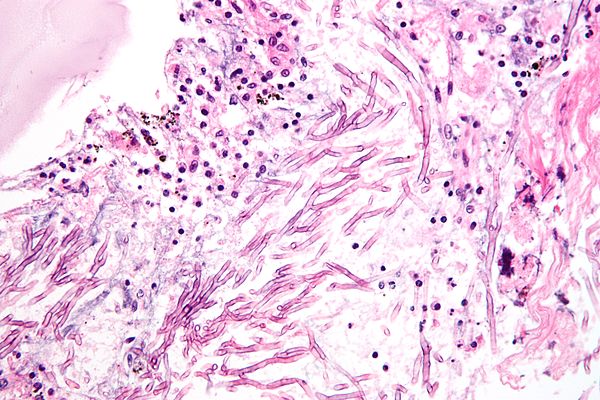 In part one I looked at the prevalence of molds, fungi, and mycotoxins in modern life, and examined some basic approaches to detoxification, including drug therapies. Here I will cover some more therapeutic approaches (all natural), focusing more on mycotoxins, as they are the most difficult to eradicate from the body.

Very often those with mold, or mycotoxin, toxicity have been ill for quite a while before they get a proper diagnosis. Carrying the toxic overload, along with the high stress levels caused by toxicity symptoms, can leave most people in a state of nutritional deficiency.

Thus, if you find yourself in this camp, you should ensure that you take good amounts of basic nutritional support (multivitamins), with extra antioxidants (A, C, E, selenium), all of which will be required for supporting detoxification, and getting the body back into a state of good health.

The primary antioxidant and detoxification element is of course glutathione (discussed in previous blog). Supplements for supporting glutathione production in the body include vitamin C (500 – 1000 mg, three times daily, or even better, liposomal vitamin C), milk thistle, and whey protein. Whey protein also offers the advantage of being an easily absorbed protein, especially for those who have developed gastrointestinal issues as a result of their exposure to mold and/or mycotoxins. (More benefits of whey protein to follow.)

According to one clinic that specializes in treating mold exposure in people, nutritional deficiencies they commonly find in their patients include the B vitamins (especially folic acid, B-6 and B-12), COQ10, magnesium, vitamin D, and zinc. All of these nutrients are needed by multiple pathways in the body required for detoxification. (Note that those in poor health should take the methylated form of the three B-vitamins; methylfolate, P5P-B6, and methylcobalamin B12.)

As mentioned in part one, mycotoxins, the metabolites of molds and fungi, are more difficult to eradicate, and far more toxic, than their source material.

OTA is a highly toxic mycotoxin which frequently contaminates human and animal food products, and predominantly affects the kidneys.

Melatonin, and licorice extract, were evaluated for their effect on OTA-induced oxidative stress and tissue damage, in the testes of male rats. Both supplements were found to alleviate most of the biochemical alterations caused by OTA, and both exerted a protective effect on OTA-induced damages.  (Source)

Melatonin production is suppressed by exposure to electromagnetic pollution, and, aside from its role in sleep regulation, serves as an anticancer and longevity agent. Therefore, I believe most people should be supplementing with it, at an age-appropriate dose; none for those going through puberty. (Much more on the subject of melatonin can be found in my new book, Health Secrets for the 21st Century – Volume 2.)

A scientific overview of the benefits of melatonin found it to be essential for a variety of detoxification processes. Here is a look at some of what that study had to say:

“Melatonin is a powerful endogenous antioxidant produced by the pineal gland and a variety of other organs and many studies confirm its benefits against oxidative stress including lipid peroxidation, protein mutilation and molecular degeneration in various organs, including the liver. Recent studies confirm the benefits of melatonin in reducing the cellular damage generated as a result of the metabolism of toxic agents. These protective effects are apparent when melatonin is given as a sole therapy or in conjunction with other potentially protective agents. This review summarizes the published reports that document melatonin’s ability to protect hepatocytes from molecular damage due to a wide variety of substances (aflatoxin, heavy metals, nicotine, carbon tetrachloride, chemotherapeutics, and endotoxins involved in the septic process), and explains the potential mechanisms by which melatonin provides these benefits. Melatonin is an endogenously-produced molecule which has a very high safety profile that should find utility as a protective molecule against a host of agents that are known to cause molecular mutilation at the level of the liver.”   (Study)

A family of carcinogenic mycotoxins, known as aflatoxins, are produced by certain molds found in soil, decaying vegetation, grains, and hay. Primarily affecting the liver, aflatoxins are found in a wide range of food products including, cereals, corn, figs, and nuts (particularly high in peanuts and peanut butter).

As with many toxins, aflatoxin does much of its damage by producing reactive oxygen species (ROS), which causes free radical damage. And, aflatoxins significantly decrease levels of glutathione and superoxide dismutase (SOD), two of the most important antioxidants for protecting against free radical damage.

Given that antioxidants are required to protect us from free radical damage, it is no surprise studies have confirmed that supplementing with certain antioxidants can indeed protect against mycotoxin-induced damage.

In a study done with human lymphocyte cultures, aflatoxin B1 was used to generate reactive oxygen species, then the cells were treated with vitamins A, C, and E. This study concluded that, “vitamin A, C, and E exhibited protective effects in human lymphocytes by inhibiting AFB(1)-induced ROS generation”.  (Study)

And, one of our best protectors against aflatoxin damage is the always reliable turmeric (source of curcumin). “It is well documented that the liver is the primary target organ of aflatoxin B1 (AFB1) and curcumin proved to be effective against AFB1-induced liver injury.”  (Study)

A fermented milk product (“Yakult”) containing Lactobacillus rhamnosus GG, and Lactobacillus casei strain Shirota, given both alone, and in combination with chlorophyllin (chlorophyll extract), was tested against aflatoxin B1.

The fermented milk product both alone, and in combination with chlorophyllin, provided a dramatic protective effect against aflatoxin B1-induced liver damage. It did this by “enhancing activities of glutathione-S transferase, glutathione peroxidase, catalase, and superoxide dismutase and lowering the levels of thiobarbituric acid-reactive substances” (byproducts of lipid peroxidation, indicating free radical damage).  (Study)

Though “Yakult” is a Japanese product, and not commonly available in North America, it’s two primary probiotic strains (L. rhamnosus, and L. casei) are widely available in supplement form.

Type B trichothecene mycotoxin deoxynivalenol (DON), is one of the most frequently occurring food contaminants, found mostly in grains, such as barley, corn, oats, rye, wheat, and sometimes in rice. By triggering inflammatory cytokines, trichothecene can impair intestinal health, and, in farm studies, S. boulardii has been shown to improve the gut health of piglets damaged by this mycotoxin.

In a study on the subject, it was concluded that “the results show that S. cerevisiae boulardii reduces the DON-induced alteration of intestinal transcriptome, and point to new mechanisms for the healing of tissue injury by yeast.”    (Study)

This strain of probiotic is often given to infants, and recent studies have found it to encourage socialization in rat models, indicating that it may be suitable for children on the autism spectrum.

Zearalenone (ZEN), an estrogenic mycotoxin, is fairly common and harmful to animal and human health. It is most often found in corn, but can be found also in other crops such as wheat, barley, sorghum, and rye.

Since L. reuteri is a probiotic bacteria with active immune stimulating, and high inhibitory activity against pathogenic microorganisms, it was chosen to see how it would fare against zearalenone.

The study concluded that L. reuteri could efficiently detoxify ZEN-contaminated corn flour in the in vitro digestion model system, making L. reuteri “an ideal host for detoxifying residual ZEN in vivo, which shows a great potential for application in feed industry.” While this study was done as a means of improving the quality of animal feed, given that L. reuteri is suitable for human use, we can extrapolate that it would be protective for us, as well as animals.    (Reference)

Sulforaphane (SF) is a compound found in cruciferous vegetables (broccoli, kale, cauliflower, etc). The highest food source is broccoli sprouts, though it is also available in a supplement form.

Aflatoxin B1 (AFB1) is a DNA-binding toxin that contributes to rates of liver cancer in tropical areas. Sulforaphane was tested against AFB1-induced liver cancer in two rat strains that differ in susceptibility to AFB1 hepatocarcinogenesis.

SF protected the animals from liver cancer by inducing production of phase II detoxification enzymes, including glutathione S-transferases (GSTs). “These results support the view that SF induction of liver GST activity may play a role in its chemoprotective activity.”    (Reference)

Although mostly used to treat symptoms of colds and flu, echinacea is also traditionally used to treat fungal and bacterial infections. So, a study was done to “test the hypothesis that alkamides from Echinacea exert antifungal activity by disrupting the fungal cell wall/membrane complex.”

And indeed, “This study provides compelling evidence that the fungal cell wall is a target of Echinacea extracts and may thus explain the utility of this phytomedicine in treating mycoses.” (Mycosis is a fungal infection of animals, including humans.)   (Study)

This unusual study looked at using spirulina (freshwater blue green algae), and/or whey protein, in order to combat aflatoxin damage in rats. My readers know I always endorse whey as the superior protein supplement, since it is the only protein which can elevate glutathione levels. And indeed, that glutathione elevation is the primary reason that whey was effective at treating rats contaminated with mycotoxins.

However, both whey and spirulina have strong antioxidant activity, and scavenge free radicals. So a study was designed to “evaluate the antioxidant potentials of spirulina (SPN) and whey protein concentrate (WPC) to regulate the alteration of genes’ expression and counteract oxidative stress in rats during aflatoxicosis (the poisoning that results from ingesting aflatoxins).”

“The results demonstrated that supplementation of SPN and/or WPC reduced the oxidative stress induced by AFs as indicated by decreased lipid peroxidation level, increased glutathione content and up-regulated PHGPx gene expression. Moreover, WPC was found to be more effective than SPN and the combined treatment was more effective than the single treatment.”   (Study)

Other Proven Antifungal and Anti-mycotoxin Agents

Each of the items on the following list has a scientifically-proven ability to destroy mold and/or mycotoxins, and each item is also a link to the study confirming its value as such an agent.

In part three of this series I will look at other approaches to fighting these invasive compounds, including induced sweating, and controlling air quality.