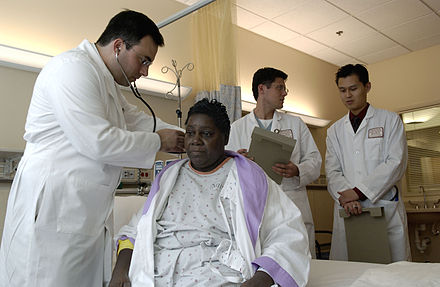 “You have the right not to be killed” – The Clash

As we here in Canada relax into the comfort of a medical system that looks so good in comparison to that of the U.S., especially if you’ve seen Michael Moore’s new documentary “Sicko”, it behooves us to take a closer look in light of some disturbing new information.

I received a e-mail from a colleague last week with an article from Life Extension (www.lef.org) detailing a recent study done by Gary Null, Carolyn Dean M.D. and 3 others (including 2 M.D.s), titled “Death by Medicine”. These professionals analyzed all peer-reviewed literature concerning injuries and deaths that occur within the American medical system.

They were commissioned by the Nutrition Institute of America, a non-profit organization, who were motivated by the assault on natural medicine by pharmaceutical companies. This industry was aggressively lobbying to change laws in order to deprive citizens of dietary supplements, and running disinformation campaigns in the media. What they discovered was shocking to some, but no surprise to many of us.

This number is greater than the deaths caused by heart disease or cancer, meaning we have a new champion, folks. The leading cause of death (not counting car accidents) in the U.S. is the medical system. Meaning the most dangerous thing you can do, outside of driving, is go to a doctor or hospital. And in Canada, it’s pretty much the same medical system, with perhaps less unnecessary procedures, since there is less profit motivation in socialized medicine.

The first thing I then thought was that the medical profession is also what we count on to help us prevent the next two leading causes of death by disease. Considering that drugs for lowering cholesterol also rob the body of COQ10, which helps keep the heart beating regularly, this type of approach only leads to heart disease by a different mechanism. And considering that 20 years ago it was maintained that a man would die of old age before prostate cancer did him in, and as we now commonly screen, diagnose and treat it (with chemo and radiation), it has since become a leading cause of death for men, I get the feeling that the treatment is killing as many or more than the actual cancer.

And don’t get me started on conventional cancer treatment, or the fact that usually within 5 years of a coronary bypass most arteries are once again clogged. So, I feel we can add some of the numbers from the deaths by heart disease and cancer into the medical profession’s lap as well.

Now, back to Canada. If you are reading this I am probably preaching to the converted. You already know that there is value to preventative medicine in the form of dietary controls and nutritional supplements, and you understand the necessity of taking responsibility for your own health. All the more so now that gets more and more difficult to find a family doctor, and we end up seeing a stranger at a walk-in clinic, who has no idea of your history, and takes a quick stab at diagnosis, sending you on your way with a drug or antibiotic.

We see how this American study was commissioned in response to the pharmaceutical attack on the natural medicine industry, as the big players see this formerly insignificant hippie fringe movement grow to the point where even Wal-Mart is selling vitamins and organic food. In Canada it looks pretty good right now, but it is worth remembering the old adage: the government giveth and the government taketh away.

Ten years ago we were forbidden to sell many supplements commonly available across the border. Most single amino acids were illegal to sell (including arginine, tyrosine and lysine) as was melatonin, 5HTP, Gotu Kola, and many others. Then, after many commissions, public consultations, industry pressure, and perhaps, forces that I am unaware of, they decided to create a new regulatory body. No longer would Health Canada be in charge of dietary supplements. Now there was a new sheriff in town, the Natural Health Products Directorate (NHP). Suddenly all the forbidden substances were available again, and there was much rejoicing in the village. So, for the last 5 years or so Canadians have had access to almost everything the Americans were allowed to purchase, with the exceptions of DHEA (which is illegal to possess in Canada, it having been classified as a steroid), and yohimbe.

Unfortunately, it turned out that the sheriff was a mere deputy, one that was overworked and understaffed. Much like the infamous gun registry this new department did not have the resources to keep up with what was demanded of it. Was it all a set-up, designed to fail and lead to the inevitable next step? (Why, when the gov’t of B.C. posts a 7 billion dollar surplus, do we have unreasonable waits in emergency rooms and only walk-in clinics to service most of our citizens? Do we want the people to demand privatized medicine rather than fixing what is wrong with our current system?) I don’t know, but I clearly have a mind that bends in that direction.

Here is how it goes from the perspective of NutriStart, a typical small Canadian vitamin company. We have our products produced at a number of different manufacturing sites. We receive and warehouse these products, shipping them to our retailers throughout Canada. In the last 2 years all the manufacturers have been required to obtain site licenses that ensure their quality control is impeccable. They must show hygiene and sanitation practices, have quarantine rooms for raw materials, maintain tests results on raw materials and finished products, and generally show they are capable of providing clean, safe products to the consumers. This is a good thing and a positive accomplishment from the NHP.

But what about ensuring that what is on the label is in the bottle, and more, what is in the bottle is safe and effective for the consumer? This is a more daunting task, and one that appears to us to have had the bar set too high. In applying for our NHP number (essentially a license to sell, which used to be called a DIN number and only applied to drugs and vitamins, but not herbs and food form supplements which now also require a license) for one product, we had to provide a stack of documents 3 to 4 inches high. This in turn, because of the complexity of it, required the services of an outside agency costing between $1200 and $2000, depending on the product.

Because of the amount of documentation required, and the lack of staffing at NHP, they may soon require a filing fee to cover the cost of plowing through all this material. This could cost us between $900 and $1200 per application/product. Following this, possibly, will come an annual licensing fee, yet to be determined, but somewhere between $1000 and $3000 per product.

So a producer of a natural supplement could be looking at $3000 per product minimal, to launch it, plus the ongoing licensing fee. This will (a) drive out all little companies, often where innovative ideas and products originate, and (b) dramatically increase the price of such products to the consumers. Not to mention a further cheapening of ingredient quality and quantity to allow the product to be affordable to the consumer and still produce a profit for the manufacturer.

(Update: 2019: While the annual licensing fee, and additional filing fees have not been implemented yet, it still takes us a minimum of 6 months to get an NHP number, in order to be able to legally sell a supplement in Canada. One does not capitalize on market trends with a 6 month gap between a product idea and the ability to sell it. All of which impedes healthy business growth.)

We in the industry see all this as a ploy to restrict access to quality alternatives to conventional medical approaches, and to keep this alternative field open only to large corporations that will be able to afford the high overhead required to sell in this field. I urge you to keep up to date on the politics of this issue, if your freedom of choice in this area matters to you. Public opinion fortunately still sways politicians, and to quote Thomas Jefferson: “the price of freedom is eternal vigilance.”

Now don’t get me wrong: if I’ve severed a limb I’m keen to have a surgeon around, and I don’t really think a comfrey salve is going to remedy the situation. For structural issues of the body, modern medicine is nothing short of miraculous, and quite helpful for diagnostic techniques as well. But the body is more than a clockwork and it is time for them to acknowledge the cutting edge of their own science which posits a direct link between the emotions and the immune system (“you will never walk again”; “you have six months to live”) and quantum physics which states that the observer influences the experiment (the attitude of the doctor influences the outcome for the patient.)

We need an integrated system of holistic and technical medicine, such as that proffered by Doctors Andrew Weil, Dean Ornish, and others of their ilk. If this cannot occur, the rising medical cost of dealing with the aging boomer generation will destroy the economies of North America, leaving us all indebted to medical mortgages.