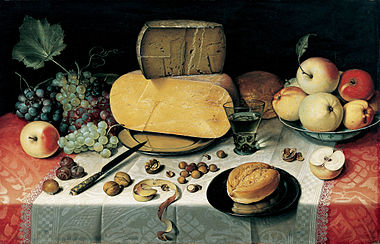 IT’S NOT WHAT YOU EAT, IT’S WHEN YOU EAT

THE PROBLEM WITH EATING LATE

A new study put out by the Salk Institute in California, and published in the journal Cell Metabolism, gives credence to this Italian saying, indicating yet again that our ancestors were a lot smarter than we usually give them credit for. This study, while done on mice, indicates that it is not how many calories you eat in a day, but when in the day you eat them. (Study)

The mouse study compared two experimental groups: one group could eat whenever they wanted to, and the other group only had access to food for 8 hours at night, the time that they were most active (being nocturnal creatures). The second group, in essence, was left to fast for the other 16 hours of the day. Both groups were given a high calorie diet, high in fat.

This second group, with the restricted hours of eating, stayed as lean as the control group, which had regular mouse chow, not the high calorie, fattening diet that the two experimental groups were put on. The group that could eat any time they chose, around the clock, became obese. These rats ate the same amount of calories and fat in a day as the time-restricted group.

OBESITY IS NOT THE ONLY PROBLEM

The mice that became obese also developed high blood sugar, high cholesterol, fatty deposits on their livers and metabolic problems. Whereas the other group, restricted as to when they could eat, showed none of these problems, and when put on the exercise wheel, showed better endurance and motor control than either the obese group or the control group.

The implication of this study is that the body needs to take a break from consistently digesting and processing incoming food, or it suffers from metabolic exhaustion. Never giving rest to the brain, stomach and digestive processes, when added to a high fat and high calorie die, will lead to a fatty liver, weight gain, cholesterol build up in the arteries and high blood glucose levels leading to diabetes.

ARE WE NOT MICE?

Some researchers, critical of this study, feel that we can’t extrapolate mice studies, especially given their different internal clock, directly to humans. Because the mice were nocturnal creatures they have a different circadian rhythm than humans do, which is why this study needs to be replicated with humans, before it will be fully endorsed by the scientific community.

They also point out that the restricted eating times were pre-set for the mice, and they did not have to exercise will power, so it may be no easier for humans to use, than any other diet requiring self control. Critics also think that it is dangerous to allow the idea that humans could eat a high calorie, high fat diet during eight hours, and by not eating for the next 16 hours, not have any negative consequences from such a diet. Clearly we need human research in this area to confirm that this diet paradigm will work as well for humans as for mice, but some experts feel that this approach can do no harm, and so it is worth trying by anyone looking for a new approach to safe weight loss.

WHAT HAVE YOU GOT TO LOSE?

Author of the study, Satchidananda Panda said: “We have to come up with something that is a simple alternative to calorie counting.”… “All you need is a clock.” He also pointed out that the majority of snacks taken in the evening tend to be high in calories, fat, salt and sugar, and are best avoided anyways.  Hand in hand with this view is the obvious fact that when you eat lots of calories in the morning and afternoon, they are going to be used up during the activities of the day. Whereas, at night, if we are mostly sedentary, we have no way to fully utilize those calories.

While researchers into obesity have found the problem to be a complex mix of genetic and environmental factors, Panda thinks it is time to take a look at what effect timing has on the body’s reaction to food intake. In the past, during a time when more people worked in agriculture, people ate big meals, worked hard and were generally thinner. Back then, Panda said, “Most people ate mostly in daytime. Now, our social life starts at sunset. ..So essentially, we have increased our eating time in the last 40 to 50 years.”

One nutrition expert from University of North Carolina, B. Popkin, while criticizing the conclusions of this study, pointed out that other studies supported the idea that better insulin control and longevity was obtained by eating frequent, small meals throughout the day. This is a good point at which to introduce the current beliefs in the natural health field. For, indeed, in the sports and fitness field we have for some time now promoted this idea that eating 5 times a day will keep you lean and fit. Eating frequently is believed to keep the metabolism running high so that it burns fat, and the frequent protein that accompanies this program keeps the insulin stable, preventing the storage of carbs as fat in the body.

Yet, does fit equal healthy? When you run an engine hot it will burn out sooner. From the perspective of longevity research the most demonstrated way to seriously expand lifespan is called Calorie Restriction Optimal Nutrition (CRON). These mouse and rat studies showed that you could come close to doubling life span with the CRON approach, but only if you started when the mammals were young. Nonetheless, they still obtained reasonably expanded life spans for adults by applying the techniques of systematic under-eating and periodic fasting.

“WE ARE DIGGING OUR GRAVES WITH OUR TEETH.” Thomas Moffett

The Macrobiotics (Japanese dietary philosophy based on Zen Buddhism) believe that when you eat late at night you do not rest fully nor restore, because your heart had to work all night, pumping blood to the stomach to facilitate digestion. They are also of the mind that “it is healthier to under-eat a bad diet than over-eat a good diet.”

The scientific support for this thesis is based on enzymes. Enzymes first digest food for us, but they also scavenge through the bloodstream looking for invasive debris including bacteria, waste materials, viruses, and other metabolic byproducts that might do us harm. Every time we eat cooked or processed food (raw food has its own enzymes) all the enzymes leave off cleaning the blood and rush to the stomach to get to work digesting. If we are eating consistently all day until bed-time we are using up all our enzymes for only one of their functions. And, as we age, our pancreas weakens and becomes less efficient at producing enzymes.

Modern research has indicated that taking carbohydrates closer than 2 hours before bed will cause a drop in growth hormone (a hormone that keeps a biological process at a youthful level) production, due to the insulin spike caused by the carb intake.  In fact one of the best natural ways to elevate growth hormone is to fast for one day of the week.  So, eating 5 times a day may keep you lean and fit, but from a longevity perspective it may not be the most efficient way to eat, unless you complement it with one day of fasting each week.

For another perspective I will point out that if you’ve ever seen a picture of one of the serious followers of the CRON diet, it is not a pretty picture. The calorie restriction required to double the lifespan of the rats in the studies was to cut their normal food intake in half. CRON followers look like emaciated concentration camp victims. They are probably in much better health than that because, inevitably, they have to take supplements in order to fulfill the Optimum Nutrition part of the diet, so they are generally in technically good health. But it doesn’t look like they have much pleasure in life. And to quote another old saying “we’re here for a good time, not a long time.”