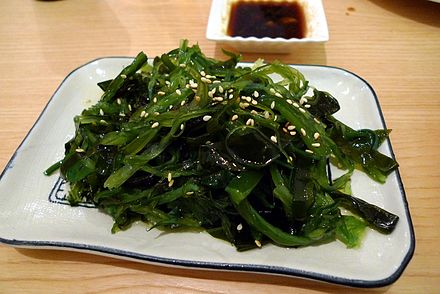 This morning I ingested 12mg of iodine although the Recommended Daily Allowance in North America is about 150mcg (1000micrograms in one milligram). So I took about 80 times the recommended amount. Am I insane? Possibly, nonetheless, there is a certain amount of method to my madness.

It all began with an article in the local paper a couple of years ago about a local doctor who was using unusually high amounts of iodine with his patients. Dr. David Derry went on to self-publish a book on “Breast Cancer and Iodine” (Trafford Press), based on the thesis that the Japanese intake of iodine is at least twenty times that of those in the West, and as a result their rates of breast cancer are far less.

(UPDATE: It was believed when I wrote this article, by Dr. Derry and others, that the Japanese averaged from 12 to 18 mg of iodine daily. This has since been proven not to be true. The original researchers weighed the amount of seaweed eaten by the Japanese, then figured out the amount of iodine that the seaweed contained, based on a dry weight, instead of the wet weight of cooked seaweed that they had originally measured. In fact the Japanese average between 1 and 3 mg of iodine daily: still far above what is consumed in the Western nations.)

This is due to the amount of seaweed they consume, which has much more iodine than fish, our main source of iodine. My interest was especially peaked because my research has lead me to the conclusion that many of the causes of breast cancer in women are the same as the causes of prostate cancer in men (especially “bad” estrogens, like those estrogen-mimicking chemicals found in plastics and pesticides.)

Dr. Derry evidently used a thyroid test subtler in nature than is common in the medical profession. I continually get people who feel they may have an under-active thyroid, but have tested okay by the conventional medical thyroid test. Unfortunately, the conventional thyroid test appears to reveal only serious problems, leading inevitably to the prescription for synthetic iodine, for life.

The test for detecting subtle thyroid malfunction involves placing a thermometer under your arm first thing in the morning, without getting up or moving about much. Remain quiet and still for 15 minutes. 97.6 degrees Fahrenheit or lower, consistently for 5 days indicates an under-active thyroid.

Dr. Derry recommended a substance called “Lugol’s Solution” an inexpensive liquid iodine product that does not require a prescription to obtain (some pharmacies will maintain that you do need a prescription, but this is clearly not so) and which offers 3 mg of iodine per drop. One drop every 2 days puts one into the territory of the Japanese (revised territory, which equals 3 mg of iodine per day).

Dr. Derry had many satisfied customers, their energy levels returned to normal, their weight balanced out and a disappearance of breast problems such as cysts and fibrocystic breast disease. None of these people were able to testify at his inquiry when he lost is license to be a general practitioner. This is all hearsay from my perspective, never having met the man, and to be fair, evidently he did have a couple adverse reactions that initiated the inquiry, and, I’ve been told he still practices as a surgeon.

But, I am enough of a conspiracy buff to believe that an inexpensive solution to thyroid problems is simply not the kind of business generator that a prescription solution is, especially one that keeps you hooked for life. (More information about his circumstances can be found at the Trafford website if you look up his book.)

I loaned my copy of Dr. Derry’s book to a client of my who really does her homework, and she (thanks Vyvian) in turn directed me to a more comprehensive article about the benefits of iodine called “Iodine for Health” by Donald W. Miller (www.lewrockwell.com).

Iodine intake in the West used to be higher when iodine was used as a dough conditioner, and each slice of bread would offer almost the R.D.A., but when that was replaced with bromide not only did we lose that source, but bromide also competes with iodine in the body, as does fluoride. Iodized table salt is confounded by the high chloride levels, which also inhibit the uptake of iodine. Some also believe that the synthetic iodine used to fortify salt is a poor substitute for naturally occurring iodine, which will contain its own co-factors for absorption (including tin, zinc, magnesium and copper).

The benefits of iodine range far beyond simply supporting thyroid function. When the body has more iodine than the thyroid requires, that is once the thyroid is saturated with iodine, it then begins to serve some very valuable secondary functions. Iodine can remove toxic chemicals including fluoride, bromide, lead, aluminum and mercury. It will destroy cells contaminated with cancer and virus, can suppress an overactive immune system, in cases of auto-immune diseases, strengthens the immune system and protects the stomach from abnormal bacteria growth. A study of 4000 people who consumed between 12.5 mg and 50 mg daily also found benefits for those with diabetes, fibromyalgia and migraines.

Externally iodine is commonly used as an antiseptic, for disinfecting drinking water, and is used medically to prevent surgical wound infections (topically tincture of iodine kills 90% of bacteria in 90 seconds). Knowing of these benefits I now use a drop or two in a couple of ounces of aloe vera juice as a skin spray, which has been very effective in treating a skin condition (that may or may not be roseacea). The medical literature indicates that toxicity occurs most often from topical application, usually in a hospital setting.

When used internally, the dangerous aspects of iodine are modified in the stomach to be of little concern. Oral toxicity occurs somewhere around 2000mg per day. In fact there is one case in the medical casebooks where a fellow mistook his Aunt’s liquid iodine preparation in the fridge (which she used for her rheumatism) for iced tea. He ingested 15,000mg of iodine over a short period, and while he had symptomatic swelling of the face, neck and mouth, as well as transient cardiac arrhythmias, he recovered uneventfully with no residual problems.

There was a time when a medical professional didn’t know what was wrong they simply gave you more iodine. Hospitals effectively cleaned with diluted iodine, something that could now help combat “super-bugs”, and it was widely used for a multitude of purposes. It is time to rediscover this inexpensive miracle worker.