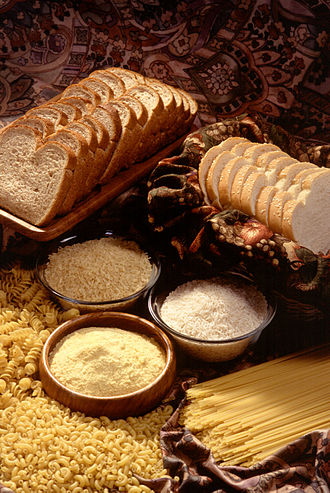 How Important Are Carbohydrates?

Attention: As we now do weekly newsletters, we will no longer be doing blogs, per se, and this will be the last one until further notice. Those blog readers unaware of the newsletters can find them on the NutriStart website where they can also register to have them delivered to their email.

Ever since the days of Dr. Atkins, carbohydrates have gotten a bad rap. Now, with the advent of Paleo and Keto diets, carbs are under fire more than ever. However, as we saw in a previous newsletter, the MIND diet shows brain-protective benefits from those who include around three servings of whole grains in their daily diet. And, as I have often discussed, one’s dietary relationship to carbohydrates should be based in part on the Blood Type Diet, not upon adherence to the latest dietary trend.

That being said, this new study from Australia, analyzing data from the Australian Longitudinal Study on Women’s Health, is one in support of the carb-eaters, and one that should have (women at least) reconsidering a diet that throws all carbs out the window.

The Study
As with men, cardiovascular disease (CVD) is the leading cause of death among women, and poor diet is recognized by the medical profession as a risk factor for CVD (not to mention, diabetes, hypertension, and obesity). Since there is conflicting data concerning the effects of macronutrient intake (carbs, fat, and protein) on CVD, these authors wanted to examine some long term data on diet, and its relationship to the occurence of heart disease in women.

As part of the Longitudinal Study on Women, 9900 women (aged 50 – 55 years) were followed for 15 years, monitoring particularly their carbohydrate and saturated fat intake. Having this database to examine, our researchers set out to determine which dietary components were most related to CVD (heart disease/stroke). Secondarily, they also looked for dietary links to all-cause mortality, incident hypertension, obesity and/or diabetes mellitus.

Carbohydrates
Guess what? The research revealed that, among this large group of females, increasing the percentage of carbohydrates in the diet was “significantly associated with reduced odds of CVD, hypertension, diabetes mellitus, and obesity”.

And the percentage of the diet devoted to carbs which provided the most protection was fairly specific: between 41 and 44% of total energy intake. In fact, there was a significant difference in protection between the women who attained this 40+ percentage of carb intake, versus those who consumed less than 37% of their diet as carbohydrates.
As well, there was no significant relationship between carbohydrate intake and all-cause mortality (dying prematurely).

One interesting thing that came to mind upon reading this was the Zone Diet, popularized by Dr. Barry Sears in the 1990s. The principle of the Zone Diet is that one’s calorie intake should be based on 40% carbs, 30% fat, and 30% protein. Following such a formula, according to Dr. Sears, would dramatically lower the risk of cancer, diabetes, and heart disease. Could be that he was right.

Do you remember when (in 2016) an article published in JAMA Internal Medicine, revealed that in the 1960s the sugar industry funded research that “downplayed the risks of sugar and highlighted the hazards of fat”?

The “Sugar Research Foundation, set out to “refute” rising concerns about the possible role of sugar in heart disease. The organization then sponsored research at Harvard University (with no disclosure of sugar industry funding), which confirmed their position, essentially paying these scientists to lie about a primary cause of CVD. (Source)

Since that time, doctors have been advocating low cholesterol diets, and putting people on cholesterol-lowering drugs, and, surprise, heart disease is still the number one killer. If scientists (from such a prestigious university as Harvard) were for sale that long ago, imagine how many lies we have been sold by them since then.

Our study does not mention this fraudulent science, but does state that these results “contradict much of the historical epidemiological research that supported a link between saturated fat and CVD”.

And, they go on to say that these results are in line with other clinical studies which have also confirmed that there is no significant relationship between saturated fat intake and CVD, or early mortality.

Now, according to the latest (real) science, the actual fat-villain, implicated in most diseases, is polyunsaturated vegetable oils, almost all of which are high in omega-6 fatty acids. (The exceptions would be avocado and olive oils, which are unsaturated, and contain omega-9 fatty acids, and possibly flaxseed oil, which contains mostly omega-3 fatty acids). But that is a subject for a different newsletter.

Why Carbs?
As our intrepid scientists struggled to understand why carbohydrates are of value in preventing CVD, the best they could do is suggest that “historical studies neglected to adjust for fiber, which is known to help prevent plaque from forming in the arteries”.

Or, it’s a female thing. According to one of the authors, “a low-fat diet has historically been the mainstay of primary prevention guidelines, but the major issue within our dietary guidelines is that many dietary trials have predominately involved male participants or lacked sex-specific analyses. Further research is needed to tailor our dietary guidelines according to sex”.
(Study: Association of carbohydrate and saturated fat intake with cardiovascular disease and mortality in Australian women)

The Truth About Carbs

As anyone with a smattering of understanding about the nature of food knows, all carbs are not created equal. This takes me back to the old weight loss argument that one just needs to ingest less calories than one burns, to remain lean. This precept was that all calories are equal. A fallacy easily illustrated by looking again at sugar. Sugar steals nutrients; brown rice, for example, provides nutrients. To assume that a calorie of sugar is the same to the body as a calorie derived from brown rice is ridiculous, to say the least.

So it is with carbohydrates: carb intake from white flour pasta or bread is not of the same value as carbs derived from unprocessed grains.

Thus, it is too bad that our study gave us no insight into exactly what type of carbs these women were eating. Again, as mentioned at the beginning, the MIND diet made it clear that carbohydrates from whole grains were extremely protective against mental deterioration. Something the Macrobiotics would agree with, as their dietary principles are based around brown rice being the staple of the diet.

Whole grain bread may be better than white flour bread, since it still provides fiber, but all flours have degenerated nutrients (especially the fat soluble nutrients, like vitamin E, and the B-vitamins which degrade relatively fast once milled), compared to the whole grain versions.

And, as we determined earlier, sugar is a cause of heart disease, diabetes and obesity. So anything that causes an insulin spike like sugar is going to be as dangerous, when it is a dominant part of one’s diet. This is the reason we typically put butter on potatoes, and peanut butter on bread or rice cakes. Adding fat and/or protein to high glycemic foods reduces their potential to spike insulin.

One argument as to why the Japanese are generally slim, while eating a diet based around white rice and noodles, is that they drink copious amounts of green tea, which regulates insulin levels.

Conclusion
Our conclusion, put simply, is don’t throw the baby out with the bathwater. Grains, and other carbohydrate sources have been a staple of life in most cultures, and indeed allowed us the food security to develop our civilization as it stands. (How it stands is open to debate.) As always, I suggest using the Blood Type Diet to determine how big a part carbohydrates should play in one’s dietary program. (Types A and AB do better with a higher carb intake; types B and O do better with a lower carb intake.)

However, I don’t buy the idea proffered by this study that it may have something to do with gender. Humans in any given culture almost always eat the same foods, regardless of their sex, so it would make sense for any man concerned about heart disease risk to consider following the 40-30-30 guide. And we should all ensure that the carbs we choose are of the highest quality (organic), and minimally processed.

Finally, one other thing that gets overlooked when people embrace a low or zero-carb diet is the impact this can have on the nervous system. Carbohydrates are used to produce serotonin: “carbohydrate consumption–acting via insulin secretion and the “plasma tryptophan ratio”–increases serotonin release; protein intake lacks this effect”.
(Source)

This means those who are on extremely low carb diets should watch their moods for signs of anxiety, irritation, depression, or outright anger. And if such symptoms occur in those resistant to eating even some carbs, they should consider using a natural serotonin booster (e.g. L-tryptophan, 5-HTP, L-theanine, vitamin B3, etc).