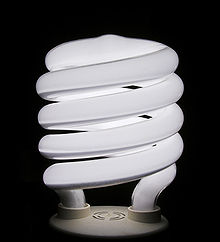 Green Fascism (A rose by any other name…)

Just so we are clear, I love the planet and believe we are fast destroying it. I believe that debating global warming is a brilliant piece of sleight-of-hand by business. We used to just call it pollution and it was clearly bad; now they’ve got us debating global warming while we continue to rape the land and foul the oceans worse than ever. But, when the government decides to tell you what you can and can’t do, based on what is best for you, we have entered into what the British call the “nanny state.” Those in favor of this approach to governing will cite tobacco regulations as an example of this being a reasonable approach (though smokers might disagree.)

Who Do You Trust?

If we were able to actually trust the government, this might be a valid argument. But the fact is that, like science, government has been co-opted by business (and the military is nothing but the usual business of resource extraction; as usual now as it was during the Roman Empire). If you disagree with this belief you may as well stop reading now; if you have a healthy disdain for those in power, please continue.

There was a time when the medical profession encouraged smoking as a safe and healthy pastime. The government of America at this time, ensured that soldiers at war were provided with tobacco, both for the benefits it offered (dealing with insane levels of stress) and for the handy reminder in the pocket of what they were fighting for (home and freedom). Now we have medical and government officials telling us that EMF’s from cell phone towers, wireless networks, etc, are safe enough to expose our children to them.

The level of concern from those supposedly protecting our health is so low that I see cell phone towers put on top of apartment buildings designed for seniors and the disabled, just to pick up a few extra bucks. And with no concern to how this might affect those weakened individuals who would be most susceptible to problems caused by EMF (electro-magnetic field) exposure. Schools refuse to allow parents to prevent them from putting wireless networks into the schools, again not at all concerned about exposing undeveloped brains to constant electro-magnetic fields.

Government serves business. Currently the Prime Minister of Canada is in Columbia and the Honduras opening up trade with countries that only recently had death squads. He claims that human right issues are not an issue. And they most certainly are not, for business. And they are not an issue when citizens wish to slow technological development, wary of unexplored dangers, because they are interfering with business as usual (full speed ahead and damn the consequences).

Now the business/government model has a new paradigm to use in its manipulation of us (the “market”). They have the “green” movement, which was easily co-opted since it is a meme that engenders extreme emotions. Since most of us want to save the planet, obviously anything green must be good, and if it is good, and we are too stupid to do what’s “right”, right away, sometime the gov’t just has to step in and make us do what they know is best. They know it is best because a lobbyist told them so, and provided them with the “evidence” they need, for the press releases.

Case in point: “green” light bulbs, and “smart-meters” for recording electrical usage. The “green” bulbs save energy; that is their claim to fame and their one advantage. Yet, for those of us in the temperate to cold zones, the energy saved from the light bulb will have to be replaced with an identical thermal unit of energy acquired from conventional heating sources. So the green light bulb is really only of value, from an energy perspective, in warm and hot areas, and in the summer for the rest of us. The problem with these bulbs according critics is threefold.

They put out high levels of ultraviolet radiation, enough to damage the skin, if you sit too close to them; that is unless they are “shielded”, which appears as a cover over the familiar spiral shape. These bulbs also emit huge amounts of EMF’s, which tend to have the strongest negative effect on people already ill, those with compromised immune systems and those with electro-magnetic sensitivities.

The effects of high EMF’s are also very damaging to those with neurological diseases such as ALS, Parkinson’s disease, multiple sclerosis, severe autism and those with mercury toxicity. These people are the canaries in the coal mine. They are our early warning system and they are treated like hypochondriacs.

To add insult to injury, if these green bulbs break, they release toxic amount of mercury, and one needs to follow hazardous material clean-up protocols. Mercury is not very green is it? Yet someone decided for you that saving energy out-weights dumping more mercury into the environment (because ultimately they are headed for the landfill). They decided this and then they mandated it so that incandescent bulbs have been outlawed at the higher wattage levels and eventually all are to be outlawed (varying somewhat based on where you live.) Here is an example of General Electric lobbyists starting this ball rolling in the U.S. and Canada following suite like a good lapdog (a position we seem to be currently happy with).

The so-called “smart-meters” are a great cost saver for the electric company, in part because they can lay off many workers who used to do this job of collecting data from each home. But, many people are worried about yet another electro-magnetic field running through their homes 24/7, and I’ve seen video footage of one in California where all the plant material around it had died.

Do you have a choice in this matter? No: they will be installed in every home unless you want to pay thousands of dollars to have yours relocated. As usual, those who support the party line simply mock those who are concerned, and imply that they are paranoid and non-scientific.

But, since science is now a tool of industry, it will prove for you whatever outcome you require to further your business interests. These people are like the doctors who said that smoking was safe up until the mid 70’s; and the industry is like the tobacco companies who will suppress data until no longer possible and then they will pay out the class actions lawsuits filed against them; a far lower sum of money than the profits they made over time as this game played out.

And the point is: where does personal choice come in, and to what point are you comfortable with the government telling you what is good for you and that you have no options? After all, their track record is not that good if we look at history; our gov’t is still paying reparations and making apologies to races that we abused in the past. In fact if we are to look to history we can see that in hindsight governments are not ever very trustworthy, as the best interests they have at heart are not those of its commoners.

Now the green movement has been co-opted by industry it is used as a mandate to push forward profit making agendas without anyone actually looking at the full picture, or the possible downsides to these new technologies. I suggest we continue to question authority and demand from our politicians the right to personal choice.