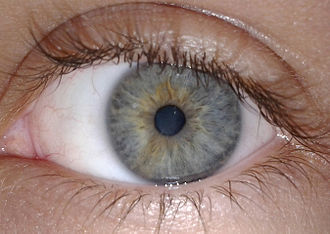 Those with dry eye problems, instead of constantly relying on artificial tears, should work towards fixing the underlying cause of this condition, which the following material will address.

Dry eye syndrome is one of the most common symptoms of hormonal changes associated with perimenopause and menopause. This condition reflects the general decline in the mucosal lining of the body that occurs later in life (thus vaginal dryness is also a common related symptom). In fact, the majority of those who suffer dry eye are midlife women, and older, though of course it can afflict either gender, especially if one is deficient in the nutrients we will be discussing.

Aside from dry eye being caused by a decline in our mucosal membranes, environmental factors can also play a role. Such factors include exposure to pollutants (especially ozone, found in smog) and excessive ultraviolet (UV) radiation. These factors cause increased oxidative stress in the eyes and inflammation on the ocular surface, and are directly linked to dry eye disease.  Study

Of course the more antioxidants we ingest (both from foods and supplements) the less the toxic byproducts of pollution and UV radiation can damage us, and our eyes. Later in this article I will examine those antioxidants that help protect the eyes.

For those who need temporary relief from the symptoms of dry eye, while they work to fix the underlying problem, there are natural eye drops that contain no harsh chemicals. One of the best is Similasan Dry Eye Relief, which is a homeopathic formula that has stood the test of time, and is available at most health food stores and vitamin shops. Similasan

(Speaking of eye drops, another cause of dry eye is the chronic use of eye drops used for the treatment of glaucoma.)

There are certain nutrients that are required to keep the eyes moist and healthy, but chief among these are vitamins A and D.

As my regular readers know, I am a huge proponent of vitamin A, due to its widespread deficiency and the fact that it is essential for the maintenance and repair of mucosal membranes. This benefit also applies to the eyes and very often dry eye is simply due to vitamin A deficiency. Given that the main source of vitamin A in the diet is from animal liver, and most Westerners no longer consume liver, this widespread deficiency is not surprising.

And, since liver is our primary source of vitamin A, vegan and vegetarian diets put people (especially children and pregnant women) at increased risk of vitamin A deficiency. Even more so because the conversion of beta carotene (pro-vitamin A) found in fruits and vegetables, into retinol (fully formed vitamin A) is limited, depending on certain factors including digestive health, the presence of co-factors, and certain ailments that impede this conversion.

For a fascinating, detailed look at vitamin A, its history, and its role in eye health follow this link: Link

A few years ago, a scientific study found that vitamin D may be a good preventive measure to prevent dry eye syndrome, and that it can also reduce the symptoms of this disease. In particular, vitamin D reduces the inflammation of the surface of the eye, blurred vision and sensitivity to light. This study concluded that there was an inverse relationship between vitamin D levels in the body and the incidence of dry eye syndrome.  Study

A number of population studies have suggested that a diet low in omega-3 fatty acids are risks factor for dry eye disease. And, experts at the U.S. National Eye Institute believe that omega-3 fatty acids decrease symptoms of irritation in people with dry eye syndrome.   Study

Although it does not appear a deficiency in vitamin E will result in dry eye, vitamin E is often used in medical products designed to treat the symptoms of dry eye, as it stimulates new cell growth to fix superficial defects of the cornea.

While I could not find much in the way of direct studies on vitamin E and dry eye syndrome, it is a powerful antioxidant that will protect the eyes, and at least one study found that Omega 3 fatty acids were more effective at treating this condition when combined with antioxidants.   Study

This superior supplement, derived from bees, has been shown to effectively alleviate symptoms of dry eye in both humans and rats. Unfortunately, it could be expensive since the human subjects were given 1200 mg of Royal Jelly, six times per day.   Study

As mentioned at the beginning of this article, oxidative stress (i.e. free radical damage) can be a causative affect on dry eye syndrome. So it is essential that we keep our intake of antioxidants high, the most important ones being the “ACES”: vitamins A, C, E, and selenium.

After ensuring that we have the basic nutritive antioxidant bases covered, we can look at supportive ones. Two of the most powerful ancillary antioxidant compounds are Turmeric extracts and Resveratrol, which, coincidentally, we at NutriStart happen to sell.   Liposomal Curcumin/Resveratrol

And there are clinical studies that show both these antioxidant compounds to also be specific to eye health. Below I will look at a couple of examples (more can be found at by using the search engine at www.pubmed .com).

“In this review we focus our attention on the current scientific literature regarding to the effects of resveratrol on cataracts and other ocular diseases, along with its potential mechanism/s of action. A large number of preclinical studies support the involvement of resveratrol in clinical trials for the prevention and treatment of eye diseases induced by oxidative stress and inflammation, such as age-related cataract.”    Study

“Oxidative stress and inflammation play a critical role in the initiation and progression of age-related ocular diseases (glaucoma, cataract, diabetic retinopathy and macular degeneration) that lead to progressive loss of vision and blindness. In vitro and in vivo (animal model) experimental studies performed so far have provided evidence for the biological effects of resveratrol on numerous pathways including oxidative stress, inflammation, mitochondrial dysfunction, apoptosis, pro-survival or angiogenesis that are implicated in the pathogenesis of these age-related ocular disorders.”   Study

Further Reading
For those who have yet to read my blog entitled “How 3 Nutrients Can Heal Most Ailments” (Blog), and who are seeking to treat dry eye syndrome, I would suggest they also read through this material since it will contribute to healing this problem (along with many other health conditions).

Interestingly, while I have above referred to clinical studies on using vitamins A and D for dry eye, the third component I recommend in the “How 3 Nutrients…” blog, is iodine, and one study did use ionic iodine topically for treating this condition.   Study