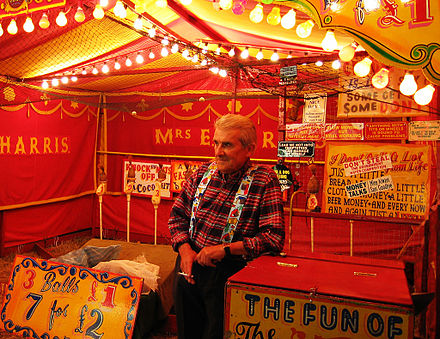 Well, how can you go wrong with a title like that? The only better title would have been “When Good Health Food Stores Go Bad” (with thanks to Fox T.V.). And, to be honest, this will not be an in depth piece of journalism, but rather a simple reminder to people that just because you are in a “health food” store, doesn’t mean everything there is necessarily good for you.

My disillusionment with this industry came about 6 years ago at the Vancouver CHFA trade show. One company had a giant spinning wheel offering discounts and prizes for orders placed at the show, another had a plexiglass box with money blowing around inside for some lucky soul to humiliate themselves in, and a sports company had a bimbo flitting around in hot-pants, flaunting her cleavage while offering to sell pictures of herself for $5 each.

At this point it finally dawned on me that the industry I grew to manhood in was no longer motivated by ethics and a desire to help people, but had become like any other purely capitalist venture, a heartless monster lurching toward profit with no thought to what or who gets trampled underfoot. I still work in that industry, as a nutritional consultant, but now half of my function is to help customers distinguish between valid products and cheap, ineffective ones.

Since this industry is now like most others, and since it is a growth field, everyone wants a piece of the pie. And, as elsewhere, the best way to get the biggest piece is through marketing. At this point in the game, like with most businesses, the majority of money put into a product goes into its advertising budget. I call this the “Rumpelstiltskin Syndrome”: spinning “straw into gold”. Take something that costs virtually nothing and through marketing sell it for many, many times what it costs. Perfect examples are: plastic (toys); potatoes (chips); white flour (bakery goods); sugar (candy).

So, in our industry you can find “slimming patches” that consists of 15 round band-aids with a little seaweed inside, and retail for $30. You will find sex-aid products that cost $2 to produce that sell for $50 (for 10 caps). “Wait-a-minute,” you might cry, “what about our Health Protection Branch, you know, protecting our health?” Well there was a time that they were….well…taking money to license the sale of vitamins and minerals, as long as the paperwork looked good, and letting the rest of the industry (herbs, etc) take care of itself.

This had the advantage of freedom but the disadvantage of having many substances (Single Amino Acids, Melatonin, Kava) arbitrarily banned, especially if they interfered with the domains of the pharmaceutical companies. Remember, the HPB lied to the federal government about the safety of Bovine Growth Hormone, in order to help protect Monsanto’s investments. Only the bravery of their own scientists putting their jobs on the line by going directly to Parliament, prevented the licensing of this hormone in Canada (see the movie “The Corporation” for the full story).

But there is a new sheriff in town. Thanks to those unsatisfied with the HPB approach we now have a separate governing body for non-prescription health products called the NHP (Natural Health Protectorate). The good news is that they have allowed back many products previously banned by the HPB, and they have already implemented a system of site licenses for manufacturing plants to ensure quality controls are in place along with GMP (Good Manufacturing Practices) to test and track raw and finished materials.

The bad news is that, while your $30 seaweed band-aids are now guaranteed to be produced in a sterile environment, and to be free of contaminants, the NHP don’t have the manpower to process the license applications, to determine whether this is a valid product. In that way they are like the failed gun registry, in that they don’t have the resources to fulfill their total mandate, which is to allow claims based on scientific and traditional documented uses, and to confirm the basic efficiency of such claims.

So, when approaching the health food store, like with any other venture, “let the buyer beware.” It is up to you as the consumer to take responsibility for your health by educating yourself, asking the right questions, finding the right people to trust answering those questions, and reading the labels. Certainly you stand a better chance of finding quality supplements and foods in a health food store than a Wal-Mart, but blindly assuming that everything in the health food store is good for you, is as mistaken as believing that everything outside of one is bad for you.

In closing, let’s look at a few examples of dubious “health food” products, at least to fulfill the mandate of my title.