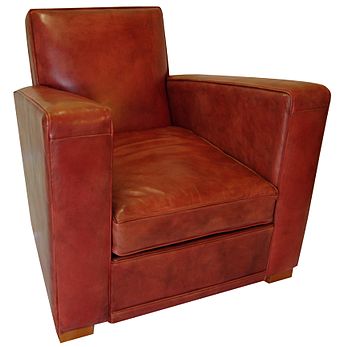 There is an old Chinese saying that goes something to the effect: ”If you can sit, stand, if you can stand, walk, if you can walk, run.” Recent studies are indicating that this might be one of the best approaches to longevity yet.

Certainly, the current epidemic of obesity has been partially attributed to reduced levels of physical activity, and there is no doubt that obesity has its own major health consequences. But over and above the problems rising from obesity are further health issues surrounding inactivity.

A recent series of studies published in the British Medical Journal, The Lancet, showed strong evidence that physical inactivity increases the risk of many health problems, including coronary heart disease, type 2 .diabetes, and breast and colon cancers. And, furthermore, shortens life expectancy.

Examining the effect of inactivity on disease rates around the world, they came to the conclusion that physical inactivity causes an average of 6% of coronary heart disease, 7% of type 2 diabetes, 10% of breast cancer, and 10% of colon cancer. All in all, inactivity was linked to 9% of premature mortality, or more than 5.3 million deaths worldwide, yearly.

This makes inactivity the 4th leading cause of death, worldwide, making it more deadly than smoking or driving, in fact it is linked to more deaths than that from all injuries combined, including traffic accidents.  (The Lancet, Volume 380, Issue 9838, July 2012, “Effect of physical inactivity on major non-communicable diseases worldwide: an analysis of burden of disease and life expectancy.”    (Study)

THE MOST DANGEROUS TYPE OF INACTIVITY

There is, however, one specific non-activity that is the most dangerous killer of all, and that is the act of sitting.

While being encouraged to walk 20 to 30 minutes daily is considered to be helpful against the negative effects of not exercising, it appears that activity, even that more vigorous than walking, does not compensate for large amounts of time spend sitting.

In this study researchers analyzed survey responses from aver 123,000 individuals who had no history of cancer, heart attack, stroke, or lung disease. They examined both the amount of time spent sitting, and total physical activity, in relation to mortality, over about 14 years. What they found was that more time spent sitting was associated with higher risk of mortality, particularly in women. Those women who reported sitting for more than 6 hours per day were 37% more likely to die during the time of the study, than those who sat less than 3 hours per day. For the men who sat for more than 6 hours a day, the increase in mortality was 18% higher than those who sat less than 3 hours per day.

Those who were not physically active to any appreciable degree had an even higher mortality rate than the previous group, which were somewhat physically active. Again, the scenario was worse for women than men. For those who both sat more and were less physically active, the women were 94% more likely to die, and the men were 48% more likely to succumb early, compared to the group who reported sitting the least and being most active. Associations were far stronger for death by cardiovascular disease than for death by cancer.  (Study)

In another, related, study done at Pennington Biomedical Research Center, Baton Rouge, LA, researchers set out to examine the relationship between sedentary behaviors and mortality seeking to find a different paradigm than that simply associated with lack of exercise. They examined sitting time and mortality in over 17,000 Canadians, aged 18-90 years.

Their conclusion was: “These data demonstrate a dose-response association between sitting time and mortality from all causes and Cardio Vascular Disease, independent of leisure time physical activity. In addition to the promotion of moderate-to-vigorous physical activity and a healthy weight, physicians should discourage sitting for extended periods. (Med Sci Sports Exerc. 2009 May;41(5):998-1005, “Sitting time and mortality from all causes, cardiovascular disease, and cancer.” Katzmarzyk PT, et al.) (Study)

EXERCISE WON’T SAVE YOU

Confirming that exercise does not compensate for time spent sitting is an earlier Australian study that investigated the link between prolonged television viewing time and death by all causes, including cardiovascular disease.

This study ran for 6 years, and followed 8,800 people aged 25 and older, who were already participating in the Australian Diabetes, Obesity and Lifestyle Study. What they found was that those who said they watched 4 or more hours of TV daily, were 46%more likely to die of any cause, and 80% more likely to die of heart disease compared to those who  spent less than 2 hours a day watching TV.

The authors were surprised to find that even for people who exercised regularly, and the people in this study reported exercising between 30 and 45 minutes daily, the risk of death went up the longer they spent in front of the television. (“Television Viewing Time and Mortality. The Australian Diabetes, Obesity and Lifestyle Study (AusDiab).” D. W. Dunstan, et al.) (Study)

WHY IS SITTING SO BAD?

The leader of the above study from the American Journal of Epidemiology, Dr. Patel, stated that: “Prolonged time spent sitting, independent of physical activity, has been shown to have important metabolic consequences, and may influence things like triglycerides, high density lipoprotein, cholesterol, fasting plasma glucose, resting blood pressure, and leptin, which are biomarkers of obesity and cardiovascular and other chronic diseases.”

When we sit our metabolism slows down and the body inhibits the production of the enzyme lipoprotein lipase, reducing the ability of the body to break down fats. As a result, less fat is transported to the muscles for burning as fuel, and more of it is left circulating in the blood. Blood flows slower, increasing the risk of arterial damage and of blood clots forming, especially in the legs. According to one of the authors of the Australian study, only one day of inactivity can lead to a 20% drop in the levels of HDL (“good”) cholesterol in the body, allowing levels of LDL (“bad”) cholesterol to rise.

CURSE OF THE COMFY CHAIR

Our primitive forefathers were constantly moving, while hunting and gathering. During the Agricultural age everyone except nobility worked long, hard hours. Even during the industrial age the majority of people worked upright. In the name of public health we are fighting smoking, trans-fats, sugary drinks, big gulp sizes, excessive fat in the diet, and even reducing speed limits, but what if our worst enemy was the benign chair?

One other curse of the chair that is seldom commented on is how it leads to lower back problems. You will note that the modern chair is very much an invention of the Western mind. Most cultures traditionally sit on a flat surface which keeps the lower back muscles properly stretched and flexible.

Years of sitting on chairs and walking on flat surfaces have contributed massively to the plague of back problems. To keep my lower back in good working order I mostly sit cross legged, or in a half lotus position when I am forced to use a chair. If I find my lower back acting up I’ll make a point of taking a long walk on earth, grass or beach, which forces me to use the rotator muscles that do not get worked when we walk consistently on flat surfaces. After a good hour of such walking I usually find that my back has loosened up enough to alleviate any pain that might be bothering me.

WHAT CAN WE DO?

While our study from the American Journal of Epidemiology maintained that vigorous physical activity during the other hours of the day could not compensate for the risk associated with prolonged sitting, exercise did prevent it from getting worse. So there is no logical reason to avoid exercise even if your job mostly involves sitting for long periods. When exercising, chose a variety of different types of exercise including aerobic, cardio, stretching and weight bearing, since each one has different health benefits for the body.

Eating properly is another way to reduce some of the negative effects of prolonged sitting. Since we know that the blood slows and the lipid profile shifts towards the unhealthy, we need to choose a diet that keeps blood flowing freely. A high fat meal, especially when high in saturated fats, causes the blood to slow and thicken so following a vegetarian diet or one like the “Mediterranean Diet” (Link) can effectively keep your blood moving well and keep the cholesterol levels balanced.

Obviously don’t smoke, and remember that simply taking 500mg of vitamin C with a fatty meal will keep the blood from thickening and slowing. Using supplemental forms of proteolytic (protein digesting) enzymes, such as Nattokinase, Pancreatin, Serrapeptase or Bromelain, can help to keep fatty deposits off of the arteries and will also work to keep a healthy blood flow. Certain other supplements also prevent platelet clumping and will be of benefit in preventing clots and arterial damage. These include vitamin E, Omega 3 fatty acids, Gingko, Ginger and Garlic.

One cardiologist at the Mayo Clinic, Dr Gerard Fletcher, suggests that others can make simple adjustments like he does, for example he works at his computer standing up. “When you stand up, you shuffle around a little bit, you use muscles not required when you’re sitting or lying down.” Which brings us back to the Chinese saying at the opening of this article: if you can sit, stand…