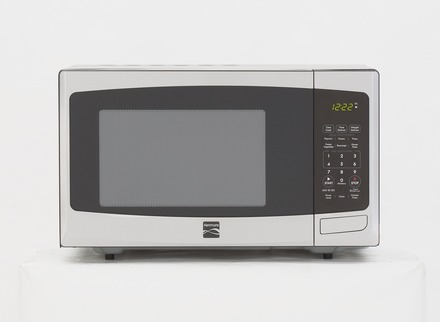 Over 90% of North American households use microwave ovens for some if not most of their cooking. I personally believe that we should avoid microwaved food like the plague. Like the plague that will follow the widespread use of microwaved food, combined with our microwaved brains from cell-phone use. O.K not plague per se, but rather brain tumor camps.

Cell-phone use is the subject for another newsletter, but the point is the prevalence of microwaves, not just from the aforementioned sources, but flowing through our bodies right now, if we live in a city or suburb. You don’t have to use a cell-phone: you just have to be in an area that gets good reception. So the external microwaves, on top of the radio waves, t.v signals, and electro-magnetic fields everywhere are adding up to a point where our organism is subtly assaulted daily. Adding microwaved food to this is simply adding insult to injury, and at some point the camels’ back is going to break.

In Oklahoma, in 1991, a woman named Norma Levitt died following hip surgery when a nurse “warmed the blood for the transfusion in a microwave oven.” Blood used for transfusion is commonly warmed, but this is the first (and most likely the last, given the lawsuit) time that it was heated in a microwave oven. While we’ve been convinced that heating is heating, and microwaved food is just as healthy as conventional cooking, this tragedy clearly showed that microwaving does something unusual.

A University of Minnesota announcement hinted at this when they suggested that heating baby formula in a microwave may cause “a loss of some vitamins” and “some protective properties may be destroyed” by heating expressed mother’s milk in such a manner.

Now all heating breaks down some of the nutritional value in food, but when the Journal of the Science of Food and Agriculture compared various cooking methods, microwaving proved to be the worst for depleting nutrients. They found that microwaving destroys 97% of antioxidants and between 75 and 85% of the polyphenols found in whole foods. These are the substances that allow good foods to help fight disease and prolong life. So, the microwave reduces your food to neutral, but it will at least still sustain life, right? Maybe not.

In 1992 two Swiss researchers, Blanc and Hertel, published some disturbing information on microwaved foods in “Search for Health”. A Swiss trade organization somehow managed to have the courts issue a gag order, and they were threatened with heavy fines and imprisonment if they published their findings. Blanc recanted his position and Hertel went on a lecture tour and demanded a trial by jury.

What these scientists did was run a small-scale study of eight people, taking blood samples from them immediately after eating microwaved food. They first found that hemoglobin decreased: “These results show anemic tendencies. The situation became even more pronounced during the second month of the study.”

They also found that the number of leucocytes (white blood cells) increases after eating microwaved food, something that can indicate to a hematologist that there may be infection or poison in the body. These cells are produced in the bone marrow and help to defend the body against infectious disease, and are involved in inflammatory and immune responses. Thus when they increase in the blood they are responding to a threat to the body.

In August of 1998 the court gag order was ordered removed by the European Court of Human Rights, and Hertel received some monetary compensation.

In 1978 Russia banned microwave ovens based on their research. The ban was lifted after Perestroika, Gorbachev’s program of economic reform. U.S. researcher William Kopp collected the result of years of Russian research that included the following findings: A decline in the nutritional value of all foods studies including a reduction in the bio-availability of B vitamins, vitamins C and E, minerals and essential fatty acids; Weakening of the immune system and a higher percentage of cancerous cells in the blood; Cancer-causing compounds created in microwaved milk and grains; Free radical formation in root vegetables; A statistically higher incidence of stomach and intestinal cancer in those regularly ingesting microwaved foods.

Standing in front of a microwave while is operating is also dangerous. Remember also that most restaurants microwave a lot of their foods, even health food restaurants. Frozen restaurant meats often come with built-in grill lines so that they can be microwaved, but look grilled.

Finally, for those with an esoteric bent, there is the work of Dr. Emoto. He is the fellow who photographs water crystals with an electronic microscope. He has shown that natural spring waters have an orderly pattern, much like snow flakes. Contaminated and polluted water has lost its pattern and shows as a chaotic lack of form. What he also discovered is that water with positive words attached for 24hrs, placed where people can observe it, will show a healthy pattern, and water with negative words attached will look like polluted water crystals.

The amazing thing is that you can take denatured water and put positive words or phrases on it (eg. I love you, Thank you) and, given that it is observed by people, it will reconstruct into a perfect design. Basically this is quantum physics writ large. The thoughts of the people reading those positive, or negative words are virtually constructing or deconstructing the molecular patterns of the water. And almost everything that is or was alive contains water.

The relevant point here is that once water is microwaved it cannot be reconstructed into a healthful pattern. If this part sounds unbelievable, I suggest you do a web search for “Dr. Emoto” and judge for yourself.