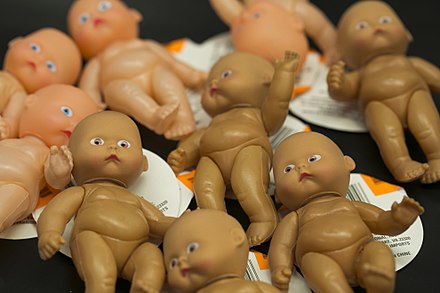 Hormone disrupting chemicals are everywhere in the 21st century, due to the prevalence of pesticides and plastics. These chemicals, known as Xenoestrogens, because they mimic the female hormone estrogen, find easy purchase in the human (and animal) body. Xenoestrogens block or enhance the effects of estrogen in the body by binding to estrogen receptors. And excess estrogen, even the natural form used in Estrogen Replacement Therapy, is linked to increased rates of cancer.

Areas where the levels of Xenoestrogens, dioxins, bisphenol A, phthalates and organochlorine pesticides (PCB’s, DDT and Lindane) are found to be high in the soil and water, also prove to be places with higher than normal breast cancer rates. And the causes of breast cancer seem to often be the same causes of prostate cancer. These substances are endocrine disruptors, which means that they interfere with the body’s normal hormone signals, and thus will damage the immune system and affect reproduction and childhood development.

Some of the worst offenders are the plastics we use in day-to-day living. The pesticides we do our best to avoid by purchasing mostly organic foods (see newsletter #4 “ Why Organic?” for a list of the safest and most dangerous foods). Dioxins and organochlorine pesticides also build up in animal fat increasing our exposure when we eat fatty meats, and use whole milk or full fat yogurt. Yet another reason to buy organic meat and dairy products.

Cling-wrapped meats, cheeses and other foods sold in delis and grocery stores are wrapped in PVC. “Plasticizers” known as adipates and phthalates are added during production to soften the PVC into a flexible form. Traces of these chemicals can leak out of PVC when it comes in contact with foods, especially hot or fatty foods, and have been shown to cause birth defects and damage to the liver, kidneys, lungs and reproductive systems in mice.

Phthalates are suspected of interfering with hormones and the reproductive development of baby boys and may be a carcinogen. Perhaps the worst exposure to phthalates occurs with that “new car smell” which is actually a gassing off of phthalates from the initial heating up of a car full of plastic, glue and synthetic carpets. These fumes also include the know carcinogens benzene and formaldehyde. Most of these gases dissipate in the first year, so for optimal health one really doesn’t want a brand new car.

Polycarbonate bottles (#7, including baby bottles and home delivery water bottles), microwave ovenware, eating utensils and plastic coatings for metal cans are made with bisphenol A. Many studies have found that bisphenol A, like phthalates, interferes with hormones. Bisphenol A removes protective molecules that prevent genes from being turned on at the wrong time or in the wrong tissue. Animal tests indicate that exposure to bisphenol A in the womb raises the risk of certain cancers (especially breast and prostate cancers), hampers fertility and could contribute to childhood behavioral problems such as hyperactivity.

A study on mice indicated that bisphenol A alters the function of mouse pancreatic cells, which produce insulin, suggesting that the chemical may increase the risk of developing Type II diabetes. And another rat study found that it led to increased growth, suggesting that the chemical might trigger obesity. No surprise since excess estrogen is already linked to obesity. A study from the University of Rochester found that men with the highest level of phthalates in their bodies had 3-inch wider waists than those with the lowest levels.

Certain nutrients have been found to have a protective function when it comes to these hormone-disrupting chemicals. Folic acid and vitamin B-12 (methylcobalamin form) are known as methyl donors and help the body to detoxify these elements. We require a minimum of 1 mg of folic acid and 100mcg of B-12 daily, though it is safe to take much higher dosage levels. Methyl donors are involved in the metabolism of fats and DNA. Methylation of DNA can prevent the expression of damaging genes including cancer genes. Other supplemental forms of methyl donors are DMAE, DMG, TMG and SAMe.

Another substance called Calcium D-glucarate prevents the re-absorption of these excreted estrogens, and two foods rich in this protector are apples and grapefruit (which are best chosen in organic form). The polyphenols found in green tea have as well been shown to protect against estrogen related cancers, but remember that the benefits of green tea accrue at 3 to 5 cups per day.

Phytoestrogens, or plant estrogens, will occupy estrogen cell receptors, displacing excessive or synthetic estrogen, and are sometimes called anti-estrogens as a result. One of the most protective substances is the component of flax seed called lignans, a type of phytoestrogen, Five to ten grams of fresh ground (or pre-ground but defatted) flax seed daily, will displace strong or synthetic estrogens. Lignans will also block testosterone from breaking down into DHT, which causes swelling of the prostate. In one limited study (25 men) a high lignan intake reduced the rate of cancer cell growth and lowered PSA levels as well.

Chlorella is a fresh water alga rich in nutrients and renown for its powerful detoxifying abilities. Chlorella is high in RNA and DNA, supporting cellular repair, and cleans the bowel, blood and liver of toxins and heavy metals. It is one of the few substances that can remove pesticides from the body (including DDT and PCB’s). As well it helps the body to remain alkaline, which is of critical importance to good health. Chinese medicine points out that much of the damage done by modern chemicals occurs because they are so acidifying to the body.

Chlorophyll, the green pigment of food, can be purchased as a liquid supplement, and is the best bang for your buck when it comes to cleaning the blood and liver of toxins and keeping your body in an alkaline state. If you are not sure about your acid/alkaline status, you can purchase pH strips from vitamin stores, and can chart your levels.

For more information on safely using and choosing plastics, search for “Smart Plastics Guide: Healthier Food Uses of Plastics” which is found on the iatp.org site.

When using plastic containers avoid heating them or putting them through the dishwasher, as this will increase the amount of leaching that occurs. Use glass or ceramic containers instead and look for products with code #2 (high density polyethylene), #4 (low density polyethylene) or #5 (polypropylene). Even if a plastic container says that it is microwave safe, micro-waving it will cause more of the chemicals in the plastic to leach into the food. If you must microwave (and I strongly suggest that you don’t: See newsletter #9 “Dangers of Micro-waved Foods”), always use a glass container.

To finish I would like to point out that NutriStart Pod customers are already well on their way to being somewhat protected against these 21st century scourges. Nutri-Pods Vitamin Paks contain protective amounts of Vitamin A and natural Beta Carotene, Vitamin B-12, Folic Acid, Vitamin C, Magnesium and Selenium, along with Vitamin E and a number of bonus antioxidants.