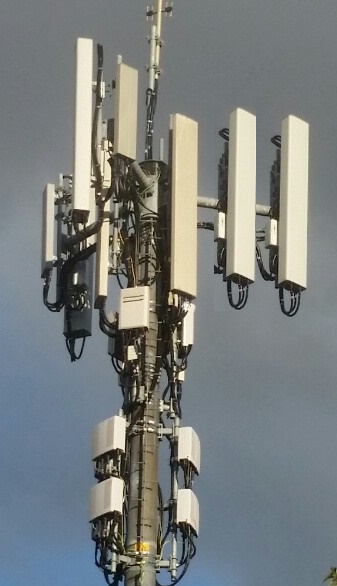 One of the most common dangers of the 21st century is our constant exposure to Electro-Magnetic Fields. Electronic devices put out a field of frequency that can be measured with a “Gauss” meter (these meters are available for purchase over the internet). Long term exposure to fields above 2 on the gauss meter have been linked to increased cancer rates in European studies. For our purposes of day-to-day health, the important thing to note is that rat studies have indicated that EMF’s reduce melatonin levels.

The worst exposures to Electro-Magnetic Fields occur from desktop computers, electric cash registers (for those who work in front of them), electric blankets, electric-clock radios (closer than 4 ft from your head), telephones (both land-lines and cell-phones) and newer vehicles. These are the items that give us long-term exposure. Other devices also put off high EMF’s including electric stoves, blenders, hair dryers, and refrigerators, but we tend to spend less time in their vicinity, and thus have less long-term exposure.

Melatonin is produced when we get at least a couple of hours of daylight outside, and is inhibited by artificial light when we are trying to sleep (thus we need to sleep in a room that is as dark as possible). Recently a link between artificial light and breast cancer was reported, which supports work done in Italy years ago linking low melatonin levels to increased cancer rates. Some studies have even found melatonin supplementation to be an effective co-agent for treating cancers. Because melatonin is also a free radical scavenger it is part and parcel of a healthy immune system.

Clearly melatonin deficiency is a 21st century issue and something all adults should consider supplementing with, unless they live a country life with minimal electrical exposure. I say adults because the one group that should not take melatonin is adolescents. The body withholds melatonin during puberty while the sexual organs develop, so never give it to children without the advice of a professional. The other thing to be aware of when supplementing with melatonin is the amount that you require for your age.

Most supplemental melatonin comes in 3 mg pills, yet only someone 70 years old requires that much. Too much will keep you awake, cause excessive dreaming or leave you groggy in the morning. I generally suggest starting with half of a 3 mg sublingual (under the tongue), taken 5 minutes before shutting off the light. A timed-released melatonin can be more effective for those who awaken in the middle of the night.

As fears of pandemics rise, with a certain amount of basis in reality, though far from the media-based reality, it does behoove us to look at the most powerful anti-viral agent available. This is the trace mineral Selenium. Much of the information available about the anti-viral properties of Selenium have been gathered by Dr. H.D. Foster, a brilliant scientist located here in Victoria. Dr. Foster came to renown for his work examining the levels of minerals in the soil and water around the world and co-relating these to the particular disease rates in these areas. For a look at his work visit his website: www.hdfoster.com.

For now we will discuss his work on Selenium. In the areas of the world where the soil and diet are selenium deficient (most of sub-Saharan Africa), AIDS is the leading cause of death. Yet, in Senegal, where the soil is derived from selenium-rich marine sediment, the HIV rate is at an unusually low 0.5 percent. Dr. Foster also points out that Finland has about 50% of the HIV rate of its Nordic neighbors. He links this to the addition of sodium selenite to all fertilizers used in Finland, which was legislated in 1984 (designed to reduce heart disease rates). Death from AIDS is also very low in Bolivia, which is a major producer of selenium.

In China there is a long belt of land deficient in selenium where there is a very high rate of the fatal illness of the heart called Keshan Disease. This disease is viral in nature and is not limited to China. A British study showed that 10 out of 38 heart attack patients admitted to one of the hospitals had been infected in the previous week by coxsackievirus B. Studies have also shown that patients who take supplemental Selenium after their first myocardial infarctions suffer far less reoccurrence than those who don’t supplement. Understanding the relationship between Selenium and virus has allowed China to all but eradicate Keshan Disease by adding Selenium to animal feed, fertilizers and table salt.

Research has shown Selenium to be protective against a variety of cancers including breast, colorectal, lung, prostate and skin. As well, Selenium helps to protect against Alzheimer’s, inflammatory disease, cardiovascular disease, neurological disease and infections. Most of the beneficial effects are a result of Selenium’s role in the body’s antioxidant enzyme system, particularly in the elevation of glutathione peroxidase. The current Recommended Daily Allowance is 55 mcg daily, though in the Natural Health field it is suggested that we obtain 200 mcg daily. Selenium works synergistically with Vitamin E, each enhancing the potential of the other. The best researched Selenium supplements are those derived from a yeast base.

An easy way to remember the most important of the antioxidants is the term ACES. These four free radical scavengers are also the most well researched of nutrients and, as you can see, three of them fall under our category of Critical Nutrients for the 21 st Century: Vitamin A (or natural Beta Carotene), Vitamin C, and Selenium. Vitamin E, which also brings oxygen to the blood and tissue, is of particular value in protecting the heart. Which, considering heart disease is the leading cause of death by disease, should be also be considered a fairly essential nutrient to supplement with.