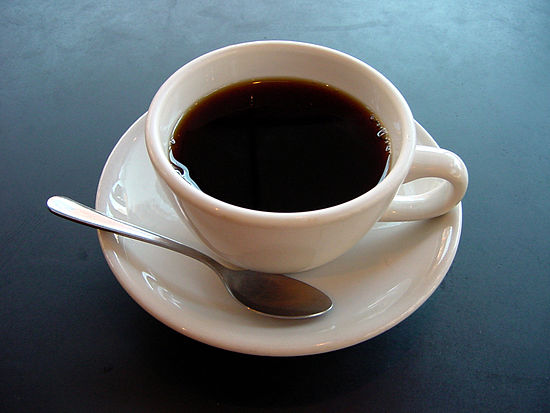 THE DOWNSIDE OF COFFEE

We have looked at the positive attributes of coffee in part one, so now let’s have look at the other side of the debate.

Caffeinated coffee may aggravate pre-existing conditions such as migraines, arrhythmias, and may cause sleep disturbances. Caffeine may cause anxiety disorders in those prone to such conditions. One study found that drinking more than four cups a day can promote bone thinning, and another study showed that women trying to get pregnant improve their chances by cutting back on coffee.

When we look at these studies it is important to note that they never look at whether the coffee is drunk black or with cream and sugar. While black coffee has somewhat of a bitter taste and thus can be somewhat alkaline and can aid in bile flow for digestion, the whole nature of the drink changes when we add dairy and sweeteners. Both these substances skew the nature of the drink towards acidic. Since acidic substances cause the body to leach minerals out of the bones to neutralize the acid, we can see that whitened and sweetened coffee, in excess, can easily be linked to bone thinning. In the study mentioned above where coffee seemed to reduce fertility we can find a link by considering how it negatively affects the adrenal glands.

COFFEE AND THE ADRENALS

From the perspective of Chinese medicine, coffee, since it is a stimulant, depletes “kidney essence” which is your storehouse of constitutional chi, and determines your fertility, vitality, and longevity in later years. The closest thing to Kidney essence in Western natural medicine is their view of the issues surrounding the adrenal glands.

The traditional view of coffee in the Western natural healing field is that, outside of enemas (used for liver detox), coffee has detrimental effects on human health. It is believed that the stimulating effect of caffeine is abusive to the adrenal glands, by increasing levels of adrenaline. The adrenaline leads to increased cortisol and high cortisol in the blood is linked to issues of fatigue, anxiety, sleep disorders, weight gain and hormonal imbalances. Stress and high cortisol is going to reduce immune function and, combined with hormonal imbalances, we can see how these negatives would impact fertility.

So, consistently being in a high stress environment and drinking a lot of coffee is a combination that is a recipe for health problems in the long run. The problem is that when we try to quit the coffee, to rescue the adrenal glands, we seriously miss the mood elevation that the dopamine provides us.

One thing to consider is whether you can do without a daily dose of coffee. If not, you may consider yourself somewhat addicted. Studies showing that coffee drinkers have lower levels of depression, Parkinson’s disease, and lower suicide rates than non-coffee drinkers, are often thought to be a result of its ability to raise levels of the neurotransmitter dopamine in the brain. Like most addictive substances, from sugar to heroin, caffeine stimulates the brain to produce the neurotransmitter dopamine.

Dopamine is our number one evolutionary reward mechanism designed as a payoff for learning and nesting. The brain produces dopamine when we make a new connection while learning and when we are flush with new love, which is why falling in love can be addictive. (After the “honeymoon phase” of a new relationship the dopamine levels off and other more calm neurotransmitters and hormones are produced that encourage long term bonding.)

Dopamine prevents depression and encourages motivation.  While the dopamine makes us feel better, the caffeine also increases the brain’s activity and neuron firing. This is one reason why there is high coffee consumption in areas that lack sunshine for extended periods, such as the Pacific Northwest and Nordic countries.

Coffee dependency is obvious to any of us who have been regular drinkers of it. Certainly if you have ever tried to quit coffee cold turkey you would be familiar with the ensuing headaches that often plague people. Other withdrawal symptoms can include irritability, mild depression, and mental fog.

Certain supplements can help with breaking the coffee habit, especially those that naturally elevate dopamine levels. Some of the best dopamine elevators are the amino acids L-phenylalanine and L-tyrosine, the methyl-donor “Same” (pronounced Sammy) and the herbal extract Avena Sativa (green flowering oat extract). For nasty headaches it is best to take a small amount of coffee (about a ¼ of a cup) to allow the body to wean off the substance. This will usually stop the headaches and after a few days you can discontinue even the small amount of coffee with no pain.

For those who are very attached to the taste and ritual of coffee, one idea is to begin with a mix of half caffeinated and half de-caffeinated coffee.  We have seen in part one of this article that most of the health benefits accrue from the antioxidants, and that those longevity benefits hold even for those who drink decaffeinated coffee. Therefore, it would seem reasonable to conclude that, for some people, choosing an organic, fresh brewed, decaffeinated coffee could be a healthful option to totally quitting something that may give them a good amount of pleasure. Remember that when choosing a decaffeinated coffee for regular consumption it should be what is known as “swiss water” decaff, a more healthful way of removing the caffeine than the use of solvents.

A more healthful alternative to coffee is green tea, which has about 60mg of caffeine per cup versus about 110mg of caffeine per cup of brewed coffee. Even that amount of caffeine in green tea is buffered by the presence of the amino acid L-theanine, which is calming in nature. Black tea has about 60 to 90mg of caffeine per cup, depending on type of tea chosen, and has shown some health benefits including reduced incidence of stroke. For a light buzz with caffeine-like alkaloids try yerba mate, a south American herbal drink that has recently become popular in the West. The amounts of caffeine in coffee and tea beverages can vary quite a bit. For a more specific analysis of the actual caffeine content in a wide range of coffee and tea beverages check out this link.  (Article)

Habitual coffee drinking has been linked to gluten intolerance (celiac disease). The problem with coffee is that it contains a protein that cross reacts with the gluten antibodies. This has nothing to do with the caffeine component so those who are gluten-sensitive or have celiac disease, should also avoid decaf coffee if they want to avoid the gluten related health problems that grains cause.

Coffee can increase the risk of acid reflux and associated digestive ailments, especially in those of a nervous disposition and in the elderly. Older individuals with a depleted enzymatic system do not tolerate coffee with caffeine. They are recommended to take decaffeinated coffee, and this only if their stomach is healthy, because both decaffeinated coffee and coffee with caffeine can cause heartburn. Coffee kicks up stomach acid, which is why it can cause acid reflux and/or heartburn.

From the perspective of the Blood Type Diet, those with blood types A and AB, are genetically predisposed to low stomach acid and so could benefit from drinking coffee with meals. Whereas, blood types B and O tend towards having high stomach acid, and so are more likely to find coffee bothersome to digestion, especially on an empty stomach. Again, we are discussing coffee alone and any benefits to digestion for some blood types can be neutralized by the addition of sugar and dairy products, which are acidic in nature.

In conclusion, we have to look at coffee like so many things in modern life, a matter of balancing personal needs and desires with logical analysis and compromises. The idea of a nice piping cup of green tea just never has worked for me as an incentive to get out of bed, though I have tried. My fresh brewed organic coffee, with organic non-dairy whitener and honey, on the other hand, is quite an incentive. But at this point in my life I only drink about one cup a day and maybe on the weekends have another coffee during the day. This provides some pleasure and a small amount of stimulation, and I ensure that I keep my adrenal glands well supported with nutrients and herbal support. Some choose to consider coffee a weekend treat, while others find decaff or black tea to be a fine compromise. As the full saying goes, “moderation in all things, including moderation.”

« COFFEE AND HEALTH
RESVERATROL AND LONGEVITY »