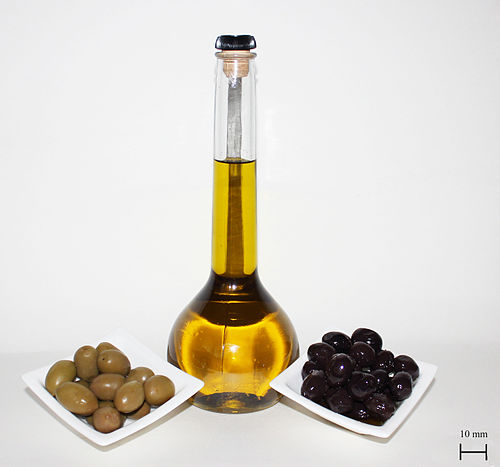 When looking at supplementing with Essential Fatty Acids the most complicated aspect is when and how much Omega 6 Fatty Acids to utilize. Often people will pick up a 3-6-9 product which is sold as a more balanced mix of fatty acids, and in the form of a liquid such as “Udo’s Oil”, it is an ideal balance of fats. That is if you have an ideal diet.

Before we get to that, just appreciate that none of these products have any appreciable level of Omega 9. That is found in Olive oil, which is one of the most healthful oils that we can consume (ideally as an Extra Virgin oil, meaning no heat or solvents were used in producing it). The now famous “Mediterranean Diet” describes the traditional dietary patterns found in the areas around Greece and Southern Italy. This diet is based on a low level of dairy, fish and poultry in combination with low red meat intake and low to moderate amounts of red wine.

While the Mediterranean countries consume high amounts of fat they have much less heart disease than the Western countries, much akin the phenomenon known as the French Paradox. It is believed that the use of olive oil as the principle source of fat in the diet, rather than meat and damaged (i.e. heated or hydrogenated) vegetable oils, is the reason for the difference in heart disease rates. Olive oil has anti-inflammatory properties and can lower cholesterol levels, blood pressure and blood sugar levels.

The 3-6-9 capsules are one-third fish oil, one-third flax oil and one-third of borage oil. Fish and flax provide omega 3, but flax oil in a capsule is a waste of time, since it would require about 15 capsules to equal the tablespoon of flax oil required to meet your basic omega 3 requirements. The same hold true with “Udo’s Oil” or hemp oil, or any vegetable oil in a capsule. A teaspoon of fish oil will be roughly equal to a tablespoon of flax oil, because it is a pre-formed Omega 3, whereas your body must convert the flax oil into Omega 3.

Thus 3 fish oil capsules would be roughly comparable to 15 flax oil capsules. Fish oil companies will debate this conversion in their literature, but the fact is that 700 million Hindus manage to survive without eating any fish and without showing any major Omega 3 deficiencies (at least when following their traditional diet.).

So, here’s the deal. We discover that the average North American has 10 to 20 times more Omega 6 in their diet than Omega 3. Since byproducts of Omega 6, when in excess in the body, are linked to causing inflammation, we hold this dietary imbalance responsible for contributing to diabetes, cancer, heart disease, arthritis and Alzheimer’s disease, all inflammatory in nature.

Realizing this, the astute student stops consuming Omega 6’s (found in most commercial, restaurant and processed foods) and starts focusing on Omega 3’s, using flax oil and consuming fish and fish oils. Eventually, one could end up deficient in Omega 6 fatty acids, which are still considered “essential” fatty acids, meaning the body must obtain them from an external source. For a woman this usually shows up as hormonal imbalance, such as PMS or menopausal symptoms. For a man it is trickier to know when he is deficient in Omega 6.

Omega 6 fatty acids are found in the following oils: corn, safflower, sesame, soy and sunflower. In other words almost all commercially used oils except Canola, and Canola is a dubious choice being a hybrid (or Genetically Modified version) of rapeseed oil, which is toxic to humans and animals. Now, Omega 6 in its biologically active form is known as GLA. While much of Omega 6 fatty acids turn into Arachidonic Acid promoting inflammation, the end product GLA my actually reduce inflammation.

GLA has been used to treat auto-immune conditions, Multiple Sclerosis, Eczema and PMS. The problem is many people can’t convert Omega 6 into GLA in their bodies due to poor health (including alcoholism) and a lack of ancillary nutrients, which include magnesium, zinc and the vitamins C, B-3 and B-6.

GLA is found preformed in Evening Primrose Seed Oil, Borage Seed Oil, Black Current Seed Oil and Hemp Oil. Hemp oil is two-thirds Omega 6, with some GLA, and one third Omega 3, but as a vegetable oil (though technically a seed) it needs to be taken in a liquid form, as opposed to capsules. The other more concentrated seed oils are often used in capsule form with Borage being the most common in 3-6-9 formulas. Udo Erasmus, the designer of “Udo’s Oil” and a world-renown expert on oils, advises against using Borage Seed oil, which, he maintains, has some naturally occurring toxic compound in it. While it is cheaper than Evening Primrose oil, at least one study showed a benefit for eczema sufferers when they took EPO, but none for those taking Borage Seed Oil.

So, what should you supplement with? Well, let’s say you have a relatively standard diet. You eat in restaurants a few times a week, buy commercial salad dressings, but aren’t eating wild, deep-water fish three or more times per week. You should just take fish oil and/or flax oil, especially if you have any inflammatory conditions. If you have eczema or a hormonal imbalance, try an Evening Primrose oil product for a while (3000 mg daily for therapy; 1000 mg daily for maintenance).

If you have an impeccable diet and you avoid all processed and commercial foods, and only use olive oil at home (and/or coconut oil for high heat cooking), then you are a candidate for the ideal ratio of Omega 3 to Omega 6, which would be available in Hemp or “Udo’s Oil”, in liquid form. Take one to two tablespoons daily on food or added to smoothies or shakes.

Most clients whom I discuss this subject with are somewhere in between the extremes. Not too many commercial foods, but not a perfect diet either. My advice to them, and those of you akin, is to alternate oils on a monthly basis. One month on “Udo’s Oil” or Hemp oil, the following month on flax or fish oil. This method keeps the emphasis on the Omega 3’s, with enough Omega 6 to cover the bases.

Now just to make it slightly more confusing I will add one more thing. I don’t like the taste of “Udo’s Oil”, though I know people who love the taste. Don’t like hemp oil either, but I do like flax oil. It turns out that, based on the Blood Type Diet (which I am a believer in), I shouldn’t have “Udo’s Oil”, because Sunflower and Sesame seeds (the oils of which are in this product) don’t agree with my blood type. The point here is that when dealing with real foods (as opposed to junk foods and ice cream, etc) we can listen to feedback from our taste buds. I stick with fish and flax oils and if I feel the need to have some Omega 6, I will pick up some reputable Evening Primrose oil capsules.

Finally, remember that bad fats steal good fats. That is, damaged oils and excessive saturated fats will rob the body of good fatty acids. And when the body wants Essential Fatty Acids it will crave fat indiscriminately. You may be craving potato chips and deep fried foods when what your body really needs is Omega 3, 6 and or 9.

« OUT OF THE FRYING PAN
A PRIMER ON ESSENTIAL FATTY ACIDS: PART ONE »