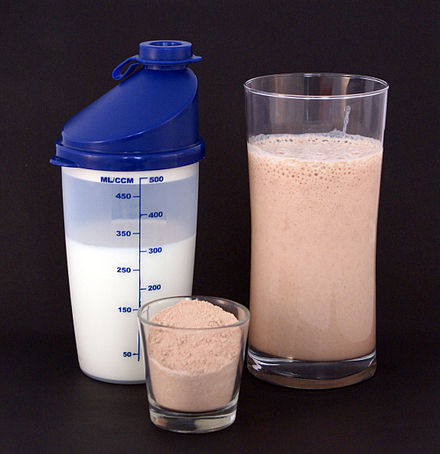 This is a Protein, This is a Carb

This is a Protein, This is a Carb: A Primer on Sports Supplements for Fat Burning and Muscle-Building.

Protein is made up of chains of amino acids. Conventional food sources of protein include: meat, fish, poultry, eggs and dairy products. Beans and legumes are moderately high in protein. Protein from soy sources such as tofu, tempeh and soymilk can actually help the body burn fat by accelerating ones’ metabolism. However, this only applies if one ingests reasonable amounts of iodine in the diet, from fish and seaweeds. Otherwise soy foods can slow down thyroid function, having the opposite effect.

Soy products can also help to balance female hormones and reduce cholesterol, however soy is a common allergen and therefore not suitable for everyone. As a supplement, powdered protein is available in the forms of whey, egg, soy or rice (and now Hemp). Whey is the superior choice as it is the only protein that enhances immune function, by raising glutathione levels. Even though whey is made from milk, those who are lactose-intolerant can use a whey protein isolate, which will have little or no lactose in it (nor does it contain casein). An isolate is about 80 to 90% protein, whereas a whey concentrate is generally about from 68 to 80% protein, and will contain 5 to 8% lactose (and is considerably cheaper to purchase).

The building block of muscle, amongst other things, protein itself will not convert to fat. When protein is found in animal products it is usually accompanied by saturated fat, which can be fattening when consumed in excess. Physical exertion, whether aerobic, weight training, or just a vigorous walk, in the absence of sufficient protein will cause the body to consume muscle, instead of fat. This is because exercise causes stress and damage to the muscles that have been exercised. These muscles then require amino acids, particularly glutamine and the branch chain amino acids, to repair them.

If a pool of amino acids, from recently consumed protein, is not available for immediate use, then body will pirate it from its own undamaged muscle tissue. One has about an hour after exertion to ingest a high quality protein, to ensure that fat will be burned instead of muscle. Meat can require more than an hour to be properly digested, so the value of a pre-digested protein powder shake becomes obvious. Both whey and soy protein isolates are very high in glutamine and branch chain amino acids, supporting tissue repair and reducing fatigue and recovery time.

In order to attain muscle growth from exercise or to encourage fat loss, one must ingest good quality protein from 4 to 6 times per day. The servings should be evenly divided throughout the day from morning to evening, at roughly 2 to 3 hours apart. Servings of protein should generally not exceed 30 grams at a time, and the most critical times to consume protein are first thing in the morning (not necessarily before exercise, but if you skip breakfast, have a protein shake), and following exercise.

Protein requirements range from about one half a gram of protein per pound of body weight for a sedentary lifestyle, to a full gram per pound of bodyweight for a vigorous muscle building or weight loss program. Thus if you weighed 120 lbs and did little activity you would require 60 grams of protein per day (in divided dosages), and if you were trying to reshape your body you would require 120 grams per day. By ensuring one has some protein at each of the three daily meals, an additional 2 to 3 servings of protein should suffice.

Complex carbohydrates, such as whole grains and yams, are not fattening due to the high fiber content, but the carbs in the standard North American diet are mostly refined (eg: juices, sugars, white rice, white potatoes, breads and pastas.) Refined (i.e.: fiber removed) carbohydrates function like sugars in the body, raising blood sugar levels and thus insulin levels. When insulin is high the body will store carbs as fat. This does not occur however in that one hour window of opportunity after physical exertion. During this time carbs no matter how refined, will replenish glycogen stores in the liver and muscles, providing fuel for the following day’s exertions.

Carbohydrates ingested before exercise will be used as a fuel by the body, instead of stored fat. Carbs, for someone trying to lose weight, are only of value after exertion is well under way (in a diluted liquid form for endurance events), and after exercise is over. After exercise one should accompany the 30 grams of protein with 60 to 90 grams of carbohydrates. If you cannot get them from a meal soon enough, then a glass of orange juice has about 30 grams of carbs and a banana about as much, so blending them with your protein will pretty much cover that base.

Those on a weight loss program generally need to reduce their overall carb intake and increase their protein intake. Most people are unaware that carbohydrates are the most fattening substance we eat, more so than even fat. In fact a low fat diet will only convince the body that there is a famine, and it will conserve body fat making it even more difficult to burn it off. By giving the body good fats (i.e.: Essential Fatty Acids), such as flax seed oil, extra virgin olive oil, or fish, we can convince it to use stored fat as fuel.

It is common now for most people using a protein shake (with or without carbs) to add a tablespoon of flax seed oil to each shake. This slows the transit time of the protein through the digestive system, allowing for better assimilation. Fat also slows the insulin release caused by simple carbs (the reason why it is good to put butter on your baked potato), making them less fattening.

Since the predigested protein powders tend to move through the system too fast (in contrast to meat which is too slow), this process of slowing the passage down will ensure the bioavailability of the amino acids, for a longer period of time. This enhances muscle repair and rebuilding, and just simply helps you feel satisfied longer if you are counting on the shake as a meal replacement. Flax seed oil, as a member of the Omega 3 family of fatty acids, also helps protect against cancer, heart disease and diabetes.

High quality protein isolates are theoretically best taken in water, but a small trade off in quality is usually worth the increase in taste value gained by mixing it into milk, soymilk or rice milk. (Cows milk is not advised for those on weight loss programs. Remember it is a biological program to build the body of a cow.) Juice is an acceptable medium for protein if you need carbs with it. Because pure protein powders are usually made without carbohydrates they are commonly sweetened with artificial sweeteners (or left unsweetened).

A protein shake makes a great evening snack but should be taken without any appreciable level of carbs. Ingesting simple carbs within 2 to 3 hours of sleep will cause your growth hormone levels to drop, due to the insulin spike they cause. Growth hormones allow you to burn fat while you sleep, and help maintain that youthful muscle-to-fat ratio. A simple way to raise growth hormone levels is to take half a teaspoon of L-glutamine, mixed with ¼ teaspoon of baking soda, first and/or last thing in the day. This has been shown in one study to raise growth hormone up to 400%, which to a degree rolls back the biological clock, also enhancing tissue repair and immune function.

L-glutamine added to your protein shake will improve recovery time after a severe work-out, and used during the day will help stabilize blood sugar levels. It also converts to glutathione, to enhance immune and detoxification pathways, glucosamine to repair cartilage, N.A.G. to heal the lining of the gut, and improves mood and mental function. Next to creatine, glutamine is the most commonly used sports supplement, protein of course being the first.

We will close with a brief look at creatine since it is the single most effective sport supplement since steroids, while being both legal and considerably safer. There has been some debate about the safety of creatine but none of it based on science. Scientifically creatine has been proven to be both safe and effective, if you purchase a high quality pharmaceutical grade, and avoid the cheap Chinese stuff. Look for the “Creapure” logo for the assurance of quality.

Creatine, a natural substance produced by the body, will make one stronger causing a better work-out which, in the presence of adequate protein, will build muscle faster, in-turn burning fat more effectively. It will also increase ATP levels, basically increasing physical energy levels, to the point where it is used therapeutically for chronic fatigue syndrome. Women take note: protein and creatine will not make you look like a man, only steroids can do that. Many women find that their exercise is not paying off the way they would expect. This is usually because they are not ingesting protein and carbs within the hour following exercise. They are therefore burning muscle and retaining fat, thus not gaining their objective. Building muscle is necessary for continual fat burning, but again, will not create a masculine looking body in a female, unless one focuses excessively on heavy weight training.

Creatine is usually taken 3 to 5 times per day, for 5 days. This is called the loading phase and gives a jump-start to the effects, but 5 times per day can cause water retention. It is important to drink extra water when using creatine, as it pulls water out of the blood. If you skip the loading phase it will take a few weeks before the extra strength benefits become apparent. Creatine is commonly used with 35grams of dextrose (glucose), which is why it is taken after exercise, when the dextrose becomes part of one’s carb load (so remember to count the 35grams as part of the 60 to 90 gram carb load). Thus, a post work out serving of creatine is one teaspoon (5grams), with 7 teaspoons of dextrose (35grams).

Now, obviously one doesn’t want that much dextrose 3 times per day, during the loading phase, so you can either use 3 teaspoons of dextrose to one creatine, during other times of the day, or use grape juice. It is acceptable to add the creatine to your protein shake, but you must not use with orange juice, as it can damage the creatine. Creatine is taken once or twice daily after the loading phase, even on non-work out days (again, don’t use the full dose of dextrose on these days,) for about 30 days. It is then advisable to stop for 2 to 4 weeks, in order to ensure that the body does not shut down its own production of creatine.

After this you can begin the cycle over again, if you wish. One alternative to spiking insulin with dextrose (which is designed to improve transport to the cells,) is to use ½ tsp of baking soda with a full serving of creatine. One authority has also suggested it is more effective to simply divide the teaspoon of creatine into the 3 meals of the day, just sprinkling onto food.