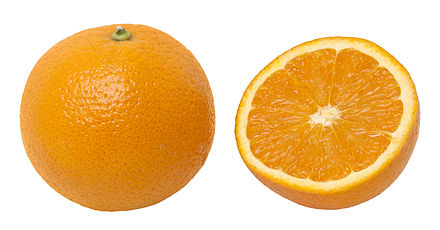 Is vitamin C worse than sugar? Of course not; this is what we call a “hook.” But there is truth in that statement, with regards to chewable vitamin C. Most chewable vitamin C does worse damage to the teeth than chewing on sugar cubes would. This is because common vitamin C is a compound known as ascorbic acid. And that level of acidity is more corrosive to tooth enamel than sugar. Sugar is also problematic, but because it feeds bacteria in the mouth that can cause cavities.

You may have heard how currently the worst beverage for causing tooth decay is now believed to be commercial iced-tea products, having replaced colas, the previous worst offenders. This is because of the high amounts of citric acid added to these products, in order to get a lemon-like tang, cheaper than using all real lemon juice. Citric acid and ascorbic acid are similar in the levels of acidity they possess.

Citric acid is not bad for you, in moderation, whereas ascorbic acid is good for you, since it does function as vitamin C in the body. However, there is a better form of vitamin C called buffered vitamin C. Buffered vitamin C, also known as pH-neutral or ascorbates, are not acidic in nature, and when they are used in chewable form are not damaging to the teeth. Although they don’t taste quite as good, since ascorbic acid tastes tart while ascorbates tend to taste bitter.

Now, chewing aside, let’s compare ascorbic acid to buffered vitamin C. Turns out that mammals which, excepting us and one or two other creatures, manufacture their own vitamin C in their bodies, produce it in a non-acid form. Since we can’t manufacture it in our bodies we must obtain it from our diets. So when we take ascorbic acid our body must react it with a mineral in order to properly utilize it.

Taking a gram (1000 mg) or two per day is not going to be an issue for most people (though there are some people who can’t take any acidic vitamin C without it upsetting their stomach.) But if you choose to take high dosage levels, say 6,000 mg daily, you are adding to your load of acidic substances, as well as depleting the body of the minerals required to cope with that acid load. If you are familiar with the acid/alkaline theory of health, you will appreciate that most people already ingest too many acidic substances, leaving them in an over-acidic condition, which leads to disease.

The other problem with high doses of ascorbic acid is that it can cause a laxative effect. Which can be a safe way to obtain such an effect, if one needs that. In the old days when ascorbic acid was pretty much the only vitamin C option, it was suggested by pioneer in the field of nutrition and godfather of vitamin C, Linus Pauling, that one constantly increase the dose of ascorbic acid until hitting “bowel tolerance” and then roll back the intake to a level just below that. It was believed that this indicated your optimal therapeutic vitamin C intake.

Like all nutrients, vitamin doesn’t exist in isolation in nature. The most important co-factor for vitamin C is bioflavonoids. When I was a kid we would often eat the peel of the orange as well as the fruit, and the white of the orange or grapefruit is where the bioflavonoids exist. Kids, please don’t try this at home, unless your citrus fruit is organic. Non-organic citrus fruit has a number of nasty chemicals on the peel including pesticides, colouring agents and waxes.

Bioflavonoids work synergistically with vitamin C, each improving the assimilation of the other. Aside from their both functioning as antioxidants, both serve to support connective tissues and a deficiency of both can show up as bruising too easily. Flavonoids especially, keep the veins and capillaries strong, preventing spider lines, varicose veins and haemmoroids, and serve to promote circulation. Cheap, and debateable as to their effectiveness, are what are called simply “citrus bioflavonoids.” These can be just citrus pulp waste, with little or no biological activity. Look instead for rutin, hesperidin, grape seed extract, or, for more powerful anti-inflammatory effects, quercetin, which can also help control symptoms of asthma and allergies.

We all know that vitamin C helps to prevent colds and, of course, scurvy. But vitamin C is also used in hundreds of metabolic functions in the body. Based on reams of scientific studies, I’d have to say that if you were to choose only one nutrient to supplement with, vitamin C would be the most important, and probably the most value for your dollar, as well.

At a dosage of 500 mg, vitamin C gives the maximum elevation of your glutathione levels, an important element of your immune function and detoxification pathways. It has been found that taking more than this really doesn’t elevate glutathione any more, so when using vitamin C at moderate levels it is best to take it in divided doses through out the day, especially since it is a water-soluble nutrient. It is best taken with food since vitamin C with a meal can increase iron absorption greatly. Also if you have a very fatty meal, like, god forbid, a burger and milkshake, as little as 500 mg will prevent the thickening of the blood that then occurs.

Higher doses may not elevate immune function much more, but it can have other therapeutic effects. For example 6 to 12 grams, divided throughout the day, can fight most forms of infection in the body from colds and bladder infection to abscess and prostatitis. Linus Pauling, the man who put vitamin C on the map, himself took 18 grams daily, maintaining that most mammals near to our bodyweight would produce at least 10 to 12 grams per day.

Pauling made it to 92 years old, though, truth be told, he also took one baby aspirin and a shot of vodka per day, in his later years. Both these things prevent platelet clumping in the blood helping to stop heart disease, and as a matter of fact vitamin C also has a role to play here. It reduces LDL, or bad cholesterol, and elevates HDL, good cholesterol. In fact some researchers believe that heart disease is simply a form of advance scurvy, or vitamin C deficiency.

Symptoms of scurvy, or extreme vitamin C deficiency, are fatigue, bleeding and bruising easily, weakening of blood vessels, and hair and tooth loss. Since vitamin C helps synthesize collagen, the structural component of blood vessels, as well as tendons and ligaments, we can see that a decline in the protective qualities offered to blood vessels, veins and capillaries could be related to arteriosclerosis.

Remember that the R.D.A (Recommended Daily Allowance) of a vitamin is only the level at which a nutrient is required to forbid disease. So, the current R.D.A. of 75 to 90 mg of vitamin C, for adults, will prevent scurvy from manifesting but it won’t necessarily be the ideal amount for optimal health and longevity. Certain clinics actually give vitamin C intravenously at doses up to 70 grams per day to treat cancer, alcoholism, and heroin addiction.

Can we get enough vitamin C from fresh fruits and vegetables? Maybe, if you live in the tropics and can actually consume fresh fruit. But, I’ve seen a pH test done on a juicy orange that showed it had no vitamin C in it, because it had been in cold storage for nearly a year.

Many studies on long-term supplementation with vitamin C, either form, have shown positive benefits: 250 mg to one gram daily reduced the occurrence of the common cold by 50%; 500 mg daily improved blood vessel dilation helping to treat angina, hypertension, arteriosclerosis and congestive heart failure; in an overview of over 200,000 adults followed for 10 years, a minimum of 700 mg of vitamin C daily reduced the risk of coronary heart disease by 25%. Other studies have shown a lower risk of cancer of the breast, lung and stomach, and lower incident of cataracts, even at lower dosage levels.

How much to take? That is a personal decision based on your health and your intake of fresh fruits and vegetables. Certain drugs, including anti-depressants and oral contraceptives, alcohol and especially tobacco, deplete vitamin C from the body. Studies indicated that up to 10 grams of vitamin C can be taken daily with no fear of toxicity nor any damage to ones’ health.

Yet as you may recall from a previous blog on B-vitamins, any consistent excessive intake of isolated nutrients can lead to the body using it less effectively. This has been shown to be true with vitamin C as well. The person who takes 15 grams daily will be more prone to showing signs of scurvy faster when they are no longer able to acquire, or just stop ingesting that much. Whereas those on a more reasonable dose of say 2 or 3 grams per day, won’t have this effect known as “rebound scurvy”.

Pregnant women should generally take no more that 5 grams daily or the infant could become dependent and also develop scurvy too easily. Aside from damage to tooth enamel from chewing ascorbic acid tablets the only other worry would be if one has too much iron in the blood, since vitamin C increases iron absorption from food up to 40%.