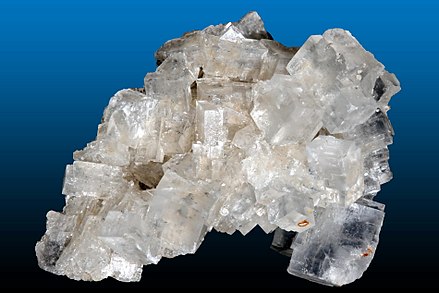 THE TRUTH ABOUT SALT

How important is salt? According to the Roman historian Pliny the Elder, as stated in his “Natural History,”  “in Rome. . .the soldier’s pay was originally salt and the word salary derives from it. . .” That the word salary still stands today indicates the historical understanding of the importance of salt to health and life.

Salt is an electrolyte and, like all electrolytes, serves the function of transmitting electrical signals throughout the central nervous system, muscles, the brain and other organs. The sodium ion (after the body breaks apart the chlorine bond found in sodium chloride) is the body’s main positively charged electrolyte, and is also involved in controlling fluids in the body, and regulating blood pressure and cellular pressure. The body regulates salt to a degree, by causing us to crave it when we need it and by excreting it through our urine when we have too much. (As a related aside, salt and fat cravings, especially for chips, can be an indication of adrenal malfunction.)

Is it possible to ingest too little salt? These days you would think not but, just as the government rallies to mandate lower salt intake, we find that, yet again, they are bringing up the rear guard.  The range of sodium-related regulations that are being implemented are mostly  based on the idea that sodium leads to hypertension, which is in turn then linked to stroke and heart disease.

THE DANGERS OF INSUFFICIENT SALT

Yet, surprisingly, one controlled study, involving about 3,000 people in the 1990’s, actually showed the opposite conclusion. In this case the patients who consumed the most sodium were less likely to have a heart attack. The 25% of males consuming the lowest amount of sodium had more than 4 times as many heart attacks, compared to the 25% of patients who consumed the most sodium (for some reason women did not show any statistically significant relationship).  (Study)

Another study published in the American Journal of Cardiology (2009), showed heart disease patients to be at even higher risk of an event when following a low sodium regimen. Those consuming normal levels of sodium were less likely to be re-hospitalized and less likely to die. Recommended amounts of sodium from Health Canada are as follows: 1500mg for ages 9 to 50; 1300mg for ages 51 to 70; 1200mg for those over 70. The current U.S. FDA guidelines for salt intake is that one should take no more than 2grams daily, down to 1500mg for those at risk for heart disease or hypertension.

In a recent study out of Europe, the study author, Dr. Jan Staessen, stated that the findings “certainly do not support the current recommendation to lower salt intake in the general population.”  This study looked at a total of 3,700 people previously followed in two different studies. They broke the total into 3 groups based on highest, lowest and average salt intake. No one in the study had heart disease at the beginning and two thirds had normal blood pressure, and they were followed for about 8 years.

Findings were published in JAMA  (Study) and the surprise was that those with the lowest salt intake had the highest rate of death from heart disease, and those who ate the most salt had the lowest rate. One measure of blood pressure, the systolic , increased along with salt intake, but the change was statistically insignificant. This study only included white Europeans so the results may not apply to other ethnicities.  Other exceptions found are based on how the sodium interacts with cultural diets, environmental factors and genetics.

For example, African Americans seem to be salt-sensitive, while Kuna natives from Panama appear to be salt insensitive.  The Kuna traditionally had a low sodium diet and had normal blood pressure.  Decades later their salt consumption was similar to North Americans, yet they continued to have normal blood pressure, if they remained on their Islands and ate their traditional diet. Those who migrated to the mainland and ate a modern diet then developed the same amount of high blood pressure and heart disease as North Americans.

So clearly there are other factors at work. Another example of this being that some of these studies that showed sodium intake to be protective against heart disease, when analyzed closely, showed that those who were overweight did not do better when they increased their salt intake. In fact the obese experienced more death from cardiovascular disease.

One of these “other factors” may be that it now appears that the issue is not just about how much sodium you consume, but how that relates to the amount of potassium that you consume. An American study (Archives of Internal Medicine) surveyed over 12,000 people whom they followed for about 14 years.  They found that a high sodium intake was linked to a higher mortality rate, but a higher potassium intake was associated with lower mortality.

Those who had a higher sodium-to-potassium ratio had more risk of heart disease. Those who eat a mostly plant based diet will naturally get more potassium and less sodium.  Meat is the highest source of sodium in the diet, and I am forever telling vegetarians to be careful if they are avoiding salt since they can actually become salt deficient.

One other factor overlooked by the scientists is the possibility that table salt may one of the only appreciable sources of iodine in the modern diet. Iodine deficiency is already common and the extra radiation in the environment is going to worsen that condition. Since seaweed is the only serious source of iodine in the diet and is seldom consumed by Westerners, deficiency is widespread, though seldom acknowledged by Western medicine. A quick google-search of “iodine deficiency and heart disease” indicates that this is a valid theory. (Article)   (See also my two previous blogs on Iodine.)

A NATURAL PERSPECTIVE ON SALT

Now, let’s have a look at salt from the natural foods perspective. The first thing to be aware of is that when Pliny the Elder was writing, salt was a far different substance from what it commonly is now. I raised my family on the supposedly healthy sea salt from the health food store, but now I realize that it was not much better than regular table salt, except for lacking in synthetic iodine, anti-caking and flow agents. The problem was that commercial sea salt was treated much like table salt with all the other minerals being removed, leaving a product that is 98% sodium. If we were to dry out sea water we would get a substance very close to human blood in its mineral profile.

The true salts, those naturally processed, without the minerals stripped out, average about 35% sodium with the remaining being comprised of magnesium, potassium and a wide array of trace minerals. This can be observed in the nutritional panel on the side of the product where, if the serving size is 1,000mg (1gram) the amount of sodium is listed at between 350mg and 400mg (indicating 35 to 40%). Such products are balanced in their mineral profile and are a healthful addition to the diet.

These salts include Celtic, Nature’s Cargo, and Himalayan. Other naturally harvested and dried products are found from the Arctic, Hawaii and Vancouver Island salts, with new ones entering the market place all the time, as salt moves into the gourmet food arena. Personally, the best salt I have tasted is from New Zealand.

Himalayan salt stands as unique in the salts because it is fossilized and thus predates modern times and the industrial age. The other salts are derived from the oceans of today, which are more or less polluted, depending on where the harvesting occurs.

According to Oriental medicine salt can be an irritant to the digestive system if the crystals are swallowed whole. Therefore, it is recommended that salt be added to the cooking process or in some manner dissolved into the food. This would not be an issue if people chewed food to liquid, but given our tendency in the West to gulp n’ go, salt added at the table is very often not properly dissolved. This is the opposite of pepper. Black pepper is damaged by cooking and is most healthful when added at the table.

Studies have found a correlation between pre-ground pepper and increased prostate cancer, as well as a reduction in prostate cancer risk for those who use fresh ground pepper (remember: third world cash crops are best purchased in organic form). This is probably because peppercorns are high in oils and being pre-ground gives them a chance to go rancid, unlike the fresh ground version.

As usual, there are pros and cons to this subject, and we need to look at our whole diet and lifestyle when deciding how much salt we need. But, certainly we need sodium (and iodine), and unless your diet is high in animal protein you probably should use some salt, letting your taste buds and cravings help you determine how much to ingest.

« Revisiting Iodine
PROSTATE CANCER IS NOT LINKED TO VITAMIN E »