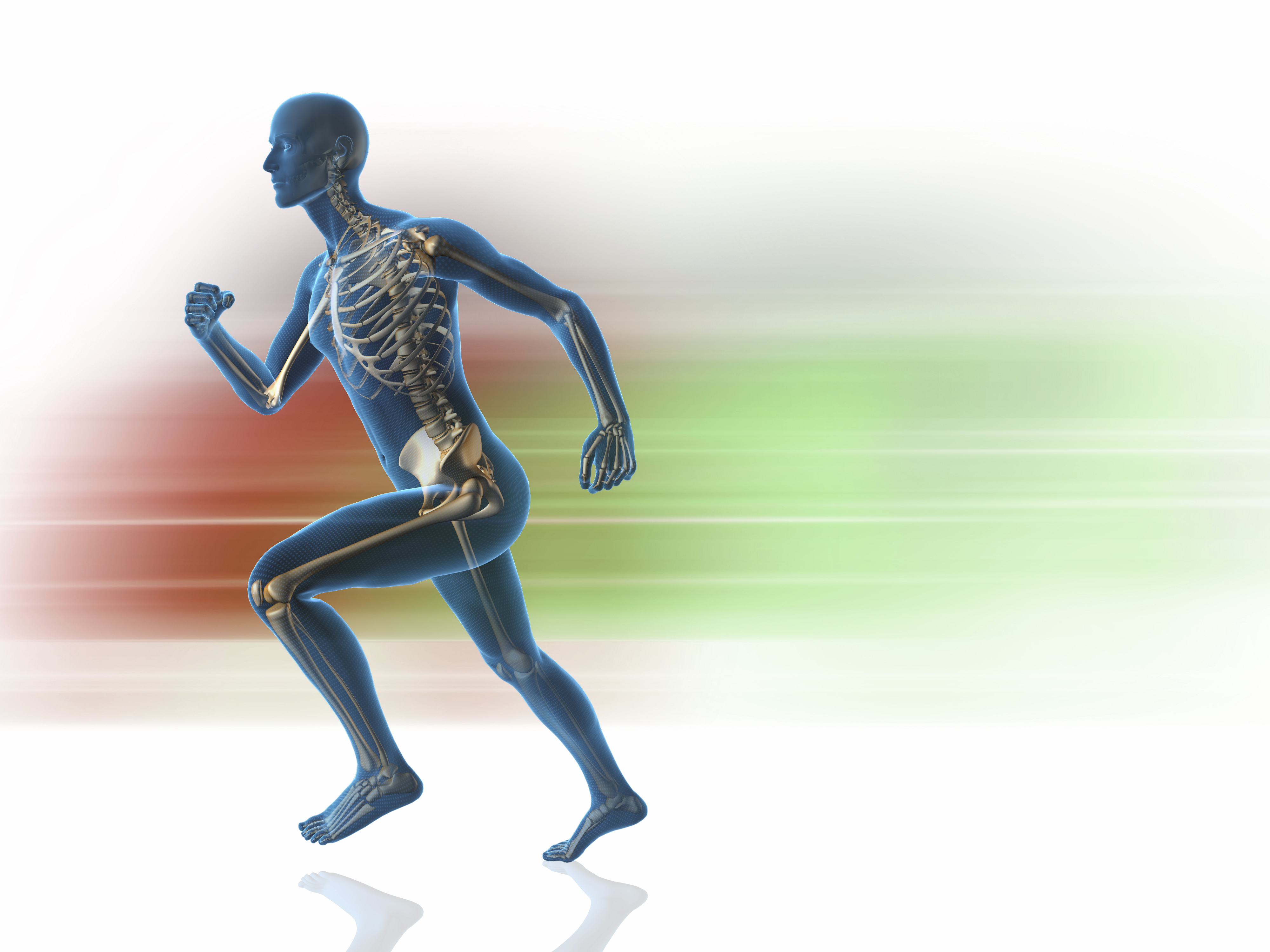 Supplements That Protect Against Radiation

I will wrap up the radiation material with this final blog so that we can move onto new subject material in the future. I strongly suggest that my readers continue to follow the information on the Japanese nuclear crisis because we are being horribly let down by our government officials, who have not even deigned to warn pregnant women of safety measure they should incorporate.  Tracking Radiation on the West Coast

Most of the damage following the Chernobyl crisis occurred in the decades that followed with increased cancer rates in the surrounding areas and countries. Here the story is no longer “news” though, as of this date, the plant in question is still spewing radioactivity into the world. And it’s not going away (except for the radioactive iodine which has a short half-life); it is just going to keep circulating, settling into the environment and moving up the food chain.

Below I will go over the herbs, vitamins and minerals that are of value in our long term approach to protecting ourselves and our loved ones. 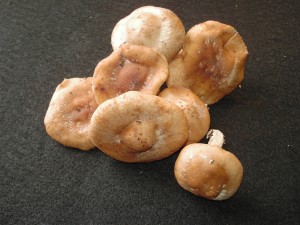 We last ended with an overview of the ginseng family, and will now continue with other herbs that are of value in protecting us against radiation damage.

Astragalus: For workers in the nuclear industry who are exposed to highly dangerous amounts of radiation there are certain drugs used to help them. These drugs, Neupogen and Neulasta, are blood-derived medications that increase the manufacture of white blood cells, encouraging the body to fight off infection. The herb Astragalus also has this ability to increase white blood cells, as well as being a superior immune supporter. Astragalus is extremely safe, even for children, and works best when taken as a tonic over long periods. Much more information on Astragalus can be found on two previous blogs. https://nutristart.com/astragalus/

Green tea: specifically protects against side effects from gamma radiation, and is a powerful antioxidant, protecting against general free radical damage. Drink frequently.

Milk Thistle: Detoxifies and rebuilds the liver, and though it is not specific to radiation, the liver handles the majority of the body’s burden of toxins, and milk thistle does also raise glutathione levels in the liver.

Other radioprotective herbs: Traditional blood cleanser formulas also will help remove the toxic load on the body allowing it to cope better with the extra burden of radiation. Based on the most powerful herbal blood cleansers, red clover and burdock, formulas such as the Hoxey Formula (which included potassium iodide) and Essiac were used as alternative cancer treatments, decades ago. The best available such formula is Flor Essence (which also includes Kelp), a modern variation on the Essiac formula. Recently the herb echinacea has also  been found to be radioprotective. Echinacea will kick up immune function, fight infection and clean the blood.

Boron: the mineral boron is being used to wash down the leaking power plant in order to trap the radiation in the cooling water. It is used in nuclear power plants to reduce pipe corrosion and because it absorbs radiation very effectively. Boron as a supplement is useful for treating arthritis and osteoporosis, as well as for hormonal regulation in both genders. Found in high amounts in organic apples, which, along with the pectin and calcium d-glucarate, make this the superior fruit for protecting against radiation. Usual dose is 3mg daily.

Calcium: protects against absorption of strontium and uranium into the bones. Use only if not consuming dairy products.

Iron: inhibits the absorption of plutonium. Dose based on age and gender.

Selenium: required for the production of glutathione (internally produced free radical scavenger) and works synergistically with vitamin E as an antioxidant (see below): 100 to 200mcg daily.

Strontium: the mineral strontium has an affinity for bones and is taken up by the bones in a manner similar to how calcium is absorbed. It is therefore used to treat osteoporosis, but also will protect the body from taking up excess radiation. Usually available in dose of 350mg.

Sulfur: Sulfur prevents sulfur-35 from up-taking in the body. While not commonly available in supplement form we can use MSM (methylsulfonyl methane; 2 to 3 grams daily) which is a natural sulfur compound available in powder or pill form (it does taste quite bitter if you use the powder form). MSM is a good anti-inflammatory with additional benefits for tendons, ligaments, hair, skin and preventing allergies. Another supplemental form of sulfur is N-Acetyl-Cysteine (500mg to 1,000mg) also good for removing mucous from the body. NAC is one of the best boosters of glutathione, the internally produced antioxidant that is perhaps the most effective one for protecting against radiation. Do not take more than 1,500mg daily due to its ability to also be a pro-radical in excess.

Radiation does most of its damage via free-radical production in the body, which contributes to premature aging, cancer (especially leukemia), heart disease, birth defects, etc. Radiation therapy (and I use the term “therapy” very loosely) has been shown to deplete the body of beta carotene and vitamins C and E. Research on patients undergoing radiation therapy has proven that providing them with vitamin C and E reduces the cellular damage caused by radiation. Vitamin C, even in a dosage as low as 500mg, will elevate glutathione levels.

Also critical to the production of glutathione in the body is selenium which works hand in hand with the other antioxidants in a synergistic manner. These most important antioxidants are known as the ACES (with “A” referring to beta carotene).

Vitamin B-12 inhibits the uptake of radioactive cobalt. Between 500mcg and 1mg of methylcobalamin form daily.

Melatonin: A little known effect of melatonin is that aside from regulating sleeping patterns it also serves some antioxidant functions. In this case it protects the body from the effects of radiation damage on DNA. From 1 to 3 mg daily based on age (seniors require 3mg).

Bentonite clay and other food grade clays, especially French green clay, can attract and pull radiation from the body, when used both internally and externally. This works well because clay has a negative charge and radioactive material has a positive ionic charge.

One usually takes a teaspoon of clay, mix it into water, let it settle out and drink the cloudy water while leaving the sediment behind. One can work up to a teaspoon three times per day for more intense purposes. Ingesting clay should be done on an empty stomach (half hour before or an hour after eating). Clays have also proved helpful for removing heavy metals, purifying the intestinal tract and alkalizing the body.

Externally clay can be added to a bath (1 cup) for decontamination purposes. Another decontamination bath is comprised of sea salt (1 lb or 1 cup) and baking soda (1 lb or 1 cup) in a warm bath, soak for at least 20 minutes and rinse off with cool water. When used alone for bathing the amount of baking soda used varies from 1 to 3 pounds per bath, depending on severity of exposure.

When discussing the disadvantage of eating broad leafy greens for the next while, due to the potential for contamination by the radioactive rain, it came to me that if the above bath can remove radiation from the skin of humans it may make sense to wash fresh wide leafed vegetable in a solution of sea salt and baking soda (and/or clay). Other fruits and vegetables exposed to consistent radioactive rain should be peeled.

Baking soda can also be used internally and is recommended by the army for those exposed to radiation. Baking soda taken orally can reduce the damage that uranium causes to the kidneys. About 1/8th to ½ a teaspoon of baking soda in water three times daily.

Water: Currently the best form of filtration for water is believed to be reverse osmosis. It will remove the majority of radioactive particles as well removing heavy metals and pesticides. Such units are available for home use at reasonable prices. Since the radiation is carried in the steam coming off of the damaged nuclear reactors we can assume that distillation may not be effective for these purposes.

Rainwater: Certain experts (Michael Colgan) suggest that until the problem in Japan is fixed that we try to avoid much exposure to rainfall. Heavy rain has measurably increased levels of radiation in it, and allowing that to get into your eyes, mouth or to dry on the skin can absorb into the body.

Below are some NutriStart products than can be of particular benefit in helping to protect us from radiation damage.

IMMUNE START: Astragalus and medicinal mushrooms including reishi and cordyceps for immune support and protection from radiation.

NUTRIPODS: Contains a wide range of radio-protective antioxidants and minerals.

ADRENALSTART: Protects the adrenals from stress; physical, mental and emotional.