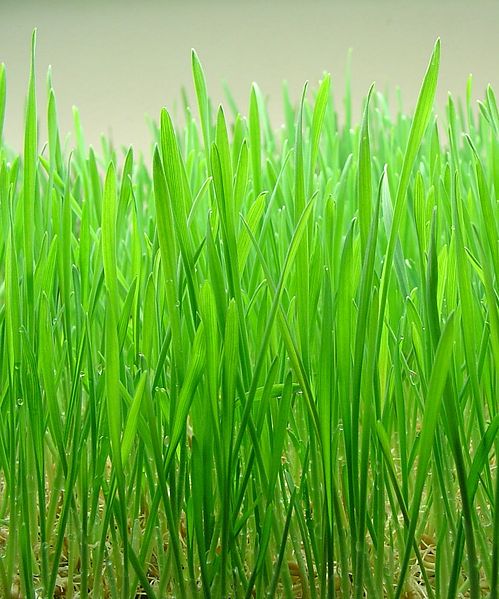 Foods that I overlooked last blog include members of the onion and garlic family (including chives, leeks,shallots and scallions) which are high in sulfur, necessary for detoxification and production of glutathione in the body.

Beans are also sulfur containing and, in moderation, can be an alkalizing source of protein in the diet. As we avoid animal proteins for the next while, beans will be an important food to add to the diet, but ideally choose your beans based on your blood type for optimal digestion and health benefits. Shitake mushrooms (organic, of course) are another powerful, immune enhancing food to add to the diet during these troubling times.

Chlorophyll-rich foods are good general detoxifiers and aid in alkalizing the body. Especially helpful for removing radiation from the body are the cereal grasses (most commonly used are barley and wheat grass). The juice concentrate of such grasses are more palatable than the ground grasses, as the gritty, insoluble fiber component has been removed from the juices. Unlike chlorophyll alone, the grasses are very high in minerals and so are much more alkalizing, and contain enzymes which work to clean the blood and improve nutrient absorption.

A wheat grass specialty company (Pines) once tested wheat grass against barley grass to see which had more value. Their conclusion was that, if they were grown in the same soil, there was no appreciable difference between the two. It should be noted that indoor grown wheatgrass has far less minerals than outdoor grown, as the shoots of outdoor can reach deep into the soil and bring up minerals into the body of the plant. Indoor grown grasses are also prone to picking up mold, which is very counterproductive to health.

The other category of chlorophyll-rich superfoods particularly good for treating radiation contamination is algae, especially spirulina and chlorella. Both these algae were used by the Institute of Radiation medicine in Russia, after Chernobyl, in order to enhance immunity and balance blood chemistry in victims of that crisis. Earthrise, an American spirulina company, provided spirulina to children contaminated during the Chernobyl crisis, to positive effect.

It is important to realize that when we use more than one variety of algae or grass juice, it is best not to stack them on top of each other at a therapeutic dose level. Thus, if you were using both barley grass (3 to 5 gr. average daily dose) and wheat grass (3 to 5gr. average daily dose), you would take only half a recommended dose of each and not a full serving. The same with stacking spirulina and chlorella.

On the other hand, it would be alright to combine a full dose of an algae with a full dose of a cereal grass, since they have different properties. The higher levels of combinations can be worked up to gradually, but too much too fast can cause side effects.

Herbs useful for coping with an additional radiation load in the body include the ginseng family, especially “panax ginseng” grown in China and Korea, North American Ginseng (Panax Quinque Folium) and Siberian Ginseng (Eleutherococcus Senticosus). The family of Ginseng related compounds are known as adaptogens and the best way to describe their effectiveness is to let the wonder of science illustrate. Early panax ginseng studies were based on giving rats ginseng extracts and observing how far they could swim. Rats on ginseng swam twice as far, as the control group (not taking ginseng) before drowning.

Now, these three ginsengs have slightly different secondary attributes that one should be aware of before using. “Red” panax ginseng is considered “heating” to the body in Chinese medicine, and could aggravate high blood pressure or hot flashes. On the other hand “North American” ginseng is “cooling” to the body and would actually be helpful to such heated conditions.  Panax ginseng that is not processed to be “red” is only “warming” in nature and Siberian ginseng is even less warming and almost “neutral” in nature.

Unless one knows (generally via a Chinese medicine practitioner) if one has a heated or cooled (or “deficient”) nature, one is advised to stick with non-red panax ginseng or Siberian ginseng, which are both safe for long term use.

That’s all for this time; next time I will continue with more supplements that help us to cope with radiation issues.