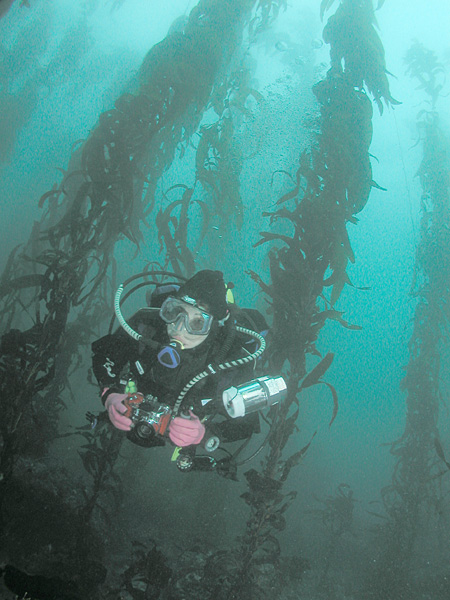 The subject of radiation and iodine is obviously a hot topic right now, but also a loaded one. It has been observed that more long lasting damage to individuals caught up in the Chernobyl meltdown was caused by fear and stress than by actual radiation damage (not counting children).

Paul Pitchford commented, in his book “Healing With Whole Foods”, that during that time many natural food followers in North America, also made themselves sick by overeating miso and seaweed, along with copious amounts of detoxifying green foods (wheat grass, chlorella, spirulina, etc). Much more ill than the amount of radiation that they would have received in North America would have done.

Such related hysteria has followed the Japanese situation, probably expressed more here than in Japan. Fear is a great motivator of consumption (as noted by Michael Moore in “Bowling for Columbine”), and health food stores could not keep seaweed and iodine products in stock. People were angry at the lack of stock (though who could have prepared for this?), fearful from receiving conflicting information (one of the drawbacks of the internet is the extremely bad information that is side by side with real facts), and generally over-stressed.

These kinds of emotions when they run wild do not allow us to think clearly and they actually add to the burden on the adrenal glands that radiation can also affect.

Here I will try to offer what is currently believed in the Natural Foods field and what the responses are from those employed in this area.

Firstly, the reality is that, unfortunately, we have large amounts of radiation in our environment already, from decades of above ground nuclear testing by all the major superpowers in the world (after the U.S. ceased, and went to below ground testing, we still had Russia, China, France and North Korea, up until just recently). One source maintained that over 2,000 various types of atomic bombs were tested above ground during this time, with half of them being American tests done in North America or the Pacific Ocean.

What the current Japanese situation is adding to the mix is merely topping up what has been going on for far too long. So it is good to be aware that the anti-radiation protocols that follow should be considered long term suggestions, not just for this current crisis.

Remember that the basic principle of radiation poisoning is that it is not about how much you get today, but how much you get in a lifetime, so we must include medical and dental x-rays, the exposure from flying and what we pick up from foods that pull and store radiation well (bananas, brazil nuts, dairy products, and tobacco, which while not a food, will add to the radiation load of smokers).

That is because, like chlorine, radiation is a “cumulative carcinogen”, so while avoiding what exposures we can, we also want to keep a high iodine intake to protect the thyroid from up-taking radioactive iodine, and continue to consume those foods that help the body flush radiation out.

Now, to iodine. There is much confusion about the distinction between iodine and potassium iodide. Seaweed products (food or pills) provides iodine, which while it will saturate and protect the thyroid, takes much longer to do so that iodide. Iodide has a direct affinity for the thyroid gland and will immediately lodge there, blocking the uptake of radioactive iodine (which is only one of the radioactive elements anyways.) And, though iodide will protect the thyroid it won’t stop uptake in other areas of the body.

One of the few potassium iodide products approved for use, in case of nuclear emergency, by the U.S. FDA is called Thyrosafe (www.thyrosafe.com). While people have been clamoring for this and related products, based mostly on internet pseudo-news, they are mostly unaware of the risk-to-benefit ratio of these types of product. Because the recommended dose is 130mg for an adult (providing 100mg of elemental iodide) the product is dangerous to use outside of a full scale nuclear meltdown in your neighborhood. (The children’s dose is 65mg for 3 to 18 years old, 32mg for 1 month to 3 years old and 16mg for under one month old.)

Fortunately, radioactive iodine has a half life of 8 days and further reduces by half every 8 days, so these high potassium iodide products need only be used for a short period.

These products are issued to people who live near nuclear power plants to be used in case of meltdown, and for those of us on the west coast of B.C. it is not a bad idea to have some on hand. There is an older model, functioning nuclear power plant, along with stored nuclear waste, in Washington State, not far from the B.C. border.

Since the west coast is considered a “red” zone, as far as earthquake potential goes, and the reactor in question is situated near another fault line, it behooves us to consider adding such a product to our earthquake kits. But, when we consider the amount of radiation that we may receive on the wind from Japan, a product like Thyrosafe is overkill, and the risk of iodine overdose outweighs any protective benefits offered.

Currently most authorities suggest that taking slightly more iodine than the R.D.A. (150mcg for an adult) is sufficient protection against what radiation we might receive from Japan. So, getting from 150mcg of iodine, found in most multivitamins, up to 300mcg, gained by an additional iodine supplement or some seaweed (as pill or food) should be enough to protect our thyroids from up-taking radiation.

As mentioned before, potassium iodide will mostly only protect the thyroid from up-taking radioactive iodine, and will do so fast. But regular iodine confers broader protection and will also protect the thyroid though it takes longer to get there. This is because there are iodine receptors throughout the body and iodine will occupy all these sites if we ingest enough of it. So, we want a good consistent intake of iodine, as seaweed or supplement, to protect us now and in the future.

A gram (1000mg) of seaweed (dried or in tablet) provides roughly between 500 and 1000mcg of iodine. But, I am a believer in taking higher levels of iodine than are commonly recommended by Western medicine (see newsletter: Iodine Madness). This is based in part on work by Dr. Derry who pointed out that the Japanese average 20 times more iodine in a day that we get in the West, and that this level protects them against many diseases (especially breast cancer and fibrocystic breast disease.) Therefore our Japanese friends should have well saturated thyroids already, fortunately for them, given current circumstances.

Since the Japanese acquire from 12mg to 18mg of iodine daily from generational seaweed eating, I feel we can comfortably take in much more than the R.D.A. (150mcg). Though, if we take iodine as an isolated nutrient in supplement form (or as “Lugol’s Solution”, which I prefer, it being a mix of potassium iodide and iodine; available without prescription from compounding pharmacies, one drop of Lugol’s is equivalent to 6mg of iodine), we should appreciate that almost all nutrients require secondary nutrients for their assimilation into the body. In the case of iodine it requires extra selenium and tin (actually a trace mineral required in small amounts).

UPDATE: It is now considered more likely that the Japanese average 2 – 3 mg of iodine daily, not the aforementioned 12 – 18 mg (though some still hold this to be true).

When eating seaweed all the cofactors would be present because it is a whole food, but if we get our iodine in supplemental form, once we get to the higher doses (milligrams rather than micrograms) I suggest adding a selenium supplement (if you don’t get it already in a multivitamin) and using “Concentrace” mineral drops. This product is made from concentrated inland seawater with the sodium removed, and has pretty much the same mineral profile as seaweed (except for the high iodine levels) and thus offers nutritional balance to isolated iodine supplements.

In our next blog I will discuss foods and supplements that help the body to remove radiation and protect it from radiation damage. One of these radio-protective substances is Siberian Ginseng (eleutherococcus senticosus), which is found at a reasonable level (100mg of a 4 to 1 extract) in the NutriPods products (Original, Men’s and Women’s).

Those people who have been using NutriPods can be confident in knowing that they have built up a protective amount of iodine (100mcg in Original and Men’s and 150mcg in the Women’s NutriPods) along with 250mg of kelp, which contains about 125mcg of iodine (and an extra 100mg of dulse in the Men’s NutriPods).

In addition, all NutriPods products contain high amounts of antioxidants, important because the main problem with radiation is the free radical damage it does in the body. NutriPods are rich in natural beta carotene, vitamins C and E, selenium, along with food-based antioxidants found in green tea extract, grape seed extract and quercetin. And it is never too late to start taking a product as protective as NutriPods for now and the future.