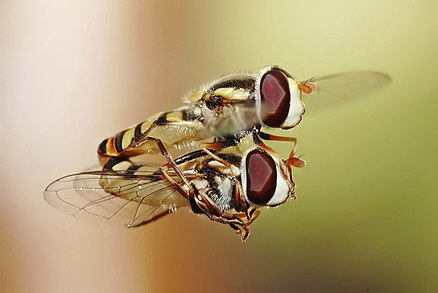 You can’t open a can of spam these days without finding an ad for penis extension. Given its prevalence you would think that there is an incredible plague of shrinking peni (more than one penis). Of course the concept is ridiculous, unlike breast expanding formulas, which are, in fact, much more likely to work.

Since the breast can grow or shrink up to 25% during sex or within the menstrual cycle, herbs known as phytoestrogens can actually work to some degree, with certain women. Such formulas usually include saw palmetto, cohosh, and fenugreek. However, the penis is pretty much fixed at its size, though in cases of abnormally low testosterone, penis shrinkage has been documented.

Most of these extension pills are in fact more aphrodisiacal in nature. And in this area, herbs work quite well for men. Since men are simple creatures, you pretty much only have to increase their testosterone levels and there sex drive goes up. For women, on the other hand, things are a little more complicated. With them the emotions and psychology are involved in sexual satisfaction, and these thing require less in the way of pills and more in the way of love and romance.

From an evolutionary point of view, this is based on man’s need to sow as many seeds as possible, while woman requires someone who will stick around the nest long enough to help raise the offspring (which evidently do leave the nest until well into their 30’s these days.) So, I’m afraid most of this article will relate to the men folk.

Another problem is ignoring what the body is trying to tell us when it no longer has the energy for erection. Again, the Chinese principle is that your storehouse of sexual vitality, known as kidney essence, is so depleted that your general health cannot afford the expenditure that sex and ejaculation requires. When we force the body to do so with drugs like Viagra, we are creating the potential for serious health issues in the future, as this kidney essence is also vital to longevity and good health. You are essentially robbing Paul to pay Peter.

The final concern about such products is their potential to cause prostate problems. Swelling of the prostate is caused by DHT, a byproduct of testosterone that is also linked to male pattern baldness. Thus if we indiscriminately pump up our testosterone we run the risk of aggravating existing prostate conditions and/or hair loss problems. There are two ways around this. Firstly, you only use the booster as needed. This works for people who feel immediate effects from them. The effects of testosterone are fairly pronounced: you get aggressive and/or horny. That is too much testosterone (way too much is actually linked to criminal behavior).

Nonetheless, you then only take the product prior to sexual activity (about an hour), or prior to sports activities (winners inevitably show a higher testosterone level than the losers, in studies of such things). If there are no dramatic effects from the product you can then use it daily for a maximum of two weeks, then take at least a week off. It takes about this amount of time of consistent testosterone elevation before the body starts breaking it down into byproducts such as DHT and estrogen. This approach should prime the pump, so to speak, and lead to gradual increase in energy levels and sexual interest.

The safer way to play with testosterone, if you have an existing prostate condition and/or hair loss issues, is to stick with herbs that don’t directly elevate testosterone but instead liberate it from the process of breaking down. This frees up your own testosterone both elevating it in the blood and protecting against those conditions caused by its breakdown. Herbs that do this may not be as dramatic as the aforementioned herbs, but they can safely be taken over an extended period of time, and a greater effect can be found in formulas, which stack a combination of them. These include Avena Sativa, nettle root, saw palmetto, green tea extract and the mineral zinc.

The most gentle way of normalizing the sex hormones, and thus the sex drive, for both men and women, is to use substances that balance the whole hormonal system, instead of just focusing on this one narrow area. Maca root when taken at a healthy dosage can do this, even for younger people, and it is safe enough for anyone to use. This South American herb (actually a tuber) is used at a teaspoon daily of the gelatinized product (that which has had the starch removed), or a tablespoon of the unprocessed powder, though more can be safely taken. It may take a few weeks to be noticeable but may also be used on a fairly consistent basis.

The other way to balance a broad range of hormones is to use an adrenal rebuilding formula, such as NutriStart’s AdrenalStart (shameless product plug). Because the adrenal system is very close to the Chinese concept of kidney essence, healthy adrenal glands are very related to our general health and vitality. It is hard to have the desire or will for sexual activity if one is simply exhausted, whether male or female. And since we live in a culture of excess stress and stimulation, almost everyone has some degree of adrenal exhaustion.

Once we have rebuilt the adrenals our stress levels will decline, our body will naturally produce the energy we need when we need it and, the relevant point here, our DHEA levels will rise. Since DHEA is a “mother hormone” it is a building block for a number of sex hormones including estrogen, progesterone and testosterone. This is useful for all manner of hormonal imbalances, including those of a sexual nature.